All in a Day’s Work: Lost in Maple Creek? 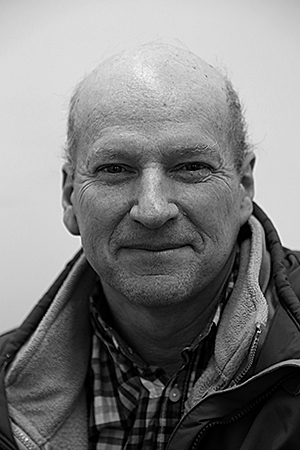 I gave myself two options: retrace my steps from the Co-op to my apartment block or try a different route, exploring Maple Creek’s crisscrossing little streets.

I chose the latter. And that is where my problems began.

Laden with three bags of groceries, I started the trek back with the enthusiasm of a pioneer venturing into the unknown.

After stumbling across the Bargain Shop, I picked up two more bags of groceries, two questions very gently picking at me.

And what was the name of the street? Prairie Street, wasn’t it? Something like that.

Well, who cared? What mattered was that after 36 years in journalism, a career path taking in England, Belgium, Holland, Malta, Bermuda, the Bahamas and Alberta, I found myself in a delightful little Saskatchewan prairie town, decorated with cowboy signage and imagery.

Yeehaw! It was 2pm on Saturday, snow was falling, laying round about, deep and crisp and even, landing in thick clumps on my woollen shirt and green winter jacket, and I couldn’t have been happier.

I still felt a lift from the “Saskatchewan Naturally” sign I had seen at the tail-end of my 700-kilometre drive from Lac La Biche, Alberta; the fact I had avoided the snow seemed a good omen for my new Maple Creek life, now just two hours old.

Lost in Maple Creek? No, impossible! It is a mere speck in the province, more a hamlet than a town.

Yet the more I trudged, the more everything appeared the same, the little streets refusing obstinately to yield clues to where I was. It seemed the snow had not only whited out Maple Creek, it had whited out part of my brain.

In my car I relied on GPS, on foot I was helpless. I had even left my cell phone in my room, so I couldn’t call the apartment block secretary or my editor, Kate.

As darkness closed in I waylaid anyone I could see. There were so few people out and about that I contemplated knocking on a door.

A man in a pick-up truck paused to let me stumble across the road. I turned and waved frantically until he rolled down his window.

“Could you tell me where Prairie Street is?”

“Never heard of Prairie Street, but all the apartment blocks are over there.”

He pointed vaguely into the snow-speckled middle distance.

I crossed the street and stopped a young woman.

Light was fading fast, along with hopes of salvation. My fingers had turned a blacker shade of dark and the tips were numb; every few minutes I put down my bags or pushed them up my forearms. The weight was cutting off my circulation, not the cold.

I imagined myself ending up like Jack Torrance in The Shining, propped against a snowdrift, a manic Jack Nicholson expression on my face, bags of split grocery bags either side of my legs.

Then salvation appeared in the shape of a lady in a doorway. She beckoned me after I blurted out my tale of woe.

In hindsight, as I relive those few hours and project everything I now know on what I saw then, her hair seemed to glow almost like a halo.

I could have been a psycho-killer from hell carrying body parts, perhaps intent on filling a sixth bag so I could even the load for each hand. 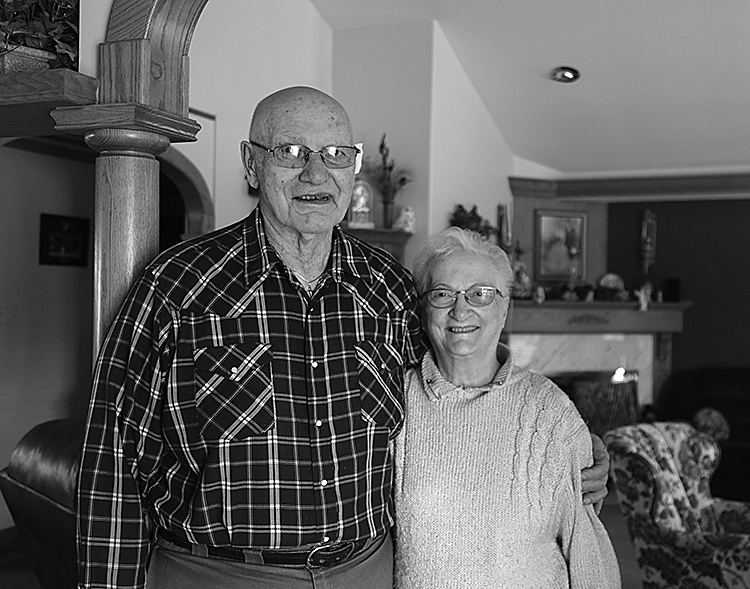 Yet my saviours, Larry and Irene Bakanec displayed only trust, personifying the Christmas messages I had seen on some house fronts. I was invited into their charming home, offered a glass of wine and told to wait until my fingers had regained feeling. Larry kept grasping my hands.

“They are still cold,” he would say.

He was worried too about my mental state and wondered whether he should call the police.

Okay, it may not have rivalled “Man on the Moon” headlines from 1969, but it was still sensational.

Eventually, Larry and Irene took me on a drive around the area, hoping I would recognize a landmark. That I finally rediscovered my bearings is all down to an RCMP car. I had seen it parked outside the mouth of Prairie Place (yes, that is correct. Not Prairie Street) when I started my misadventure. Now it proved an invaluable marker.

Larry and Irene drove me up to the front entrance, waited until I was safely inside and disappeared into the night, closing the chapter on this Christmas tale that warms my heart in the telling.

It is a tale of trust, giving and goodwill to all men, including hapless middle-aged English strangers in green coats and soggy trainers.

If Larry and Irene are typical of Maple Creek folk then I am in for a happy adventure.

In this festive season, this wonderful couple brought me great comfort and joy.

Marcus Day is a reporter/photographer for the Maple Creek News-Times. He can be reached at marcus@maplecreeknews.com

One response to “All in a Day’s Work: Lost in Maple Creek?”