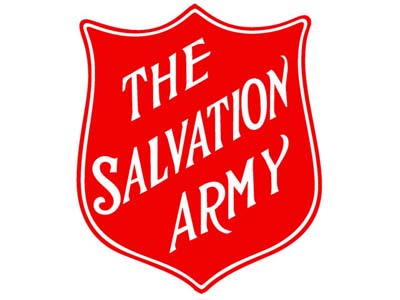 By Marcia Love
The Salvation Army is asking the community to get behind it in support of its Red Shield Campaign.
Donations are down, with the non-profit organization only reaching a third of its goal so far this year.
The Red Shield Campaign kicked off on May 1 and will run until the end of the month.
This year’s goal is $15,000, but donations have trickled in and are only at about $5,000.
“When I see this, I do get concerned,” stated Captain Ed Dean. “We do ask people to get behind us and help us to meet this year’s goal.”
Mail-outs were sent out earlier this month, but donations have been coming in very slowly.
This year’s goal remains the same as last year’s.
Dean emphasized every dollar raised locally stays within the community to support the non-profit’s work.
Funds generated by the campaign are vital to The Salvation Army’s function, as the money supports the local food bank, family services, victim services, and helps send children to camp.
Dean noted there are several factors that could be affecting the amount of donations coming in. With the higher cost of postage, he said some have simply told him they don’t want to pay a dollar to mail locally, instead waiting until they come to town to drop off their donation. He added there are fewer residents than ever before receiving ad mail, which means fewer people are aware of the Red Shield Campaign.
“Eight years ago, there was nearly 1,000 people getting ad mail, and now we’re down to less than 800,” Dean said. “That’s a big difference. We’re not even reaching half the households.”
There are always a number of other worthy causes trying to raise funds in the community as well.
Anyone wishing to make a donation towards the Red Shield Campaign can do so by contacting The Salvation Army at 306-662-3871 or stopping by The Salvation Army Hall.