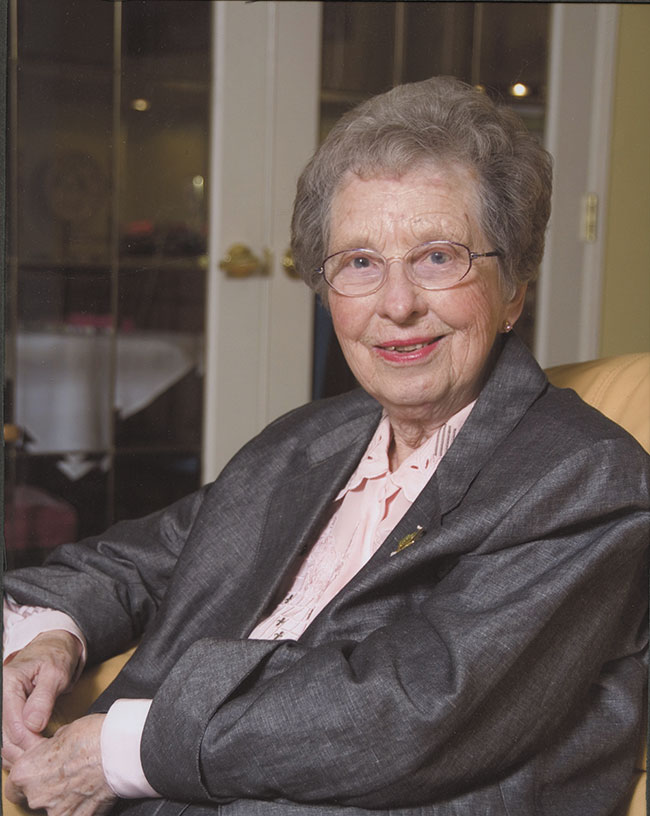 By Bruce and Iris Downing
My mother, Iris Rosina Downing (nee Hammond) celebrates her 100th birthday on Dec. 15 in Richmond, B.C.  She was born in Maple Creek, the second daughter to Lester George Hammond and Ivy Madeline (Rex) Hammond. Her father came to Canada with his parents George and Ada Hammond when he was 4 years old and eventually homesteaded in Maple Creek. The Hammonds originated from Aylesford, England and came over with his cousin Ted (Edwin) Perrin, Charles Peters and Percy Cook (Ada’s brother) in 1887.
My great grandfather was a builder and bought land in what was known then as the Whitewash area (now known as Hay Creek). Together with Ted Perrin and others they built a brick house in 1910, which is still standing. He also helped build the original Dixon store in Maple Creek and the original Northwest Mounted Police barracks just outside Maple Creek.
My mother’s family comprised three girls and three boys  and grew up on a farm two miles from town. She often visited her grandparents farm built in 1910, and which is still standing.  Her parents and grandparents were very active in the community. Being the second eldest, she and her sister Phyllis  did a lot of chores outside from milking cows, cleaning barns, feeding animals, stooking, helping with the new lambs and pumping water.  In my mothers words “We made our own fun with one another and we wore hand-me-downs until we started to earn our own money. Life was not easy for my parents but we accepted the small things and accepted it as such. I went to school in Maple Creek, also a few years to Hay Creek Country School where all grades were in one room. We always walked 2-3 miles to school and took our lunch. I drove the smaller ones into school during my high school days in Maple Creek and then I rode horse back and took the cows to pasture before going on to school, so we were up early, did the chores inside and out before leaving for school.”
She left Maple Creek in 1933 for Medicine Hat to attend business school and later moved to Regina to work for the Sask. Wheat Pool.  She met my father (William Downing) and married in 1942. My mother worked in Saskatoon while dad was overseas for three years during WWII. Later after his return they moved to North Battleford, then to Toronto, Ont., Sudbury, Ont. and eventually settling down in Belleville, Ont. Later she moved to Richmond, B.C., in 1988 (6 years after my dad passed away).
My family together with my mother made a family trip to Maple Creek in 2002 and visited her grandparents old farm, Hay Creek School, high school and the museum, where she found mementos of her family. Her aunt Elsie had taught school in Maple Creek.
My mother has spent her retired life doing volunteer work with the hospital auxiliary and community services. She does a lot of entertaining with friends and  plays a good game of bridge, crib and whist on a weekly basis.
She is in good health, having received a pacemaker this year, she resides in a senior apartment (The Maples Residence) in Steveston B.C. and continues to be active in many of their programs and keeps walking. She is the only Hammond according to the family tree living this long, which dates back to at least 1750. 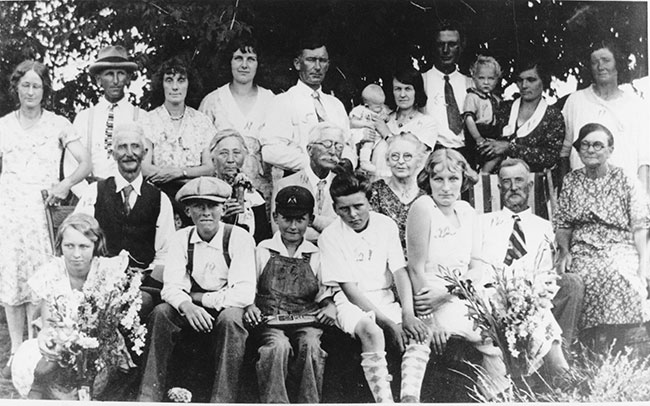