Steak Night Fundraiser for the Tryykis this weekend 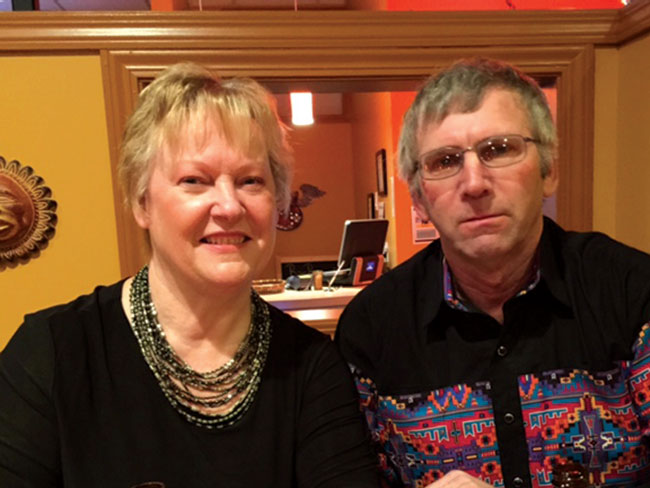 PHOTO CONTRIBUTED "Overwhelming" and "humbling" were the words Lori and Dave Tryyki used to describe the response to the upcoming fundraiser at the Rockin' Horse Bar and Grill Nov. 19.

The Rockin’ Horse Cookhouse and Bar is hosting a fundraiser this weekend for a Maple Creek resident in need.

Dave Tryyki was recently diagnosed with cancer, so the Rockin’ Horse is hosting the Steak Night Fundraiser for the Tryykis Nov. 19 to help with the costs of his treatment.

Tryyki said he has been amazed by all the people who have come out to help and support him.

“It’s quite overwhelming really, the generosity that’s been expressed for me and my wife has just been unreal,” he said. It’s “very, very humbling.”

Medical costs will be high for Tryyki as he will constantly be traveling back-and-forth from Calgary for his treatment. Due to those costs two women his wife Lori Tryyki worked with at the Healing Lodge, Jolynn Bear and Rebecca Jones, partnered up with The Rockin’ Horse to create the fundraiser.

“They have lots of fundraisers there, so a couple gals I worked with approached [Rockin’ Horse co-owner Ralph Saemann] about doing a fundraiser for Dave,” Lori said. “Any fundraiser they’ve had there has done very well.”

Tickets for the fundraiser are $25, with $15 going towards a steak dinner and the other $10 to the Tryykis. In addition to the dinner, there will be raffle prizes and a 50/50 draw to raise money.

Three members of the band League of Wolves, who are originally from the Maple Creek area, will be travelling from Saskatoon to perform an acoustic set, making the night “dinner and a show,” said Rockin’ Horse co-owner Laurie Leigh.

The fundraiser has been a big success so far, according to Leigh, with 120 people expected to come. Seeing money raised for this cause is special to her because she’s a personal friend to the Tryykis.

“It means a lot,” Leigh said. “This is what the spirit of humanity is about.”

There is room for more people so if you’re interested in purchasing a ticket for Nov. 19’s fundraiser you’re asked to contact Laurie or Ralph Leigh at the Rockin’ Horse Bar and Grill at 306-662-2430.