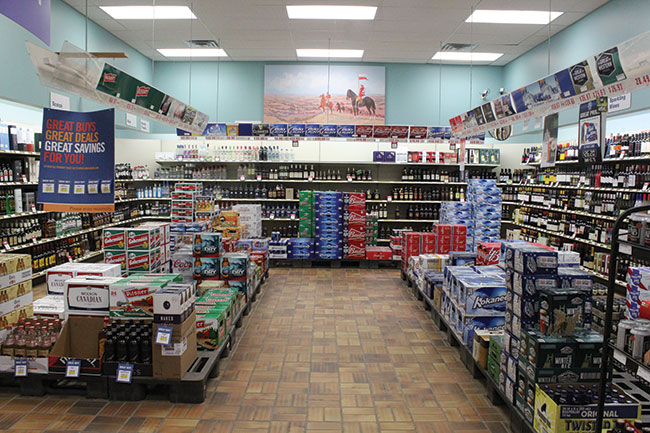 The Maple Creek Liquor Store is one of 39 stores to be sold to a private company due to the Saskatchewan Government's privatization plan. The Maple Creek store was sold to Pioneer Co-op out of Swift Current. NEWS PHOTO MEGAN ROTH

The time has come, the Government of Saskatchewan has announced who will be running the newly privatized liquor stores in Saskatchewan.

It was announced last November that 39 of Saskatchewan’s public liquor stores will be sold to private companies and entrepreneurs.

The 39 stores on the proverbial chopping block include four in the Southwest; Maple Creek, Gull Lake, Shaunavon and Leader.

Announced Nov. 23, Pioneer Co-op will be in charge of the store in both Maple Creek and Gull Lake.

Stores not building a new facility, those outside of Regina, Saskatoon, Yorkton, Melville, Lloydminster, Moose Jaw and Kindersley, must have a new store open within 12 months of the government’s announcement.

The new stores in the Southwest will have to have their doors open to the public by Nov. 23, 2017.

Currently there is no confirmation about where the new store will be located, as a representative from Pioneer Co-op was unavailable for comment.    Shaunavon’s store will be headed by Shaunavon Co-op.

The new store to open in Leader is one of six stores to be opened by Saskatchewan Liquor and Gaming Authority (SLGA) employees.

The current public stores will be open until the new private stores are ready to open their doors, a statement by the provincial government said.

The Request for Proposals (RFP) process began in July.

Jeremy Harrison, minister responsible for SLGA said more applications than expected were received for the privatization of the Crown Corporation.

“There’s a lot of anticipation and eagerness from both applicants as well as the communities where these businesses will operate,” said Harrison.
Each successful applicant will still have to complete the regulatory part of the application process to move forward with the process.