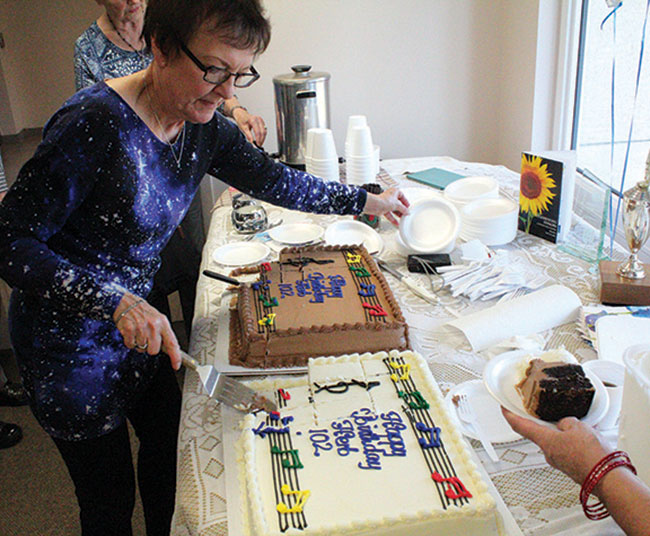 “I didn’t know I’d go up this far,” Duncan said with a smile at his birthday party on Nov. 24.

A few dozen people came to the birthday party at Creekside Estates on Jasper Street, including three of his four children and several of his 11 grandchildren and 11 great-grandchildren. Being surrounded by his family was special for Duncan.

“It feels real good,” he said. “They do everything for me.”

Duncan was born in Maple Creek and has always enjoyed living in the town.

“I’ve been here all my life and I enjoy it. It’s a good place to live,” he said.

One of Duncan’s grandchildren at the birthday party was Scott Duncan. He was happy to be there for his grandfather’s big day, he said.

“It’s just becoming an annual thing now, to have a big do because we’ve been doing it since his 100th,” Scott Duncan said.

Scott Duncan is a professional fiddle player in Calgary. His grandfather was the first one to give him his own fiddle, he said.

“I’ve been playing for over 30 years,” said Scott Duncan. “Grandma and Grandpa are the reason its my career, that’s what I do.”

Some of his fondest childhood memories come from visiting Maple Creek and playing the fiddle in contests, for dances or the seniors home with his grandfather, he said.

Herb Duncan said he’s going to try to have a 103rd party, as well.