Cold temperatures are here to stay 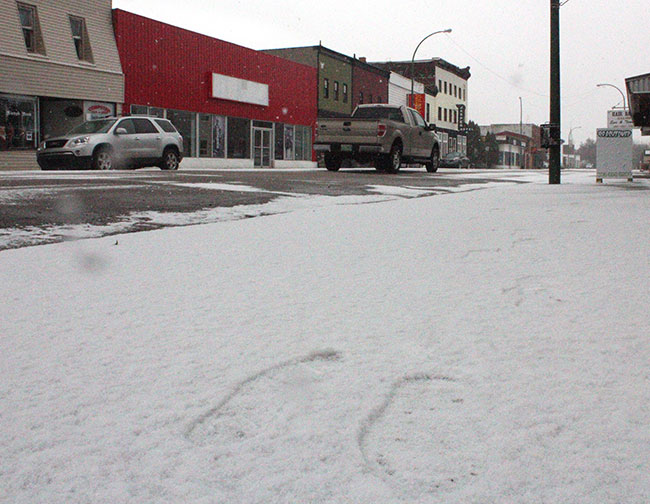 The winter temperatures are here to stay, according to Environment Canada meteorologist David Phillips.

After unseasonable warmth in November, followed by seasonable warmth at the beginning of December, southwest Saskatchewan woke with a shock to the system Dec. 5, when temperatures reached around the -25 C mark, with windchill.

Normally the winter season is eased into with temperatures decreasing by a couple degrees each day.

Phillips called the sudden change a “slap in the face.”

“This is a little much, it is quite the shock to the system.”

The temperatures from November were thanks to warm air coming north from America, Phillips said.

“The cold is coming south from Alaska and Siberia to give the chill to the area,” he explained.

The shock to the system isn’t just because the weather is colder, it is the large and sudden difference that is causing the cold to seem worse.

Phillips said the temperatures the area is experiencing are roughly 17 C colder than the normal temperature for this time of year.

The normal high for the end of the first week of December is roughly -3 C with a normal low of -14 C.

“All the daytime highs you are experiencing this week are colder than any you had this time last year,” said Phillips.

Now that the cold weather has settled in, it won’t be going far. The current temperatures will stay for another two weeks.

Phillips expects the temperatures to warm up  just before Christmas, though they will still be below freezing.

“Cold air is like molasses, it is thick and heavy and difficult to move.”

Meteorologists at Environment Canada expect to see a yo-yo effect throughout the winter, with temperatures moving between mild, near-normal temperatures and the cold extremes.

“This won’t be the winter from hell, but there will be some of those colder temperatures to deal with,” Phillips explained.

By the time the next few cold snaps come through, Phillips expects the “hardy Westerners” will be acclimated to the weather.

There are some downsides to extreme colds, such as winter kill and possible harm to humans.

“It looks like Maple Creek can see temperatures reach -25 or lower with windchill. That’s cold enough to freeze flesh in 15 minutes or less,” Phillips cautioned.

With the cold temperature likely to stick around for the rest of winter, Phillips suggests bundling up before going out.