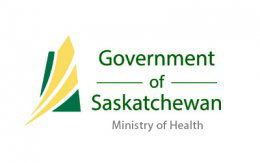 Big changes are in store for the Saskatchewan health system, and those changes are already being seen in the Southwest.

Announced on Jan. 4, Saskatchewan will be making the move from 12 health regions into one Provincial Health Authority.

Announced the following day, Jan. 5, the CEO of Cypress Health Region, Beth Vachon, accepted a temporary position with the Ministry of Health as Special Advisor to the Deputy Minister of Health.

Appointed to the position of interim CEO is Larry Allsen, who says he will provide strategic leadership.

“As interim CEO or CEO you don’t do all of the work,” Allsen said. “You are here for strategic leadership and that is what I am going to bring to the table.”

Allsen has roughly 30 years of experience in health care. Most recently he acted as chief financial officer and vice president of corporate services for Cypress Health Region.

Allsen described Vachon as someone with great leadership and someone who was well respected in Cypress Hills, as well as the province, in her position.

He described her new position as a “great opportunity,” for the former CEO.

“It was a shock to find out she was, not leaving our region, but removing herself from the day-to-day operations for a period of time,” said Allsen.

His appointment to the interim position was a “shock and rewarding at the same time,” for Allsen, who was humbled to find the Board of Directors had faith that he could manage and take charge of the Cypress Health Region.

With the health region moving to one health authority by this coming fall, Allsen said there are many steps to go through before it will happen.

“First they have to create a board and legislation. If that happens by fall then there is still more that needs to be done,” Allsen said, adding this will be a long process.

The move to one health authority will not change the patient care in the province, Allsen said.

“What is happening in the background administratively should not affect people’s care at the front line.”

The coming amalgamation of the health regions will be Allsen’s third such movement he has worked through. He says he recognizes there is anxiety by both  staff and patients throughout the province.

To successfully make it through the transition, Allsen said it is important to keep the “flow of information going” so that the people of Saskatchewan can make their decisions as they need to.

Moving forward towards the transition into one health authority Allsen does not foresee any massive changes to the Cypress Health Region.

The plan isn’t to make a lot of changes to the region when there will be lots to come in nine months, that will effectively make all the work useless.

“It isn’t just keeping the ship afloat. It is operating the ship going forward and meeting issues as they come forward and to continue to meet the needs of the people of our current region.”

It is Allsen’s belief that all the health regions were already thinking and moving as one, the move to one health authority should not change the front line care.

“I cannot stress that enough, the people will not be affected in front-line care,” said Allsen.

The Provincial Health Authority will not be in effect until fall, 2017. A specific date is unknown at this time.