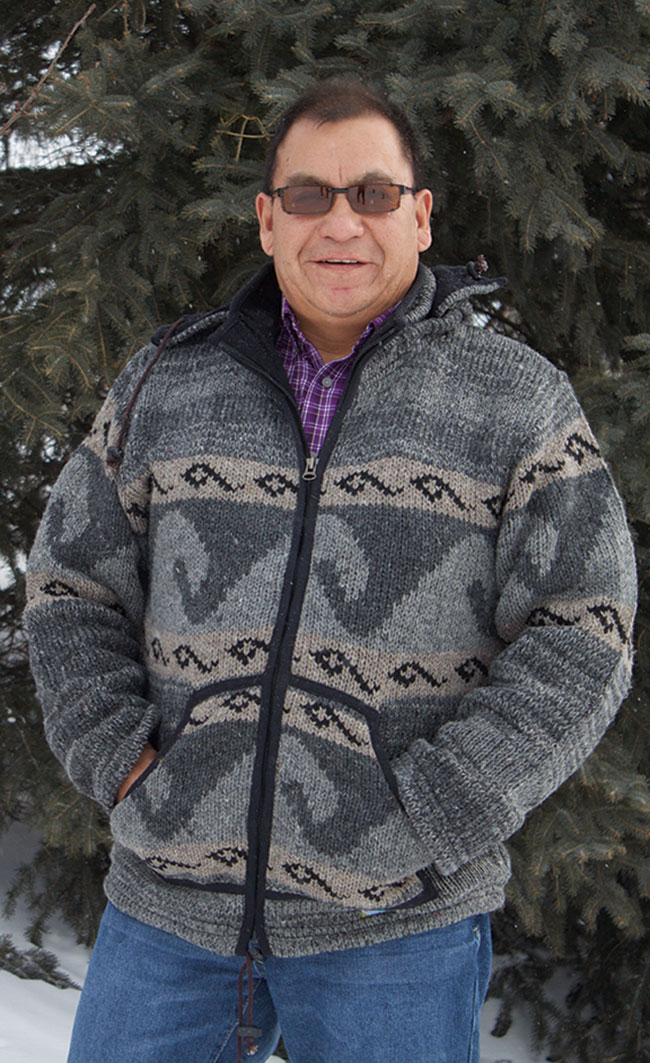 After March 29’s election, a new chief and two new councillors will be representing the members of Nekaneet.

Alvin Francis was voted in as chief, replacing Jordi Fourhorns, who had been chief since 2011.

In addition to the new chief, two new councillors were voted in, Shauna Buffalocalf and Doreen Oakes. Coun. Dale Mosquito will be the sole returning member of Band Council.

Chief Francis says Nekaneet was looking for change when they went to the voting booth.

“It’s good news for the people,” Francis said. “The people who voted me in are the ones that deserve the congratulations because I’m going out and working for them now.”

Keeping an ear open for the members of Nekaneet is very important thing for the new chief.

“If they need five minutes to talk, I’m always willing. My phone is on, home phone or cell phone, and I always try to give them those minutes so they know somebody cares about them.”

Francis was a councillor through the past three years and prior to that he worked as the housing manager on the reserve.

The communication within the council needs to be improved, he said.

“There was a lack of communication between the chief and the councillors and his band members on reserve. There was moments in the past three years where off-band reserve members had more information than we did … It was kind of frustrating.”

He also hopes to improve communication with the Town and RM of Maple Creek, as well as federal and provincial governments and private organizations.

Before the election, Francis says he travelled hundreds of miles to meet with on and off-reserve band members to let them know he wanted to hear their concerns.

“We want to present our ideas of what Nekaneet should be and we wanted their input about what they see,” he said. Band members “still need to be taken care of and I didn’t want to turn my back on them and I wanted to make sure they knew I was there for them.”

After the numbers were tallied up and Francis was named the new chief, plenty of people shook his hand and were happy for him, he said.

Francis also told his family he will need to spend more time away from home after winning.

“I’ll have to spend more time away from them because I now have to work for the whole big family which is Nekaneet, and my family understood that.”

Winning did surprise Francis because you never know what can happen in an election, he said. All he knew was he had to reach out to the people of Nekaneet.

“I don’t consider myself to be outspoken in any way, I’m a humble man. I’ve been taught to be humble, to treat everyone respectfully and to give people somebody to listen to them.”