Cuts to school boards will have lasting effects 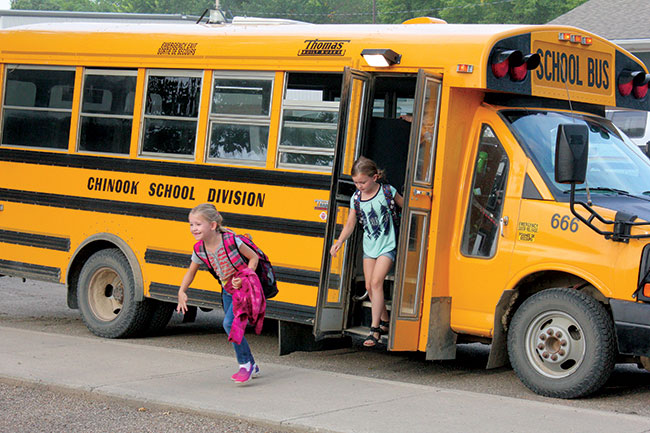 Budget cuts to the school board will affect students in a variety of ways, that will be felt for a long time to come. FILE PHOTO

A source has claimed teaching positions have already been affected in the Chinook School Division.

According to the source, who would rather remain unnamed, eight teaching positions have been affected by the drastic budget cuts.

Within Chinook there are people retiring, and those positions are not going to be filled, the source claims.

When asked about this development, Chinook School Division could give no confirmation.

Director of Eduction with Chinook School Division Liam Choo-Foo says there will be adjustments that have to be made within the system.

“Until those get finalized internally, there won’t be any public announcement,” Choo-Foo said.

The new provincial budget hit Chinook hard, and as such there will be changes within the school division.

When the budget came down on March 22, Chinook’s Chief Financial Officer Rod Quintin said the board will look at all possible avenues to tackle the budget cuts. “Anything and everything” is on the table, according to Quintin.

“The new budget was definitely very difficult for Chinook … there will have to be some adjustments within the system,” said Choo-Foo.

With the size of reduction needed in the budget, Choo-Foo says change is immanent.

“With the size of reduction in Chinook, there is no doubt that structures will have to be changed and we will have to adjust how we operate,” Choo-Foo said.

Education Critic for the Opposition Carla Beck says the cuts to education are very deep and just as concerning.

“Chinook has been hit with an eight per cent cut. The school board has already seen cuts over the last several years,” Beck said in a phone interview.

Beck claims the Saskatchewan Government is not providing the schools with all the funds from those taxes.

“About $67 million comes in, and the government hands out about $54 million of that, the rest goes into the provincial coffers,” Beck said.

Beck says the budget has put all school divisions in a tough position and will have to make “very difficult decisions.”

“The current government is trying to make the school boards make cuts to increase efficiency,” said Beck. “We are passed the point of efficiency.”

The cuts to education are troubling, Beck says, and more is yet to come with the introductions to the Eduction Amendment Act on April 5.

According to Beck, the amendments will take the power of spending in any regard away from the schools and place it into the Minister of Education’s office.

The new amendments “rob the schools” of any power, says Beck.

“This is exactly the opposite of what the people in the Southwest told us they wanted when we were out there in Fox Valley,” Beck said.

Budget cuts mean a cut to resources that will directly affect the schools and classrooms.

One such resource will be the ability to hire new teaching staff  for the schools.

The budget cuts faced today in schools across the province will have long lasting effects on the students of Saskatchewan, claims Beck.

“How are we expecting to give a bright future for our children, when we are taking away from them now?” asked Beck.