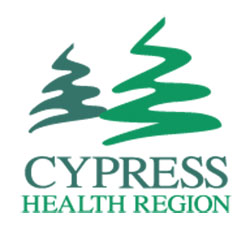 Saskatchewan health officials are taking time to remind residents to protect against hantavirus.

Protection against the virus is particularly important in areas with large populations of rodents, particularly deer mice.

Deer mice can be found across North America, at all elevations. The largest populations of the mouse type can be found in mixed and mature deciduous forest with sparse ground cover.

Saskatchewan Health says deer mice, the primary carrier of hantavirus, are more common in rural and semi-rural areas than in urban areas.

“Throughout southwest Saskatchewan and southeast Alberta, deer mice are quite common so it is entirely possible to see cases of hantavirus pop up,” said Dr. David Torr, the medical officer for Cypress Health Region.

Though the virus is rare, it is extremely serious and cause a severe reaction, and in some cases even death.

Symptoms of the illness can develop quickly and can develop into the often fatal disease hantavirus pulmonary syndrome.

“In North America the illness shows itself as a respiratory illness and quite severe pneumonia,” Dr. Torr said.

Exposure to the illness often occurs when cleaning an enclosed area.

An enclosed area that may see a nest of hantavirus carrying rodents include; grain bins, sheds, barns, garages, trailers, cottages and homes, or farm equipment and vehicles that have been in storage.

Infection is caused by breathing in contaminated airborne particles from the droppings, urine and saliva of infected deer mice.

The only defense against hantavirus is prevention.

“Our frustration is we have no vaccine to prevent this illness and there is no cure,” Dr. Torr said.

Those who fall ill with the hantavirus are treated in hospital with what Dr. Torr described as “supportive therapy” as there is no medication.

Torr strongly recommends taking the necessary precautions when cleaning areas that have been shut off for the winter.

When cleaning possibly rodent-infested areas Saskatchewan Health suggests:
• Ventilate the building by opening doors and windows for at least 30 minutes before cleaning.
• Use wet mopping methods and wear rubber or plastic gloves.
• Wear goggles and a well-fitting N-95 type filter mask when cleaning areas contaminated by droppings in a confined space.
• Dampen areas contaminated with rodent droppings with bleach disinfectant and remove droppings with a damp mop or cloth.
• Avoid using dry cleaning methods such as dusting, sweeping, vacuuming or air-hosing.
• Steam clean, shampoo or spray upholstered furniture with a detergent, disinfectant or a mixture of bleach and water.
• Wash clothes and bedding with detergent in hot water.

It is also suggested to blocking openings that might allow rodents to enter a building, store human and animal food, water and garbage in containers with tightly-fitted lids and Move woodpiles or other potential hiding places for mice away from your home.

“While it is a rare disease it is quite severe and is potentially fatal,” said Torr.

Since 1994 there have been 31 cases of hantavirus reported in Saskatchewan, 10 of those cases resulted in death as there is no known cure.