National volunteer award given to local 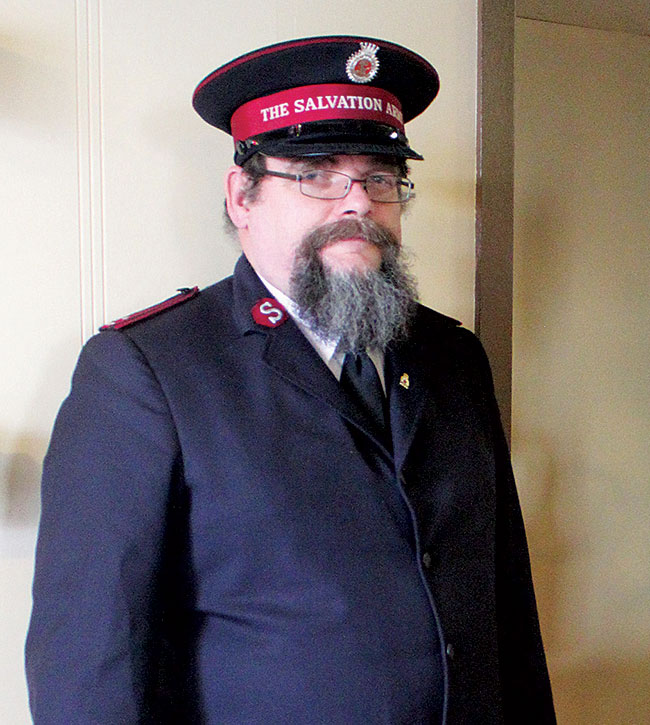 Captain Ed Dean of The Salvation Army was recently awarded the Taylor Award for his volunteer efforts at the Okimaw Ohci Healing Lodge.

The Prairie Region nominee for the award, Captain Dean was named the winner during National Volunteer Week April 23-29.

The award recognizes volunteers who offer “faith-based counseling with offenders in correctional facilities and in the community,” according to Corrections Canada’s website.

Captain Dean says he is truly honoured to be recognized.

“I don’t do it to be recognized. I do it because these women deserve to know someone cares about them,” said Dean.

The award is double the honour for Dean.

He says he is excited to receive the award named after Dr. Charles Taylor of Nova Scotia, Dean’s home province.

“It means a lot to me that I can represent both my homes with this award,” said Dean.

This is the first time the Healing Lodge has nominated a volunteer for the award, according to Dean.

The Taylor Award has been awarded to deserving individuals since 2001.

Each year the award recipient is announced during National Volunteer Week.

Dean hopes to see volunteership continue to grow not only in the community but also in correctional facilities.

“Volunteering is vitally important, in all areas of the community,” said Dean.

Captain Dean has worked with the Healing Lodge for 10 years, and encourages the women there to volunteer themselves and to become a member of the community.

Captain Dean says working in correctional institutes is important because it shows the offenders there someone cares for them.

Often these women are pushed aside as offenders and forgotten. Dean believes everyone of them is more than “just an offender.”

“Each of these women is someone’s mother, someone’s daughter, someone’s aunt. They are still people and need people who care,” said Dean.

In his work with the women offenders at the Healing Lodge, Dean says he has often seen the women grow and find understanding in their self.

Dean remembers one woman he had working at the church with him. He trusted her to be alone while he ran out for a few minutes.

The woman was shocked to be trusted, according to Dean.

“You could see this was the first time in a long time someone had trusted her to be alone,” said Dean. “That’s what they need; trust and caring.”

Through his volunteer work with the Healing Lodge, Dean has learned more about the Cree culture and traditions.

This has helped him to better understand the women there and to better help them, he says.

“We can help them learn what is missing in their lives and support them to make a better  life for themselves,” said Dean.

Kelly says Dean helps to enhance the lives of the offenders and “strengthens the rehabilitation process.”

“Captain Dean’s focus, determination and unrelenting ambition and energy are an inspiration to us all,” said Kelly.

Captain Dean will receive the award this September at a ceremony at the Healing Lodge.