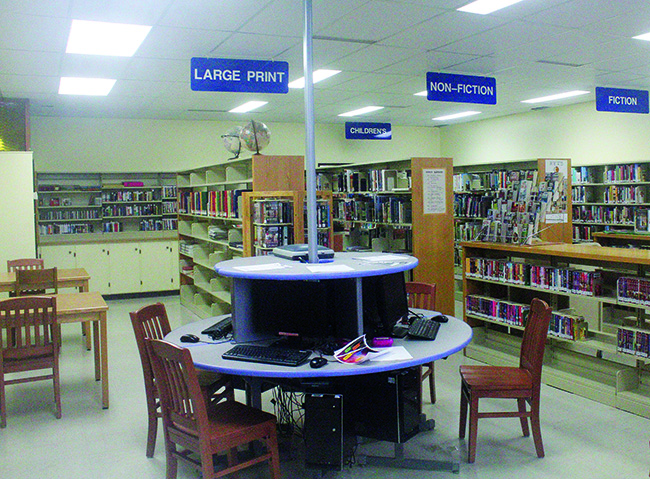 Maple Creek's library has experienced some sizable structural changes but they have only made it come back stronger.

The summer reading program at the Maple Creek Branch Library is in the planning stages, but volunteers are needs to make it a success.

Maple Creek Librarian Violet Wong says she needs volunteers to help lead the programs during the summer, while she continues to operate the library.

The summer reading program is expected to run over six Fridays during the summer.

Wong says the theme for this year is Canada 150.

All the books to be read through the program are by Canadian authors.

“A few books are ones recommended by the TD Summer Reads program,” explained Wong.

The summer reading program will also work towards the planned Scarecrow Fest, which is tentatively supposed to happen in the fall.

Wong plans to have the first three sessions of the program to be used to build a scarecrow.

“I’m thinking the first half of each session will be reading and the second half will be used for the scarecrow,” said Wong.

A puppet show has been scheduled for the Thursday before the final session.

Library Board Treasurer Seccora Mazur suggested incorporating “The Wizard of Oz” into the program.

“Doesn’t ‘The Wizard of Oz’ have a scarecrow in it?” Mazur asked at the meeting.

Taking the idea and running with it, Wong suggested using the movie as a wrap-up for the program.

Preregistration for the summer reading program is set for June 17.

Volunteers aren’t just needed for the summer reading program, Wong is also looking for help running the book sale during the Heritage Fair on July 21-22.

The library has been receiving donated books  for the sale, and welcome any more coming in, but will be looking for volunteers to run the actual sale.

“The library is still open on those days, so I’ll need people to look after the sale,” said Wong.

Mazur describe the volunteer experience as mostly taking money and putting out more books as needed.

The Library Board is looking  at holding a second book sale over the summer.

The second one is potentially going to coincide with Taste of Maple Creek on August 19.

“There are a lot of tourists who come through then, and they will buy up books, even older ones, for sure,” said Mazur.

The library plans to use the proceeds for the renovation of the children’s section.

The Maple Creek Library will be partnering with the Jasper Centre to host Marjorie Beaucage, an aboriginal film maker.

The event will be a screening of Beaucage’s documentary “Coming In” as well as a question and answer session with the film maker.

Beaucage will be at the Jasper Centre on May 30 at 6:30 p.m. Entry to the screening will be by donation.

Wong expects the library hours to be adjusted that day, so she may attend the event for the library.

The library received great feed back from their recent Jeopardy Night, held at the Jasper Lounge and Event Centre.

Due to the remarkable feedback, the Board plans to hold another night at the end of September.

This time the event will be “family friendly” and will not be held at the Jasper Lounge.

“I’ve heard from a few that they were intimidated by attending the event at the bar,” said Michael Morrow.

Holding the next Jeopardy Night at the Jasper Centre will allow for younger people to participate in the event as well.

The board will look at the price of admission for the next event as well.

“We charged $10 a table and people thought it was $10 a person, and they were willing to pay it,” said Mazur.

Next year the Board will look at the possibility of holding a Family Feud night instead of Jeopardy, it depends on how well the next event goes.

Computer training continues on an as-needed-basis, with Wong.

“I’ve even been learning a lot through these session,” she said.

Chinook Regional Library is looking at hiring a full-time permanent IT Tech, who will be available to the rural branches as needed.

Patronage continues to grow for the Maple Creek branch. Wong says during the week of May 8, she had six new cards handed out.

The library board will meet for their next meeting on Sept. 11 at 7 p.m. at the library.