A game to make miracles 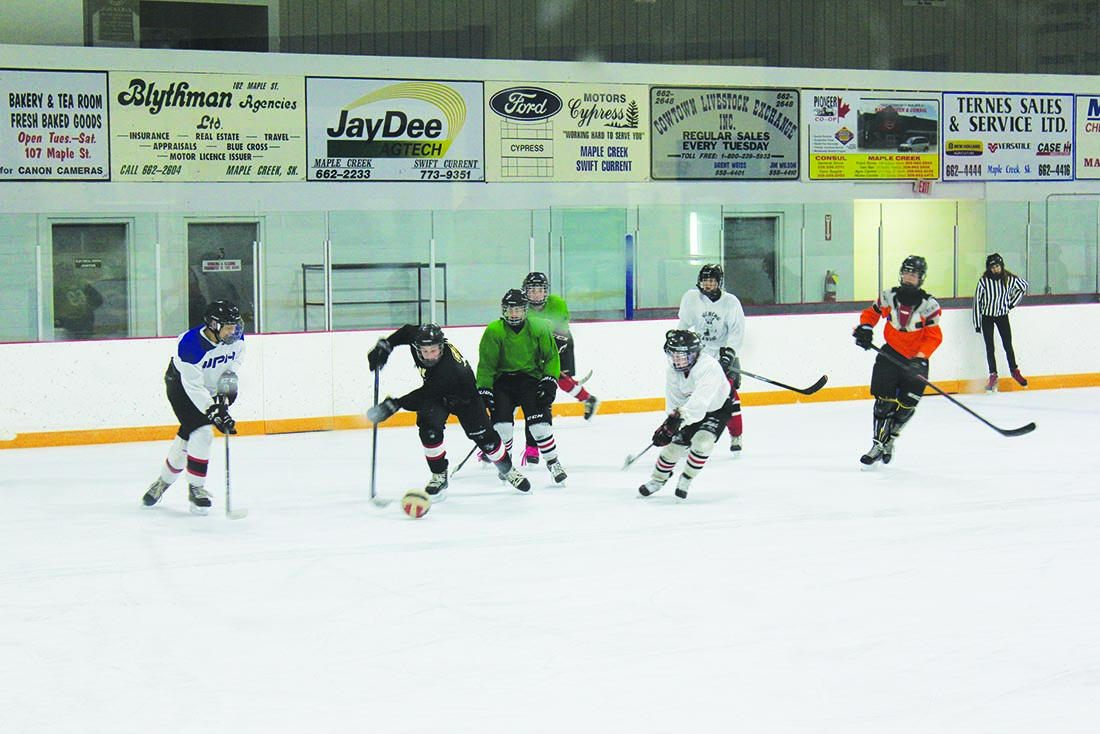 Students and teachers from Maple Creek Composite High School strapped on their skates and took to the ice to raise money for a good cause last Friday afternoon. The school’s annual Telemiracle hockey game has been a regular event where students ranging from Grades 8-12 take part in an afternoon of fun on the ice.

The first game of the afternoon featured students in Grades 8 and 9, while the second game feature students in Grades 10-12. Tracy Walkow, is a teacher at the high school and one of the staff supervisors of the student SRC. Walkow said the effort is one which is primarily undertaken by the students, with staff playing a supervisor role. She added that the school community currently has a personal connection to Telemiracle. “We have one student who has benefited from Telemiracle,” she said.

Money is raised as people could buy tickets at the door for $5 or $3 in advance, there was also a 50/50 draw. Walkow said they were hoping to raise $1,000 from this year’s event. She estimated the overall attendance was north of 300 people, which is down slightly from past years.

While the fundraiser has been going on for decades, students and teachers worked this year to make sure this year’s event is a bit different from previous years.

Walkow said the event is one that is highly anticipated. “The kids really look forward to it,” she said.

Going forward, Walkow said it would be nice for the school if more people from the community would be able to come out and support the event and the cause.

“The kids put their heart and soul into the game,” she said.