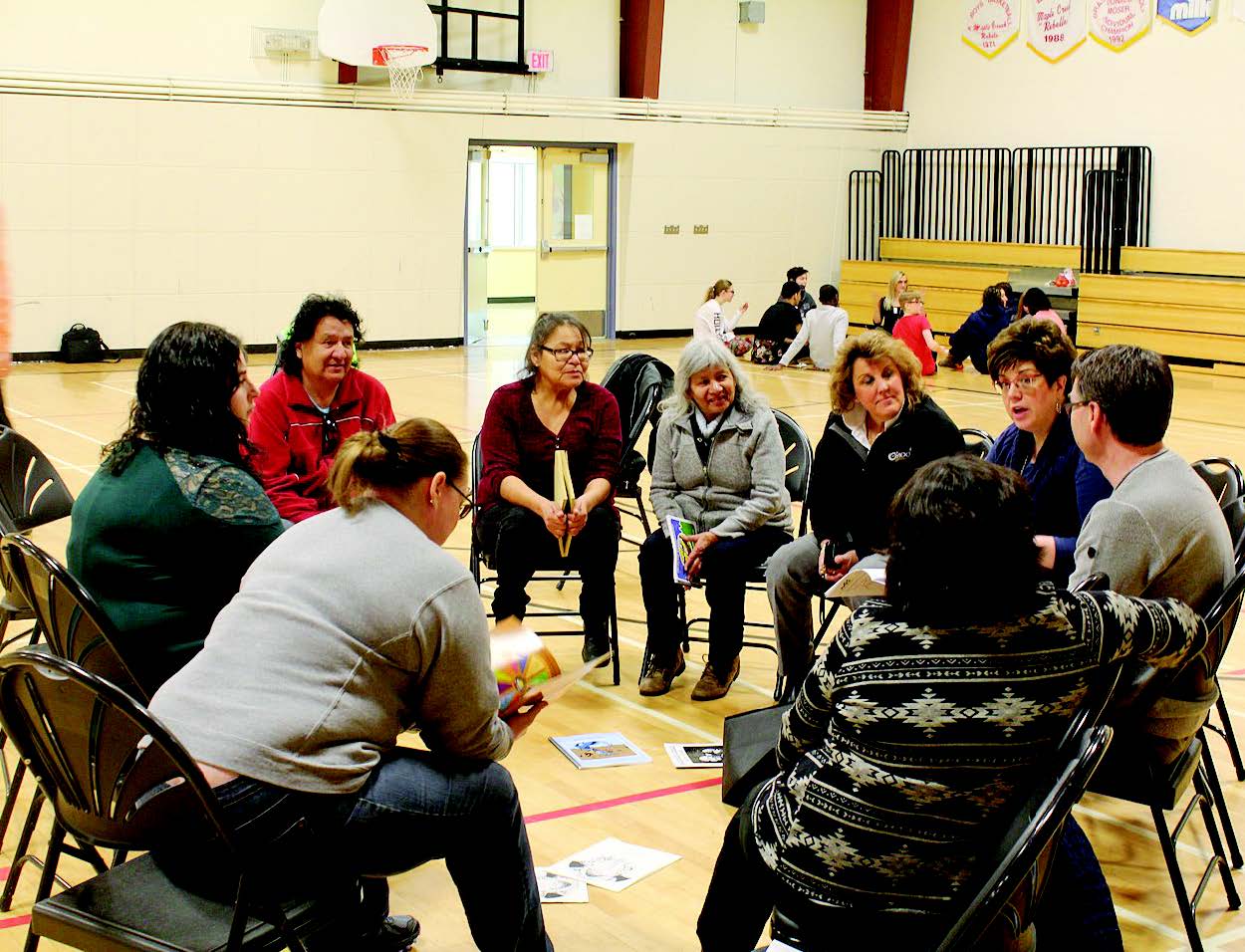 PHOTO MICHAEL JOEL-HANSEN Students selected from schold across the southwest attended an anti-racism workshop in Maple Creek last week. Stop Racism Leadership Conferences have been an ongoing program in the province since 2010.

Students and teachers from Maple Creek, Swift Current, Shaunavon and Moose Jaw were on hand at Maple Creek Composite School Thursday afternoon to take in an anti-racism workshop put on by the Saskatchewan Multicultural Council.

The workshop is entitled Arrêtez Racism, which translates to Stop Racism Leadership Workshop. Rhonda Rosenberg is the executive director of the Multicultural Council of Saskatchewan. She explained that each of the schools involved with the workshop made sure to pick the kids they thought would get the most benefit out of the experience.

“Each school does their own selection,” she said.

“(It’s) a good opportunity to grow leadership,” she said.

Stop Racism Leadership Conferences have been going on in Saskatchewan since 2010.

The conferences have been taking place in the southwest for four years now. During the workshop, Rosenberg makes sure students have the chance to actively participate, while encouraging them to draw on personal experiences at the same time.

“(It) works best when we work from our own experiences,” she said.

Specifically, the workshop makes the effort to draw attention to issues like stereotypes and colonialism.

To do this, the workshop employs a variety of methods, such as breaking participants up into small groups where they would listen to stories. Students also spent time sitting in a large circle that included all participants listening to a variety of speakers, who talked about their experiences involving racism.

“A lot of activities are fun, but have a learning lesson,” she said.

Rosenberg added she hopes that what the participants learn at the workshop is transferred beyond those who were in attendance.

“Hopefully what is learned can be passed on,” she said.

Passing on what is learned is not just a central theme for the students, but is one the multicultural council stresses for the teachers attending, too.

“Teachers receive a guide for activities,” she said.

One of the educators who took part in this year’s conference was Troy Froehlich, a vice principal at All Saints Catholic School in Swift Current. Froehlich said conferences like this one are important for kids to attend.

“I think it’s important students get to hear from other kids about how racism affects them,” he said.

Along with the opportunity for kids to learn from each other, Froehlich stressed the conference hammers home another important message that needs to be heard.

“(We) need to recognize that racism is unacceptable and needs to stop,” he said.

In terms of combating racism, Froehlich said it is especially important that kids be at the forefront.

“They are our future leaders,” he said.

He added the workshop teaches there are differences between people, but there are also similarities. Froehlich stressed he hoped the students from his school who attended the conference will be able to share what they learned with a variety of people in their lives.

“They can go back and share what they’ve learned with parents and families,” he said.

Bringing conversations about racism into the home is something Froehlich thinks is very important when discussing how to combat racism.

“Racism conversations need to begin in the home,” he said.