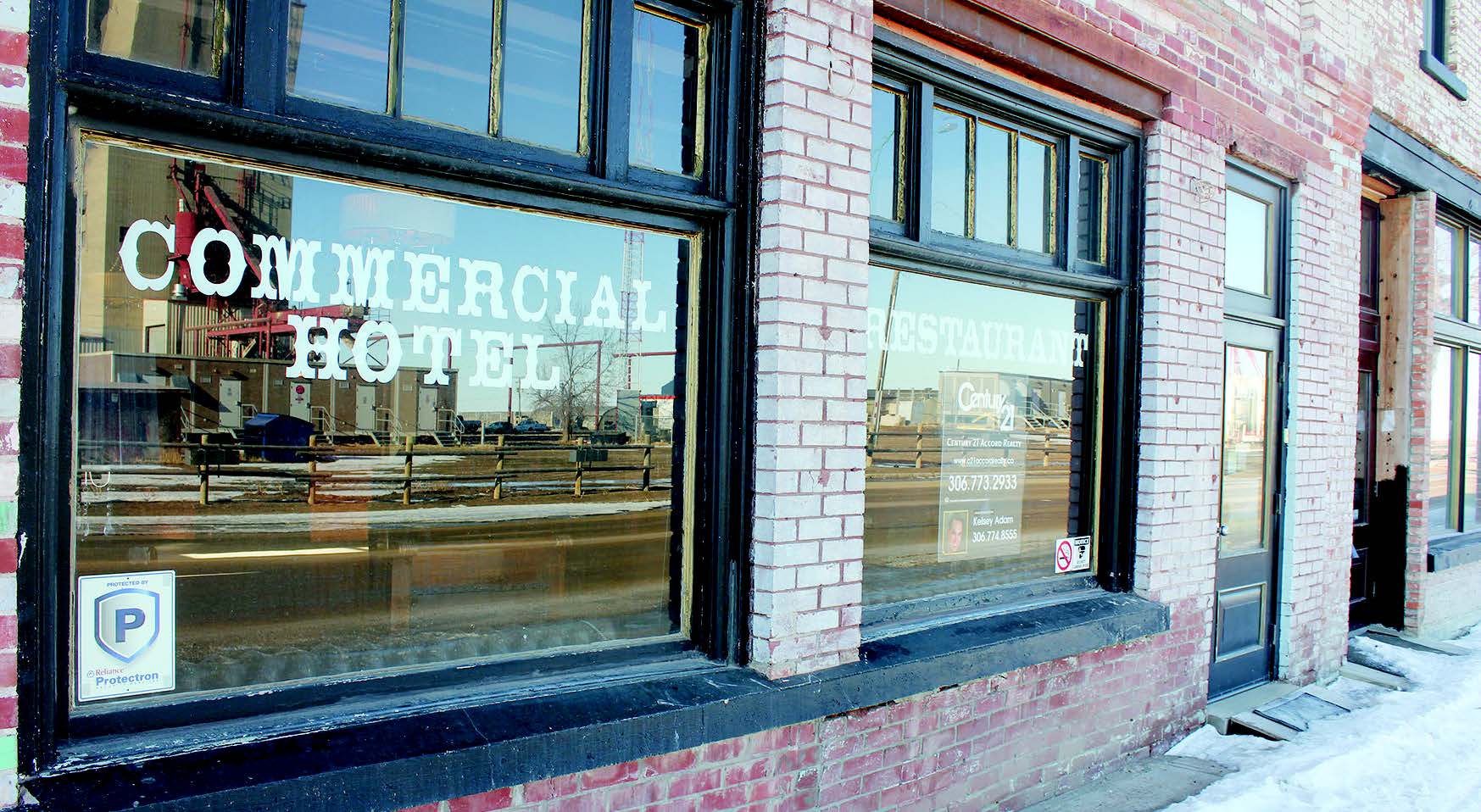 PHOTO MICHAEL JOEL-HANSEN The Commercial Hotel is now up for sale, the hotel has been closed since the summer of 2017.

One of Maple Creek’s major landmarks is on the market.

The Commercial Hotel building is up for sale. For $800,000, the property, which holds the distinction of being the oldest continually operated business in town until 2010, could be yours.

Kelsey Adam of Century 21 Accord Realty is the listing agent responsible for the prop­erty. He said the Commercial Hotel building is an attractive one for someone to purchase for a number of reasons. One of the biggest being the building’s physical condition.

“The hotel and restaurant are ready to go,” he said.

Adam attributes this to ma­jor work being done in the past. He stressed a new owner could be up and running on those two parts of the building quickly.

“They could be in business the next day,” he said.

According to Adam, the bar would need some new equip­ment as the previous occupants of the space leased the equip­ment needed to run it.

Along with the building be­ing in good shape, Adam said it could be attractive to potential buyers as they don’t have to op­erate all the businesses in the building themselves. But rather a potential owner could decide to operate the hotel, while leas­ing out the bar and restaurant spaces to other people. Besides the multiple business angle, Adam sees more potential for the building.

“The third floor is not really developed,” he said.

Adam said if someone was so inclined they could develop the third floor into some kind of meeting or conference space.

“Maple Creek could use a place where people could hold meetings, stay and get some­thing to eat afterwards,” he said.

The hotel has been on the market for 20 days as of Tues­day. There are not any offers on the building as of yet, but Adam said people have been calling about the property.

“We’ve had a few inquiries … moderate interest,” he said.

The Commercial Hotel was originally opened in 1884 and according to Royce Pettyjohn, who serves as Maple Creek main street program co-ordina­tor, the hotel was much more than just a popular watering hole in the early days for cow­boys.

“The Commercial Hotel was a place for meetings and church services,” he said.

Pettyjohn explained the property is an important build­ing for the community, which makes it extra important to find someone to buy and run it successfully.

“The Commercial Hotel is an iconic property in Maple Creek,” he said.

The hotel building was so badly damaged in the flood of 2010 that it was closed for three years until it was re­opened under new ownership in 2013.

Unfortunately, the owner­ship group ran into financial trouble and the hotel closed its doors again in the sum­mer of 2017. Pettyjohn said if history is any indicator the hotel should be able to be run successfully as it was from 1884 to 2010. Pettyjohn added the previous owners left the build­ing in better physical shape than they found it.

“The previous owner did a great deal of heavy lifting,” he said.

Overall, Pettyjohn stressed the hotel is not just important as a part of the historic land­scape of the town; but is also important when looking at the complete history of the town.

“It’s really quite an iconic part of the Maple Creek story,” he said.