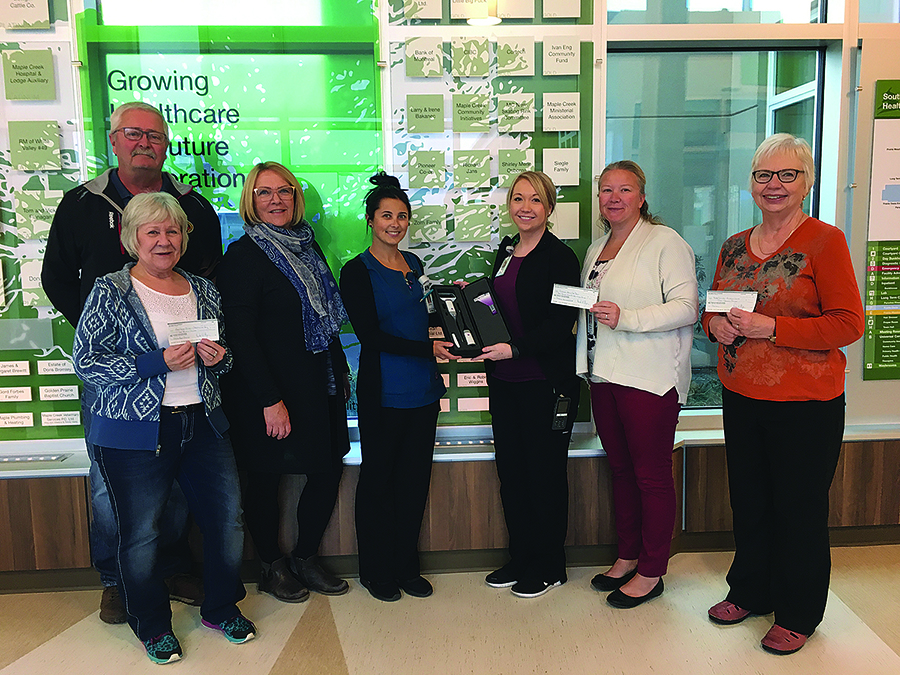 Although Zack Smith may be an NHL star, the Ottawa Senators forward knows that he grew up in a very small community.

A product of Maple Creek, Smith put on his ninth annual golf tournament fundraiser to invest raise money for some great local initiatives.

This year, $3,000 went to the Opportunities Board and to a new ball diamond upgrade in Gull Lake in memory of Cindy Harvey.

“This money is going to be used for recreation,” said Chair of the Opportunities Board, Val Hartley. “Last year, some of that money was put towards a trip to Disneyland for some of our participants and so we’ll be thinking about doing something similar.”

An additional $3,000 was also donated to the Jasper Centre in memory of Smith’s grandmother, Edie Dean, who was said to be very influential in his upbringing.

“We will probably be using the funds for some of our brick work, our 100 year old brick is disintegrating. This money will simply help the Jasper Centre to keep going. We have some great programs that could use this money and it will help with the upkeep on our artifacts.”

Another portion of the proceeds went to the Maple Creek Hospital to purchase a ‘video laryngoscope’.

Essentially, a tube goes down a persons throat and you can actually get a visual of someone’s vocal chords. This device was said to cost just under $4,000. When asked if this piece of technology was greatly needed at the local hospital, the staff replied “absolutely”.

For those of you who missed this years event, you’ve got one more opportunity to attend in 2019.

“Next year will be the tenth and final year of the tournament,” said event representative, Don Lewis. “We’re really hoping for bigger and better things but we’ve done some tremendous things around the community. In the nine years we’ve done this tournament, we’ve dispersed funds in the excess of $200,000. The money always stays local and benefits the community directly.”

“These funds are allocated based on Zack’s decision. He decides where the money goes and generally, it goes towards something or someone that made him the person he is today.” added Lewis.

Next year, as Lewis mentioned, they’re hoping the tournament is bigger and better than ever. Lewis said instead of allowing 112 golfers in the final year, they will up the numbers to allow 144 golfers to hit the course.