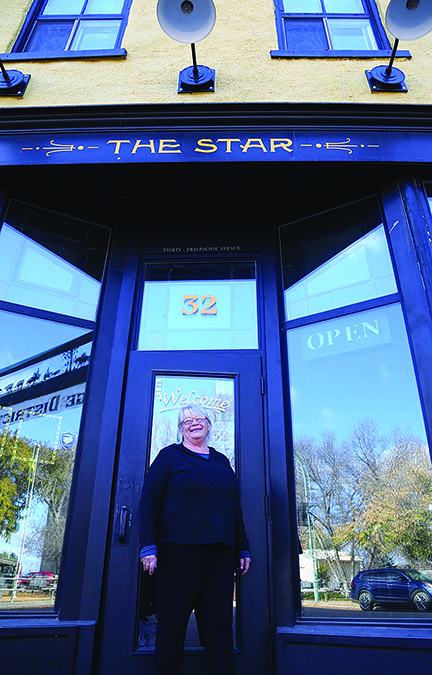 After over a decade in business, The Star will be serving its last dish.

Owner Tina Cresswell announced on her Facebook page that the building in which the restaurant occupied space had been sold.

“This was part-in-parcel with selling the building. The Star has been housed in there in some iteration since 1987, and we decided to close and liquidate the assets,” she said.

“I’ll be 70 (this month) and we’ve been in business for almost 12 years. We made a noticeable impact on the culinary landscape in Maple Creek.”

The business has been for sale for four years, but Cresswell was having difficulty selling. So she did the next best thing, and sold the building.

“I have some reservations about the restaurant industry. It’s a tough go in a small town in the winter. In the summer sometimes we’re too busy. It can be difficult,” she said.

“We love the building and the industry, but it’s time to get our retirement house in order.”

Though their time at 32 Pacific Ave. is closing, Cresswell is currently unsure what to do with coffee shop The Daily Grind.

“I am not a person who sits home and rests on her laurels. I need to be engaged with the community,” she said.

“That’s what drives me, and this place office a great way to sit and connect with staff and customers on a smaller scale.”

She said others had looked at the spot as a restaurant, but nothing felt right.

“Many looked at it as an offshore investment. It’s an old building that takes maintenance, and I wasn’t sure people coming in would do that,” she said.

But she met her match in Ian Laing, a business owner from B.C. opening a dispensary. He was approved by the province for the sole cannabis store in June 2018.

“Laing’s rep came to The Star for supper, and we were making conversation. He told me he was looking at properties, and I told him mine was for sale. I showed it to him that night,” she said.

“It turns out Ian really enjoys the historic feeling of the place and he buys old buildings to refurbish them. it’s one of his passions.”

She said seeing The Star building changed the ideas he had about the type of storefront he could enjoy in Maple Creek.

She has no comment on his business, except that it’s legal and is governed under “rigorous standards.”

“I have no reservations and think he will run a good business. I think he’ll treat the building as carefully as I did, and he cares about it,” she said.