Gull Lake welcomed as hosts of Hockey Day in Saskatchewan 2019 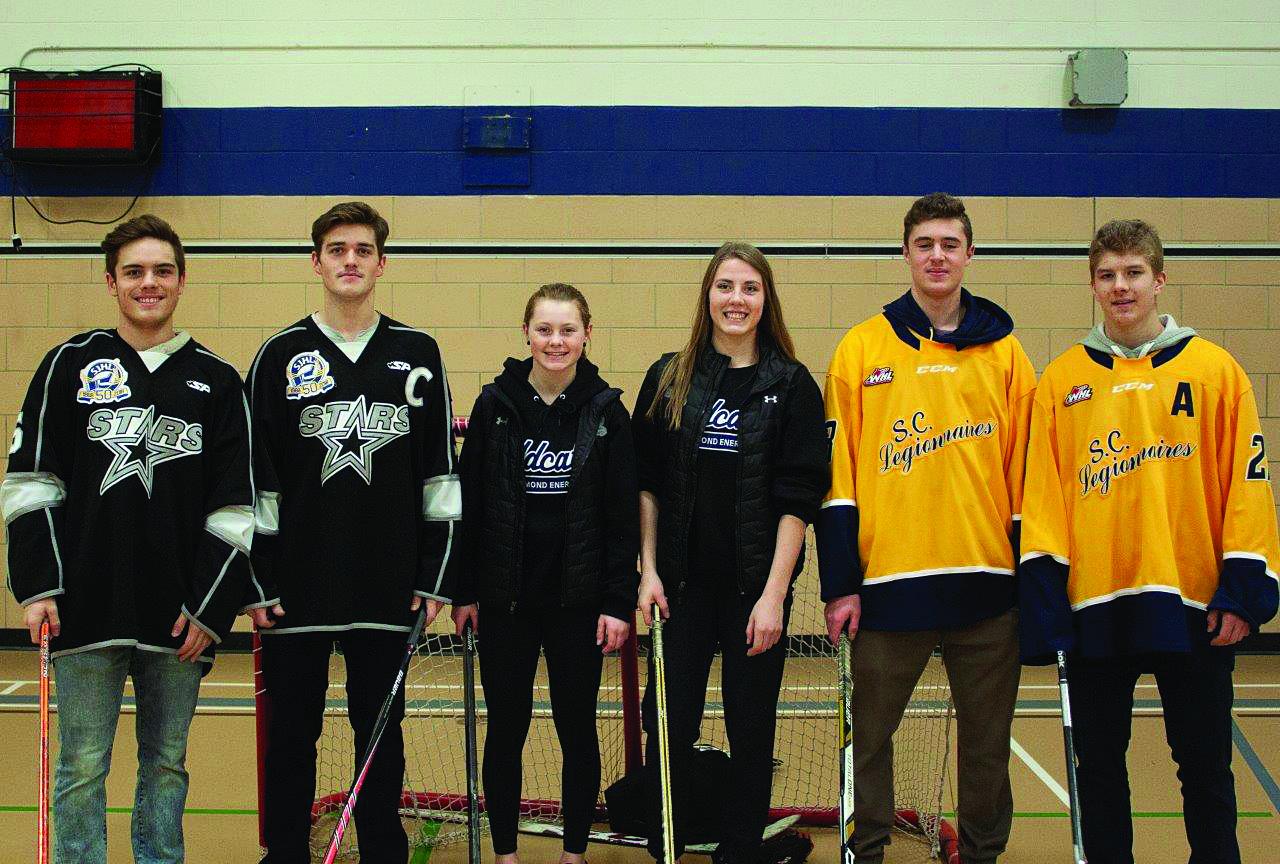 The Saskatchewan Hockey Association (SHA) officially welcomed the community of Gull Lake as the host location for Hockey Day in Saskatchewan, 2019.

The announcement was made last Wednesday at the Gull Lake School gymnasium with SHA representatives in attendance as well as some special guests from the Battlefords North Stars of the SJHL, Swift Current Legionnaires (Boys Midget AAA) and the Swift Current Wildcats (Girls Midget AAA).

Once the formal part of the program was completed, a floor hockey game took place with students and teachers from Gull Lake School with their special guests which included home town hockey heroes Cody Spagrud and Baylee Kirwan.

The Gull Lake Recreation Complex is home to the Gull Lake Greyhounds and South West Cyclones, but during the weekend of January 18-20, 2019, it will be the hub for hockey and other events and activities, during the Hockey Day in Saskatchewan event.

Sara Kuntz is the Recreation Director for the Town of Gull Lake and also sits on the Host Committee of the event, which will be held during the weekend of January 18-20, 2019.

“It’s such a huge opportunity for us. We know that we have amazing talent and that we have awesome facilities, but it’s nice to be able to draw other people in and give them a chance to see how great our facilities are. It’s just a great way to showcase our talent too,” said Kuntz.

Kuntz says that the community is planning an entire week full of activities to coincide with Hockey Day.

“We’re extending the weekend and are working with the Winterfest Committee so even if people aren’t a hockey fan, there will be something that they can participate in.”

Sleigh rides, fireworks and a large scale art project are some of the events that are being planned.

This year’s event will mark the 11th host community for Hockey Day in Saskatchewan since its inception in 2008. Gull Lake becomes the second host location situated in SHA’s south-west region (zone three).

Hockey Day in Saskatchewan is awarded to a different community each year to help raise funds for the local arena. The event is a partnership between the Saskatchewan Hockey Association and the host community.

The host committee for Gull Lake is still looking for both sponsors and volunteers for the event. If you are interested, please contact Sara Kuntz at 306-671-7725 or gull.lake.rec.sk@gmail.com.