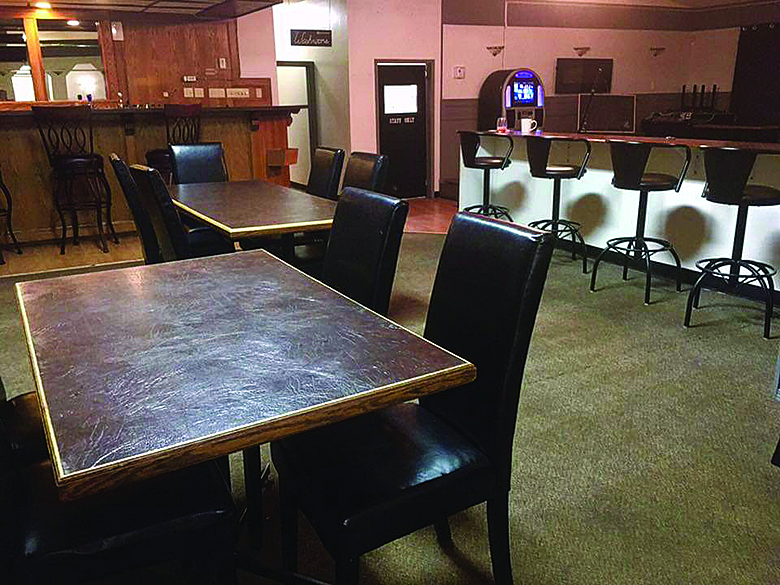 Gull Lake residents have received the best possible Christmas gift. After two years without a bar, they finally have somewhere to eat, drink and be merry seven days a week – fuelling hopes of an economic recovery in the small community.

At 4pm last Thursday, the Last Chance Bar & Grill in Proton Avenue opened its doors for the first time. For brothers Lawson and Lance Allen it was the culmination of a lot of hard work in getting the premises ready in time.

“We are very excited by this opportunity,” said Lawson, who has been in Gull Lake since high school in 1972.

On Friday night, people descended on bar in numbers, as if making up for lost time.

“We had a rocking night,” said Lawson. “We would like to thank the community for the awesome support.”

Meanwhile, in another part of town, construction work is continuing at the site of the old Saskatchewan liquor store. Randy Hunt and his son, B.J. (Benjamin Joseph), are hoping Hunt’s Hunting Supply in Rutland Avenue will be open before Christmas Day.

For the last eight years, lifelong hunter Randy has been selling supplies from a yard. Soon he will have a much grander place to meet and do business with folk sharing the same interest. The store will sell rifles and ammunition, archery supplies and optics, such as binoculars and scopes.

The two ventures have brought much-needed festive cheer to Lindsay Alliban, Economic Development Officer in Gull Lake, which is situated on the junction of the Trans-Canada Highway and Highway 37.

Like so many communities, Gull Lake has suffered from the downturn in oil and gas  whose discovery in the 1950s brought prosperity to the area.

“Everybody is really excited by what is happening,” said Alliban. “It’s been quiet for a while, so it’s good to get some action.”

Encouraged by the double business launch, people like Alliban believe that the pioneer spirit that built this community in the early 1900s will not only survive but thrive.

The Last Chance Bar and Grill is an ambitious venture for the Allen brothers, whose background is in oil and gas.

They are being helped by six part-time staff, including chef Ryan Lefaive.

Initially the 19-plus tavern will serve deep fried food and bar meals, but there are hopes to expand the menu.

The 3,000-square foot building features one large room, big enough to seat up to 120 people, a kitchen, hallway, office and storage area. TVs have been installed to provide the ambience of a sports bar.

Lawson said live music was also a possibility if the business takes off.

“We will be having a grand opening in January,” he said.

The town has been without a bar since October 9, 2016, when fire destroyed the Clarendon Hotel.

Alliban called on Gull Lake to support the two enterprises.

She said the Economic Development Committee was always looking at ways to promote business and encourage people to shop locally instead of going to Medicine Hat or Swift Current.

Shoppers should be aware, she said, that everyone in a community benefited from putting money into the local economy. Another reason was that businesses were often asked to support local fundraisers.

“It is very important to support local businesses,” said Alliban.