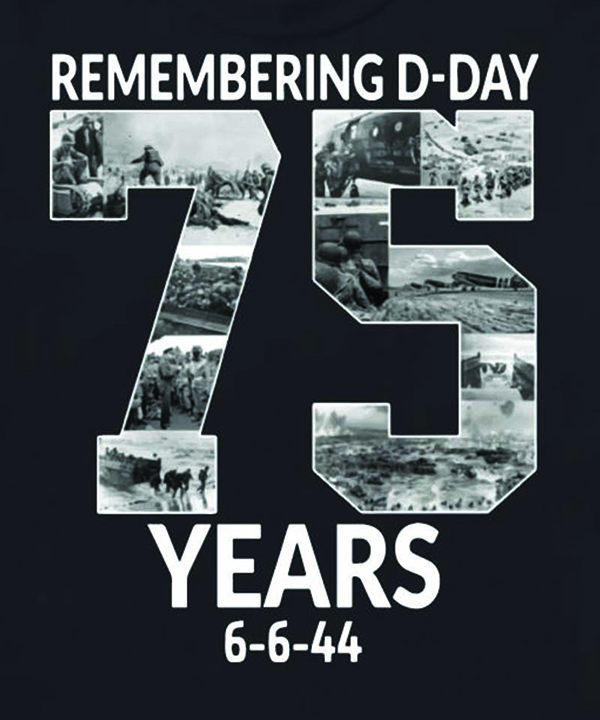 Today, June 6, is the 75th anniversary of D-Day and the Battle of Normandy in the Second World War. On this day in 1944, Allied troops stormed the beaches of Normandy in France to open the way to Germany from the West. Up to 14,000 Canadians landed on Juno Beach in Normandy as part of one of the largest military operations in history; 90,000 Canadians would eventually take part in the ensuing Battle of Normandy, with countless other Canadians in support roles at home and overseas. Allied casualties on D-Day surpassed 10,000, including 1,074 Canadians, of whom 359 were killed. By the end of the Battle of Normandy, the Allies had suffered 209,000 casualties, including more than 18,700 Canadians. Over 5,000 Canadian soldiers died. Canadians suffered the most casualties of any division in the British Army Group. As the world remembers the events of the Second World War, we focus on a project to honour Canadian soldiers who made the supreme sacrifice in liberating the Netherlands.

The year 2020 will mark the 75th anniversary of the liberation of the Netherlands in the Second World War. May 5, 1945 is the date that German forces surrendered to the Allies, ending a brutal five years of occupation for the Dutch people. Canadian airmen, sailors and soldiers played a major role in the liberation of Holland, and, to this day, the Dutch gratefully remember their sacrifices.
On May 5 there is a Dutch ceremony honouring those Canadians who fell in the Second World War liberating the Netherlands.The Information Centre Canadian War Cemetery (ICB) in Holten, Netherlands is planning to interview relatives (siblings, spouses, children, other relatives, friends) of deceased soldiers who are buried in Holten. It intends visiting the interviewees at their homes in Canada.

April 30, 1945: a week before Germany surrendered to the Allies in the Second World War, ending the final battles of the European Theatre.

On this day a 26-year-old soldier, Sgt. David Porter Preston, from Maple Creek, was killed during the liberation of the Netherlands. He was buried in Holland’s Holten Canadian War Cemetery.

Did you know Sgt. Preston? Are you a sibling, spouse, son or daughter? Were you a friend? Do you know anyone related to him?

If “yes” is the answer to any of these questions, then the Information Centre Canadian War Cemetery (ICB) in Holten, Netherlands, would like to hear from you.

The ICB – which honours World War Two soldiers – has started an interview project in which it is trying to find family members of those who fell and are buried in the Holten cemetery.

Julia Adamson, from Saskatchewan Gen Web, which helps with geneaology research, contacted the News-Times about the ICB project, asking for help. The email contained an ICB list of fallen soldiers, which included Sgt. Preston, from Maple Creek, and Private Albert Hughes, from Tompkins. 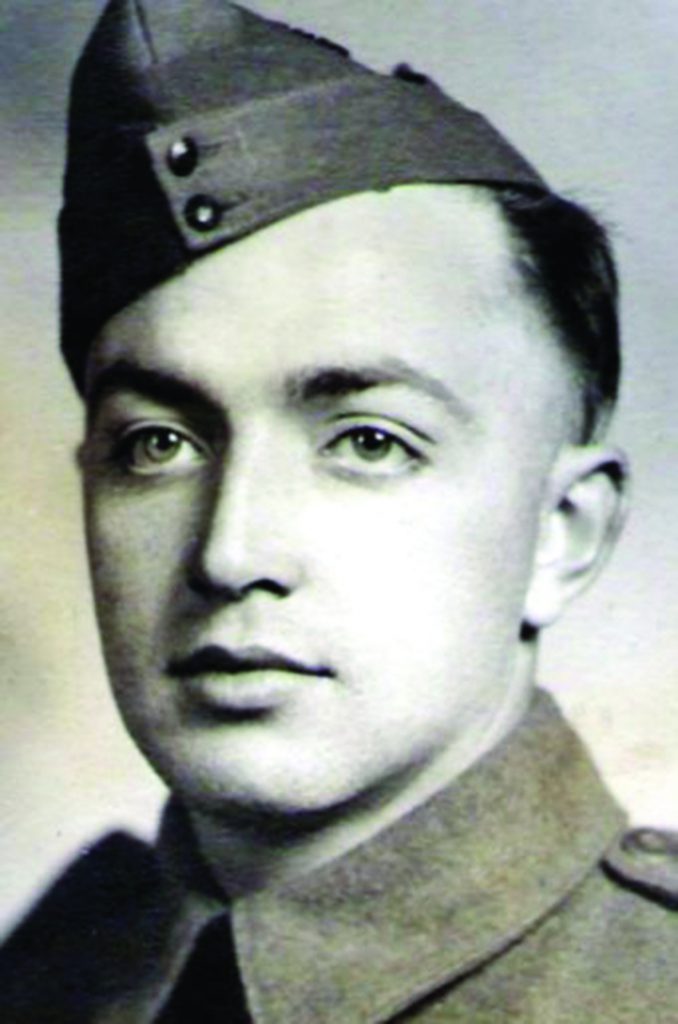 Sgt. Preston (registration number L/27591) was with 1st battalion of The Regina Rifle Regiment and died in action on April 30, 1945, at the age of 26 – just four days before the German commander-in-chief in the Netherlands, surrendered to Canadian General Charles Foulkes in the Dutch town of Wageningen.

He said the ICB planned to interview relatives of deceased soldiers buried in Holten. It intended visiting the interviewees at their homes in Canada.

“Our intention is to get more information about the soldiers who are buried in Holten, as well as get an impression of what the loss of a brother, father, son, friend meant for those left behind.

“We would like to have your cooperation in finding people, and maybe you yourself might be a good informant to interview. Please share your thoughts and possible candidates.”

The News-Times contacted Clay Yarshenko, historian and board member of the South West Saskatchewan Oldtimers’ Museum. Several days later he phoned to say Pte. Hughes’ son, Percy, lives in Tompkins. We contacted Percy, who was just one when his father died and knows very few biographical details. Percy, his brother, Richard, and sister, Valerie, were raised by grandparents, Joe and Emma Ward. 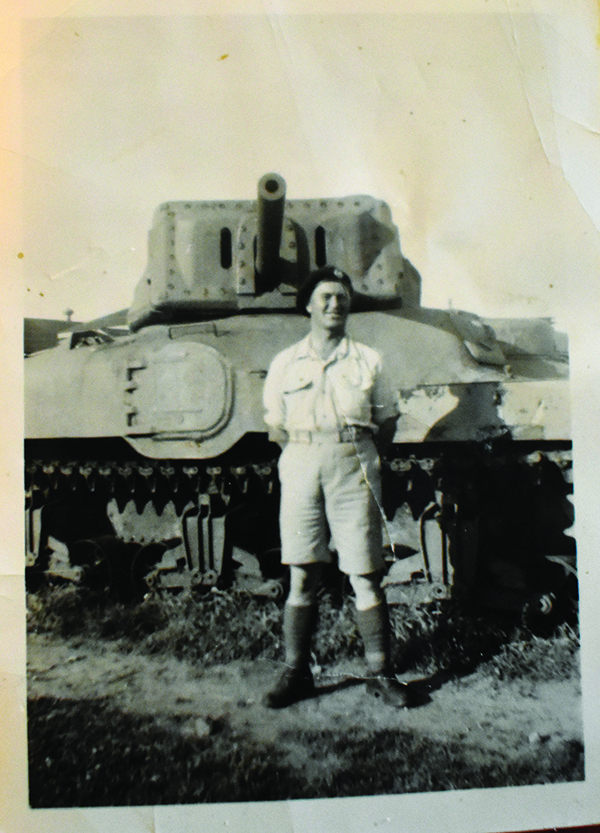 The News-Times will pass on Percy Hughes’ contact details to the Information Centre Canadian War Cemetery. If anybody has more information on Pte. Hughes, they can contact the ICB, the News-Times or Percy. According to the Canadian Virtual War Memorial on the Veteran Affairs Canada website, Pte. Hughes was the son of Mrs. E. Hughes and husband of Thelma Hughes, of Tompkins.

Our own research has revealed that Sgt. Preston was the son of John Roy and Maude Preston, of Maple Creek; husband of Ruth Favilla Preston, of Maple Creek; and the brother of trooper Lee Irwin Preston, 1st Hussars, who was killed in action on June 11, 1944. Saskatchewan honoured Sgt. Preston by naming Preston lake in his honour. His brother is also to be commemorated by the province. At one time the Preston family lived in Golden Prairie.

There are photographs of the two soldiers on Veterans Affairs Canada’s Canadian Virtual War Memorial (CVWM) site. There is also a picture of Sgt. Preston’s tombstone bearing the words “Greater love hath no man than this, that a man lay down his life for his friends.”

*Jan Braakman can be reached at jan.braakman@gmail.com. Julia Adamson, from Saskatchewan Gen Web, 210 Appleby Court, Saskatoon, is contactable at 306-380-5368.