“A disaster waiting to happen.” 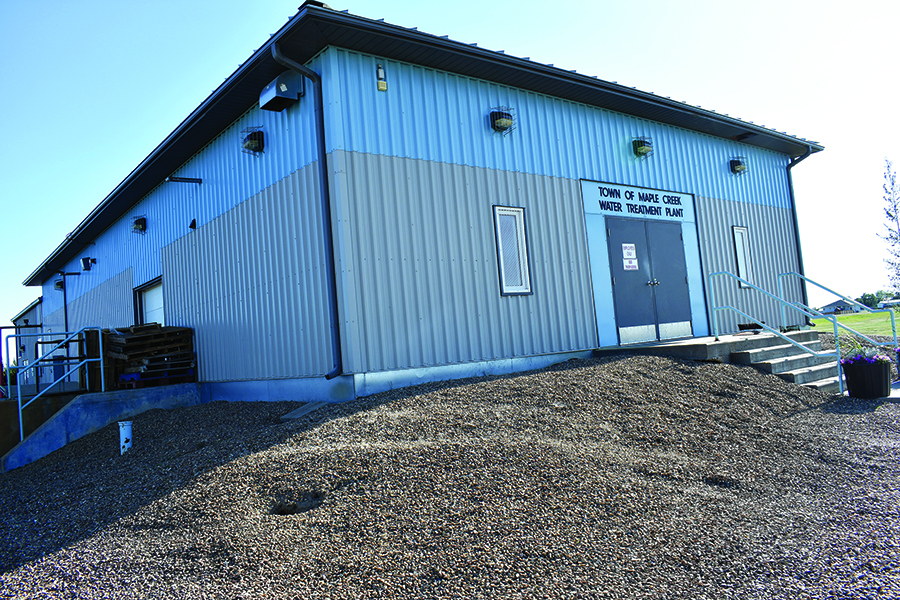 It has been described as a disaster waiting to happen.

Complaints have come in about people flouting a bylaw by taking weed sprayers to the Maple Creek water treatment plant.

The rule is sprayers should not come within 30 metres of the water because of the risk of chemical contamination. Signs at the plant say “No filling of sprayers or sprayer tanks, no hazardous chemicals allowed within 30m” and “Chemical sprayer and tanks strictly prohibited within 30 metres, Town of Maple Creek bylaw 2007-MC-07.”

Town Council is now looking at ways to curb the problem, such as imposing hefty fines and asking the bylaw officer to police the site.

The issue came to light at the July 23 council meeting. Councillor Ellaine Hawrylak said she had received several complaints, despite signs spelling out the 30-metre restriction.

“People are driving up in their trucks with sprayers hooked to their vehicles and filling the water tank on the truck,” she said.

“Well under no circumstances, unless you’ve got one heck of a long hitch, is your sprayer 30 metres away from the water treatment plant.

“My suggestion, take it or leave it, is that they are required to unhook their sprayer and leave it out away from the water treatment plant.”

Another suggestion, she said, was to increase the cost of buying water.

Councillor Hawrylak said sprayers brought with them a risk of contamination.

“I hate the thought of something happening with the spraying.”

Councillor Cara Teichroeb recommended that the public be informed about the issue through a community education exercise.

“It’s a disaster waiting to happen,” she said.

Michelle McKenzie, the Mayor, said people who flout the regulation should be hit with $5,000 fines.

Councillor Hawrylak said any fine had to hurt.

“We need to make that fine big enough so it isn’t a slap on the hand,” she said.

The Council also considered how to deter people from driving to the water plant at 2am to fill their tanks with water.

McKenzie suggested limiting hours when water could be bought.

“I think we should be doing that,” she said. “We could say you can’t buy water after 9pm.”