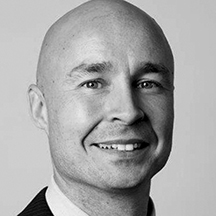 In 1907, Lee Harding’s great-great-grandfather, John Thomas, an Englishman who had worked in Adamsville, Quebec, from 1895, built a sod shack southeast of Melaval, Saskatchewan, walking all the way to Moose Jaw to get his land title. It was the first Harding homestead in Cypress-Hills Grasslands.

Now, 112 years later, Lee is a pioneer of sorts, trying to create a sustainable future for the People’s Party of Canada in the riding.

“It’s like tilling the ground,” he said. “The pioneers had to break the ground, using a team of oxen, or if they didn’t have one, they had to do it themselves.”

John Thomas’s hard work, turning a barren prairie void of fence lines, roads or markers, into a home, paid off. His eldest son, Fred, built a house on the farm, before moving after purchasing the Fred Kennedy Estate, S1/2 33-9-4, where he and his wife, Rose, raised their children. Fred and his sons left their mark on the landscape, laying down sidewalks in Limerick, Melaval and Lafleche.

Lee, the 5th generation of Hardings to live in the district, is hoping the People’s Party will create its own legacy in Cypress-Hills Grasslands.

It was last month that the PPC announce Harding as their federal candidate in the constituency.

“Southwest Saskatchewan has always been home,” Harding says. “The people here are the best around and I am proud to be one of them. I would be even more glad to represent them in Ottawa.”

Harding grew up near Lafleche before spending four years at Briercrest College in Caronport. He worked in the ag industry in Assiniboia from 1997-2001. Thereafter, he earned a journalism degree and was a reporter for CBC, CTV, and Global. As Saskatchewan Director for the Canadian Taxpayers Federation (CTF), he successfully lobbied for lower personal, business, and school property taxes. In 2010, he was Parliamentary Assistant to David Anderson, who has been the MP for Cypress Hills – Grasslands for the past 19 years. From 2011 to 2017 he was a representative for the CTF to renew annual support from farmers and business people across the province.

“Not only have I taken most of the highways in the constituency, I’ve taken most of the back roads too,” Harding says. “Having talked politics with so many for so long, I have a good idea what matters to them.”
Harding is familiar with Maple Creek.

“It has a nice feel,” he says. “The people are very friendly and upbeat. I like this southwest corner of the province.”

Harding was in Maple Creek for Heritage Day on July 6 and was present for the official reopening of the Log Museum. He posted a photograph of Nekaneet dancers in Jasper Street, during Heritage Day opening festivities and also attended the ranch rodeo.

“I enjoyed seeing a few familiar faces, made a new friend, and met others at the rodeo,” he wrote on Twitter. “I was impressed with the woman riding saddle bronc! You don’t see girls doing that very often.”

In 2016, Harding earned his Master of Public Policy at the University of Calgary. He became Research Fellow for the Frontier Centre for Public Policy, but stepped down from the non-partisan think tank to run for office. The father of two currently resides in Swift Current.

“The Trudeau Liberals drown Canada in political correctness and reckless spending. The People’s Party is the answer,” Harding says.

“Maxime Bernier has a plan to balance the budget in two years. He would fix equalization so Quebec doesn’t get $13 billion every year. He will stop handouts to corporations. Canadians would earn $15,000 tax-free and not pay capital gains taxes either. Bill C-16 will get scrapped so Canadians won’t face legal sanctions for using the wrong pronoun with transgenders. I am in full support of these proposals that Andrew Scheer won’t commit to.”

In the 2015 election, Conservative David Anderson won with 69 percent of the vote. Liberal Marvin Wiens got 15 percent, and NDP Trevor Peterson got 13.

“No one has to worry about splitting the vote in Cypress Hills – Grasslands,” Harding says.

“They only have to ask themselves what leader, what platform, and what candidate would best serve them.

“I look forward to hearing from constituents about their concerns and explaining how the PPC will handle those issues. And if the people place their trust in me on election day, they will get my best.”