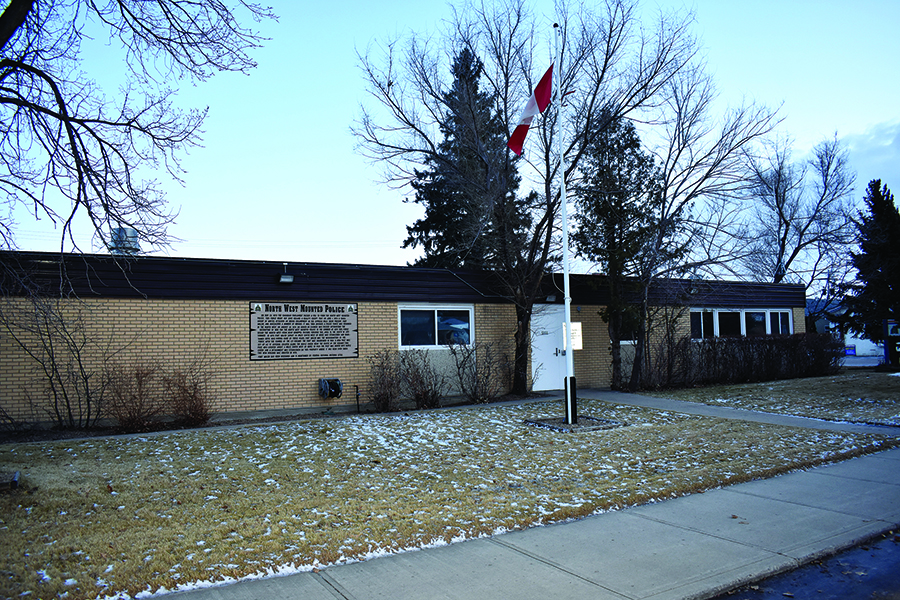 What do you think of policing in Maple Creek? Is it important for officers to live in the community? How can the service be improved? Is there a danger of trying to fix something that isn’t broken? After all, crime trends are declining.

You will have your chance to raise such questions at a January 15 public meeting on the future of policing in Maple Creek.

Public input is being sought on the present policing model – and potential ways to make the RCMP Detachment more cost-effective and efficient.

The possibility of basing the Detachment out of Swift Current is one option likely to be discussed; this would require members to live in Swift Current and work in shifts in Maple Creek, providing day and night coverage.

Wednesday’s meeting at the Armoury starts at 7 pm and will see consultants from MNP (formerly Meyers Norris Penny), a chartered accountancy and business consulting firm, gather information and opinions on potential policing models for the Maple Creek Detachment area.

Sgt. Phipps, Maple Creek RCMP Detachment Commander, will be present to field questions about area policing. Sgt. Dean Bridle, from Swift Current RCMP, may be there too.

Diane Moss, Chief Administrative Officer of the Town of Maple Creek, said she would also be going, along with Town Council.

She said the meeting was part of an RCMP and MNP study on service delivery in the region.

“The Town provided a venue,” she said. “The Armouries is the best place for such a meeting.”

Last Tuesday, the Town issued a release stating that elected officials of the detachment area would be meeting MNP before the Town Hall meeting to review the current deployment model for the Cypress Region.

“At this time, the Town of Maple Creek elected officials have no further information than has been given to the public,” the statement said. “However, Mayor and Council understand the need for rural policing and the need to maintain a detachment in Maple Creek.”

Last Friday, Sgt. Phipps told the News-Times that comments on social media about the meeting, and concern expressed about possible changes, suggested there would be a big attendance at the Armoury.

He said MNP consultants were coming to ask questions – not to present what is happening.

“They will be here to gather information,” he said. “MNP is doing research for the RCMP to see what people like and don’t like about the current policing model and to explore other ways of doing things.”

Asked about the cons of the current model, Sgt. Phipps said staffing was one area that had posed challenges: when vacancies occurred, policing a small town with limited resources was difficult. It put a huge strain on officers, increasing the risk of burn-out and stress-related conditions.

“We are up to strength now, but, of course, for four years we operated with some extreme shortages, which caused a couple of our members to resign,” Sgt. Phipps said. “They couldn’t do it any more – they have to take care of themselves if they become physically or mentally unwell. When you have such a small pool as we have, with the number of files that we have to cover, it can be really hard in such situations. Vacancies are difficult to manage.

“Nobody gets any rest. That makes us less effective if we are tired and not excited about our jobs. Of course, you could say that about any profession, such as teachers with too many kids in the class or ambulance staff members.”

Sgt. Phipps said one of the options being explored was to base the Detachment out of Swift Current.

“The RCMP building would be here, but there would be no members living in Maple Creek. All the members of Maple Creek, Leader, Shaunavon, Gull Lake, Ponteix, Kyle and Gravelbourg would live in Swift Current. They would get in their cars in the morning and drive to their rural locations, do the policing for the day and return to Swift Current. Then you would have night shift workers come out from Swift Current.

“It would be very close to 24/7 coverage, but you wouldn’t have members living down the street. That’s something that MNP want to talk to community members about and find out how people feel about that.”

Sgt. Phipps said cost-effectiveness and efficiency were the drivers of the study.

Addressing the pros of the current policing model, Sgt. Phipps said the hiring of two additional members had made a huge difference.

“Now we are up to strength our members have a healthy work/life balance,” he said. “Crime trends are on the decline. Seeing as people aren’t attending our regular town-hall meetings I feel that people are generally happy with the service we are providing in the area. If they weren’t I assume they would come and let me know at town-hall meetings.”

“The best real estate market is in Maple Creek, and the best options for resale when you want to transfer out. Living here means we have relationships with people we serve, we attend functions, we socialize, we regard the community as our home and not just somewhere we work temporarily.”

Sgt. Phipps said come February he will have been in Maple Creek five years.