The building of a helium plant planned for the Consul area is expected to create between 50 and 100 jobs.

North American Helium Inc., the company behind the project, said it will look to hire locally – and that includes Maple Creek.

“We are looking forward to a partnership with the local community.”

NAH plans to build a helium purification plant on farmland near Consul.

Blydo, a professional engineer with 25 years of operational experience in the oil & gas industry in Western Canada, said NAH had not yet made a “final investment decision” on the project. Details such as the design of the plant had still to be finalized. 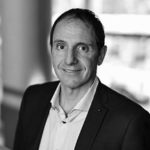 He believed this decision would be made in the next two to six months. Construction would probably take one to two years to complete, he said.

Last October, Blydo was one of two NAH representatives to meet about 24 people at Consul Hall for a public information session.

The other representative was Donna Bowles, vice-president of land & government relations.

The public heard that NAH was the most active driller of helium wells worldwide. Four wells in the area would tie into the proposed Battle Creek helium recovery plant south of Consul.

The plan was for civil and pipeline building to be undertaken in the latter half of 2020, with plant delivery and construction slated for the second quarter of 2021.

If everything went according to plan, the plant would be on-stream by the third quarter, the meeting heard.

The idea was to transport the gas to market, one load per day, using a fleet of six to eight trucks.

Helium cannot be stored, so it has to be hauled to where it can be processed. It is likely the gas will be shipped to the nearest liquefaction plants in Colorado, Kansas and Wyoming. In liquid form, helium can be placed in a container and marketed globally.

A big hope of NAH is to build a liquefaction plant in southwest Saskatchewan.

The helium in this area is detectable 2,500-2,800 metres below the surface. NAH is interested in reservoirs of helium-bearing inert nitrogen carrier gas that does not hold hydrogen sulphide, water or hydrocarbon gas liquids, which makes it easier to purify to nearly 100 per cent for market sales. Other gases discovered with the helium are safely vented into the air.

Blydo said the information session had been a success.

“The plan was well-received,” he said. “The local community is very excited about it. We are looking forward to being partners and having a good relationship.”

He added the plant was expected to have a 10-year to 20-year life.

The Consul project follows a period of exploratory drilling by NAH in the region.

It has long been known that Saskatchewan is a source for helium.

Oil and gas companies found helium during exploration in the 1950s and Battle Creek was one of the areas identified; the others were Wilhelm and Mankota.

In the 1960s and 1970s, there was helium production in the province, but the market crashed after prices dropped in the late 1970s. Recently, prices and demand for helium have been rising again.