Groundwork being laid for anti-drug initiative 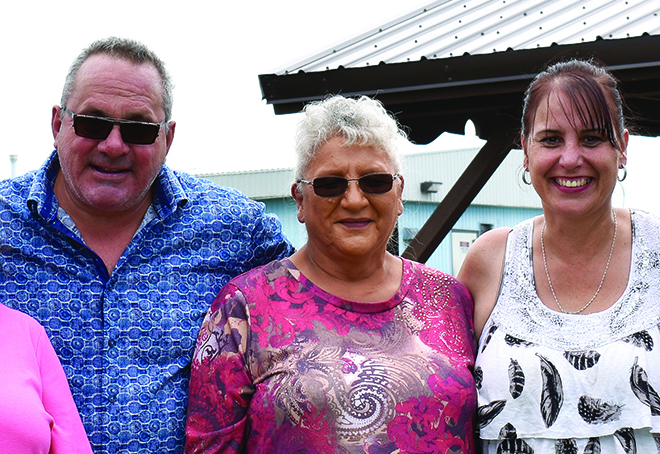 Initial talks were held last month about creating a drug strategy action committee involving a cross-section of the community, including the RCMP, the Nekaneet Reserve, youth workers and municipalities. It is hoped that the schools will also participate.

The initiative will seek to prevent substance abuse through education, such as heightening public awareness about potential drug activity throughout the area.

It comes amid growing concern over regional gangs and the harmful influence of crystal meth and opioids. Two key figures behind the initiative are Wayne Cormier, executive director of the Saskatchewan Early Childhood Intervention Program (ECIP), and Lori Davis, Nekaneet Reserve-ECIP liaison.

Cormier chaired the preliminary February 12 meeting at the Town Hall.

“It was basically to see what interested parties are going to participate and laying the groundwork for starting a committee,” he said. “We are at the very early stages.”

A follow-up meeting at the Town Hall has been planned for this month.

Cormier said the idea of a drugs task force emerged from his work counselling with young people and families in the area.

It was clear, he said, that drugs such as opioids and crystal meth were having a growing influence on the community.

“Maple Creek is not protected from that,” he said.

Cormier said the blueprint for a Maple Creek drugs committee had already been established.

About eight years ago, a Swift Current Drug Task Force was launched. It was later renamed Drug Strategy Action Committee.

The committee is made up of different organizations, such as the RCMP, Mental Health and Addictions, and City Council, and its mission is to engage in a drug strategy that focuses on prevention, harm reduction and community justice.

“I don’t believe we need to recreate the wheel in Maple Creek,” said Cormier, adding that the new group would probably also adopt the title of “drug strategy action committee.”

“It’s a matter of getting the correct players to the table.”

One potential player who had already expressed an interest in the initiative, said Cormier, is Rob Stewart, principal at Sidney Street School. Such participation was welcome, he added because it was important to get youth involvement.

“I have an 18-year-old daughter and a 16-year-old son – one is at university and the other at home,” he said. “I try to speak to them every day as it is important to have dialogue with our youths and be aware of any bumps in the roads they are taking.”

Cormier said drugs were being funnelled into the Maple Creek area off the highway, via Calgary and Medicine Hat.

“These drugs don’t have a bias against culture or skin colour,” he said, pointing out that the drug culture had changed through the years.

In the 1970s and 80s, there was a surge in cocaine use, seen as a glamour drug associated with celebrities, high rollers and glitzy parties. Getting coke required money.

Nowadays, however, drug users can buy a three-day high for just $20.

Cormier expressed excitement at the Maple Creek initiative, saying it would be worth it if just one child’s life was saved.

He intends to work out of an office in a white building across from the Senior Citizens Centre in Cypress Street.

“It is in the middle of being renovated,” he said.

He added there would be a media blitz once the committee was formed and an initial strategy devised.

Michelle McKenzie, the Mayor of Maple Creek, said she too was excited by this new push against the pernicious effects of drugs.

“We don’t want drug dealers in our community,” she said.

McKenzie said education was key to combating the problem: people needed to be alert to potential drug activity, and know-how and where to report it; they also should be able to tell when someone was high.

She said it was shocking to hear reports of drug gangs trying to recruit children.

“We need to make sure our kids are safe.”

• Methamphetamine is a central nervous system stimulant made from amphetamine and other derivative chemicals.
• Most addicts use the drug in its illicit forms: meth and crystal meth.
• Meth is a crystalline powder that is usually white, although it can be yellow, pink or brown. Odourless, bitter and soluble in liquid, it is most commonly consumed by smoking, snorting or injection. Crystal meth is clear or blue and in the form of coarse crystals that are usually smoked. Drug dealers will often cut meth with other substances to increase profit margins.
• Street names for methamphetamine include glass, ice, crystal, crank, tweak, redneck cocaine and chalk.
• Injecting meth produces the strongest effects that can last up to 30 minutes. The rush is caused by an increase in heart rate, blood pressure, and pleasure-inducing neurotransmitters in the brain. After the initial rush, meth users experience a steady high that can last up to 24 hours.
• Meth is very cheap. The going street rate for meth in northwestern Ontario is $10 to $30 a “point” (one-tenth of a gram), according to the Ontario Provincial Police.