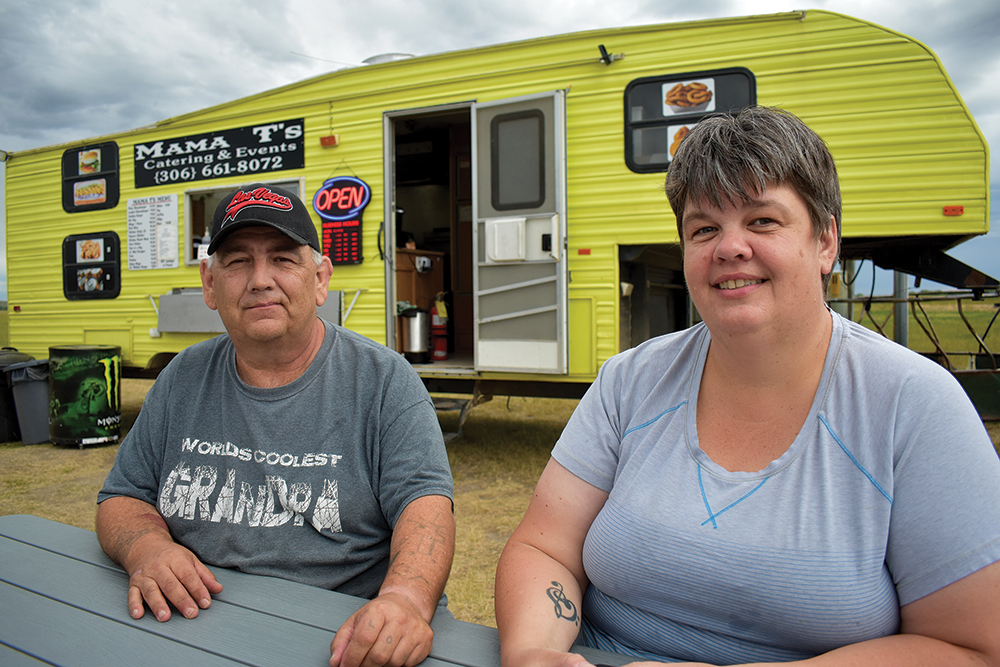 The public have been invited to provide feedback on a business licensing fee schedule.
“We welcome input from citizens and businesses about what is being charged,” said Councillor Barry Elderkin.
He was speaking during debate on a bylaw of the Town of Maple Creek to control and regulate mobile food vendors.
At the July 14 Town Council meeting, the bylaw passed its third reading. In its original form, it had received a first reading on June 23. However, a slight amendment to the wording meant it had to pass through all three readings last week.
Attached to the bylaw is a schedule of licence fees, which sets out a range of charges for certain businesses to operate within the town.
Council heard that one letter of complaint about the bylaw and fees schedule had been received – from Betty Abbott, a Maple Creek real estate agent – although during the live-streamed debate several people commented on Facebook that they had also sent letters.
Councillor Elderkin, who chairs the Health, Planning & Development Committee, explained why Council passed the first reading of the bylaw at the last meeting.
“The reason we did that was to allow ratepayers and the public to provide us feedback,” he said, adding: “I thought there might be a delegation here tonight opposing the bylaw over the way it was written.”
Councillor Elderkin went on to address some of the concerns raised by Abbott, starting with the issue of why caterers aren’t included in the bylaw.
“Caterers are different than other mobile food vendors,” said Councillor Elderkin. “Yes, some caterers have trailers. The difference is that food isn’t prepared in that trailer. It is prepared in a commercial kitchen and it’s loaded in that trailer and taken to an event.”
Councillor Elderkin said Abbott made a good point about unclear wording.
“We are going to amend it in the second version of the bylaw to make it more understandable.”
On the matter of the fees schedule, Councillor Elderkin agreed that it was time to review it.
“I can remember three or four years ago Council was going to look at that. I was chairman of a different committee.
“We were seeking input, but it didn’t happen.”
Councillor Elderkin said he wanted the public to know the bylaw wasn’t “pulled out of the sky”,
“We did look at other communities and see what bylaws were in place. We didn’t reinvent the wheel.”

If people have concerns, they should forward them to the Town Hall or Town development office, said Councillor Elderkin.
“The other suggestion is that we could set up a separate committee of business people who have concerns and other citizens and other council members.”
Finally, Councillor Elderkin tackled the issue of conflict of interest.
“If a Council member feels there is a conflict of interest over any matter at the table, it’s up to the Council member to declare that and remove himself or herself from any vote. A conflict usually involves some kind of money, some financial gain.”
Councillor Elderkin did not believe this issue arose during the passage of the mobile food vendors bylaw.
After the meeting, Michelle McKenzie, the Mayor, said some letters about the bylaw had gone astray because the Town’s SaskTel account had been hacked.