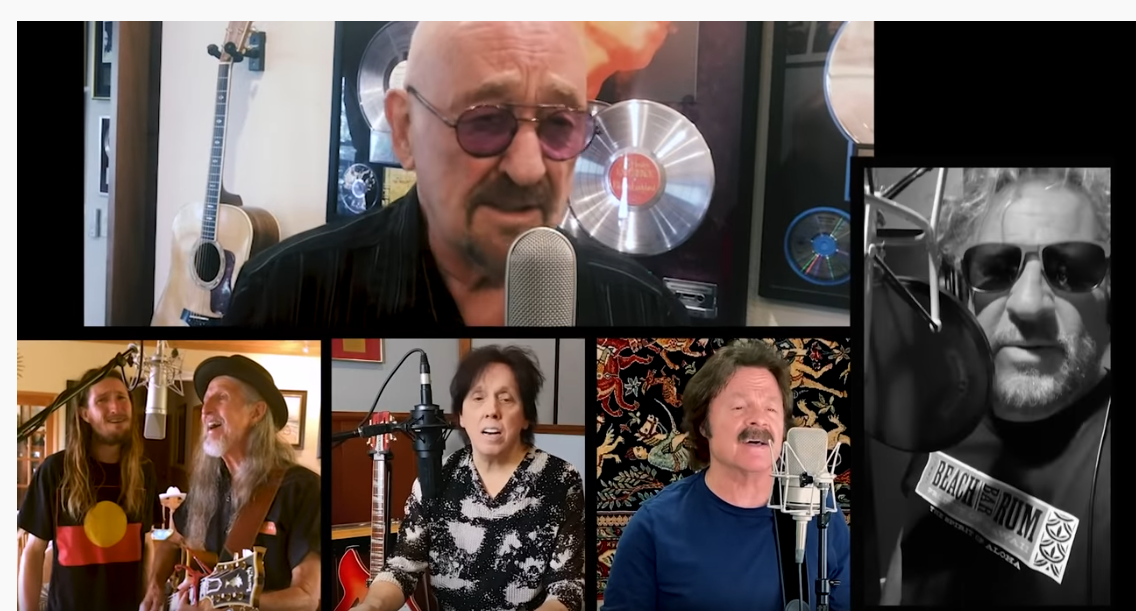 It’s been 50 years since Rock and Roll Hall of Fame inductee Dave Mason released his first solo album, “Alone Together.”
On Nov. 20, Mason’s re-imagined “Alone Together — Again” will be released. The singer, songwriter, and guitarist has performed with some of the biggest icons of rock music, including Eric Clapton and Steve Winwood.
He has recorded an album with Mama Cass, played rhythm guitar on “All Along the Watchtower” with Jimi Hendrix, recorded with Paul McCartney and the Rolling Stones, and was part of Fleetwood Mac, at one point in his musical career.
Mason was co-founder of the legendary rock group Traffic with Winwood. The English band’s hits included “Feelin’ Alright” and “Dear Mr. Fantasy.”
Mason’s newly-imagined album was self-produced, with the musical “gunslinger” on guitar and vocals. The new release will be available through Mason’s online store and on all digital platforms via his new partnership with Shelter Records. Orders for limited edition vinyl will also be available. He will also be hosting a special Facebook Live event on the evening of Nov. 20, to coincide with the release.
After leaving Traffic, Mason recorded his own solo project, “Alone Together” in 1970. The album featured the hits “Only You Know and I Know” and “Look at You, Look at Me.”
A new version of Traffic’s classic rock anthem “Feelin’ Alright” was re-recorded and released in July featuring Mason alongside The Quarantines (Mick Fleetwood, Sammy Hagar, Michael McDonald, and The Doobie Brothers.) Check it out on YouTube
According to Mason, the new release is a complete re-recording of the original album. As he started re-doing tracks, the songs became very different versions from the original recordings. Also, Mason added, the master tapes of the original album burned up in a fire at Universal, as many masters of classic albums were lost during that time.
“That was more of an impetus to get this put together as an album, actually. And put it out there,” said Mason, adding it’s been a few years in the making turning his original album into a new re-imagined release.
Mason pointed out he re-recorded the album with his band. “It’s got great stuff on it and great energy. The songs are still good. They hold up.”
As for any post-album release touring of the new record, Mason said obviously there’s not going to be any live performances until at least next summer. “I would imagine,” he noted, due to the current COVID-19 pandemic.
Right now, Mason continued, he doesn’t have the facilities to do anything really proper through social media platforms — in regards to any live performances or the like. “Other than what we did with the version of ‘Feelin’ Alright’ that recently came out.”
“Everybody was in different locations. I just started to build a track and then sent it to each person,” Mason explained.
It became a process, Mason said. “I think probably because everybody is really proficient and professional in their roles musically, it actually came out energy-wise and music-wise as if we were all doing it at the same time. It actually came out really good. It was great. It was great all these guys agreed to do it.”
After the new album is released this month, Mason said he is also in the process of finishing up a book for release next year in 2021.
“Maybe The Quarantines can go on the road next year,” he joked.