‘If you build a winery in the middle of nowhere, people will come to it’ — Cypress Hills Winery will live on with new owners 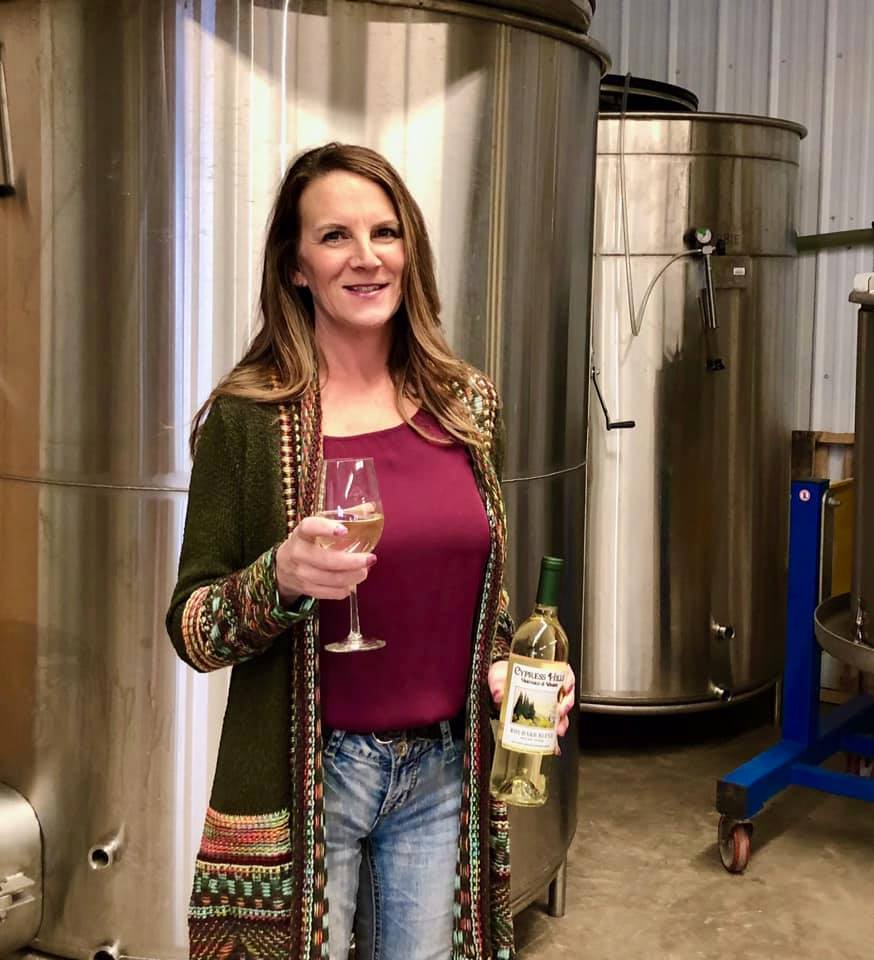 An announcement was posted on a Facebook page last week to celebrate the signing of official papers between Cypress Hills Winery and its new co-owner and new wine-maker Kathryn Reesor.
It was stated in the post, “Together, with her uncle and brother, Kathryn will take the business to its new home near Maple Creek that will be built this coming year. And yes, it will re-open to the public.”
Marie Bohnet, soon-to-be former owner of the winery, stated — “On behalf of Marty and myself, I would humbly like to thank our faithful customers and wonderful staff for 16 years of adventures. It’s been a hell of a ride! We are so pleased ‘our baby’ is going to a good home.”
Marie said she and Marty had listed the winery for sale last year. “It’s time for somebody to take the winery to the next level.” The winery switched to strictly manufacturing and was closed to the public for the past three years.
“We’re super excited to find buyers that want to keep the winery in the area — because it really was a drawing card. We put between 15,000 and 18,000 guests through every summer and we had people from all over the world. It really was a good economic driver for the area. Over the years, we had over 122 different employees,” Marie noted. “We provided a lot of summer jobs.”
It was an adventure, Marie said, and when she and Marty started their epic journey, there were no other wineries in Saskatchewan — so the Bohnets were trailblazers in the province.
“If you build a winery in the middle of nowhere, people come to it,” Marie pointed out.
Marie said the experience of selling the winery has been fun. “We kind of hit semi-retirement a couple of years ago and we took to that quite well. For me and Marty its so exciting Kathy and her family are taking it over because they’re going to drive some life back into it and open in a new location.”
Over the past few years, Marie said, she has heard from customers how much they have missed stopping by the winery.
From future plans shared with her by the new owners, Marie said the winery will be bigger and better than it was before. “We are super excited to see it live on.”
Kathryn noted she grew up in the Cypress Hills on the Alberta side. “I do have family that comes from this area.”
Kathryn explained she has been making her own wine at home for several years. “I had seen the posting last year when they decided to sell and it was kind of wishful thinking. And just talking with some family we decided we could make it a reality and bring it back to its former glory. Hopefully, we’re a good tourist attraction and for the locals, as well. And keep the local economy going.”
According to Kathryn the hope is to have the winery built and re-opened in the new location by late summer.
“It’s definitely close to Maple Creek,” Kathryn teased. “We’re really excited to get the building up and welcome the public back.”
Products used to make the wine will continue to remain local and from the province. “It’s definitely a homegrown enterprise,” added Kathryn and Marie.
Both Marie and Marty are thankful for the support of the local people and local businesses over the years. “We had so many business people offer us advice and mentor us along.”
“We were really touched by that,” Marie said.