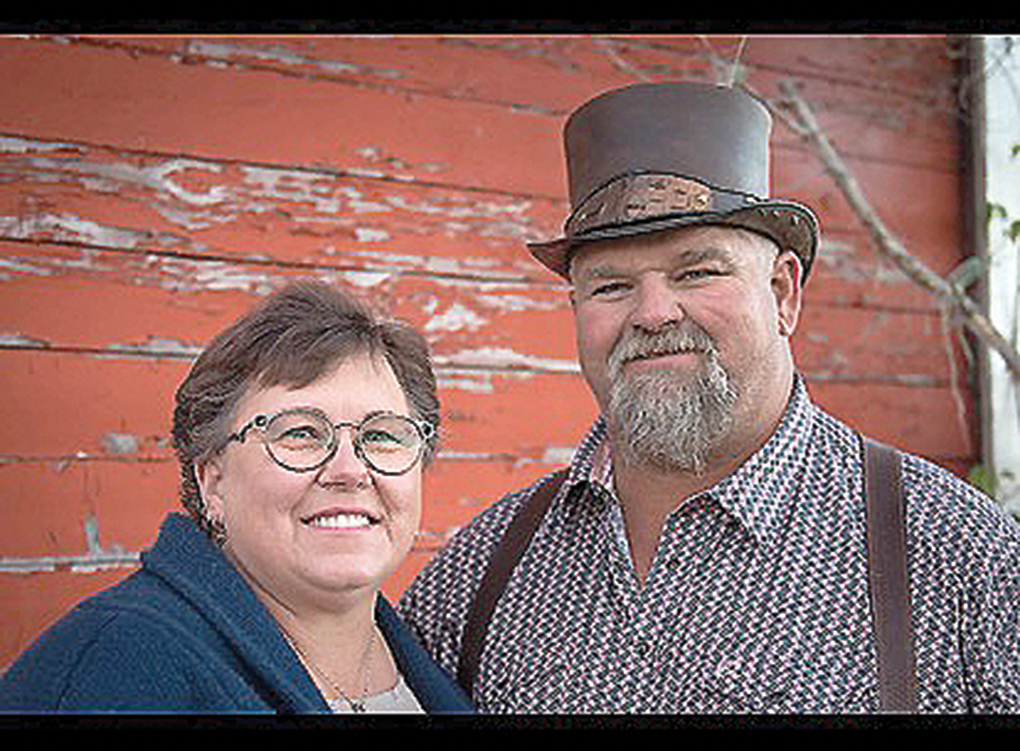 Angela Buchanan is pictured with her husband, Len.

When you’re facing difficulties, good friends can make all the difference.
Lori Davis and Angela Buchanan go back a long, long way, from the days in Maple Creek when they would do each other favours like baby-sitting. They know they can rely on each other in tough times.
After Lori heard about Angela’s cancer struggles, she was there for her friend.
On Saturday, she was there again – organizing an event at the Jasper Lounge & Event Centre that raised $21,287 for medical expenses, including travelling for treatment. Helping Lori were three other friends: Lori Watson, Alicia Coderre and Louise Agar.
The 3pm-10pm event featured an auction with a host of prizes, from puzzles and pillows to wine and jewellery. Three items were up for grabs every hour.
“Everything was donated from people all over the area,” said Lori.
The fundraiser also included chilli and a bun for $6 – Lori had donated the ingredients, while Ken White and Tonie Shea from Mama T’s did the cooking – and beer and wings for $15.
On Friday evening, there had been another silent auction, this one online; it proved a big success, raising about $16,000.
One of those who attended Saturday’s event was Angela’s son, Tavis.
“I think it is wonderful,” he said. “I never expected it.”
Tavis spent his early life in Maple Creek before the family moved to Govenlock, near Consul, where they run a ranch.

“In April 2019 I was diagnosed with estrogen positive Invasive Ductal Carcinoma Stage 2 … I did everything they said to do … surgery, chemotherapy, & radiation … by Christmas 2019 I had completed the course and was ready to put this all behind me.
“By May 2020 I knew something was wrong … my lymph nodes in my collar bone were large. Finally was able to see my Dr in June who ordered a CT, then an ultrasound, followed by a biopsy … and then the diagnosis … Triple Negative Breast Cancer Metastasis to Lymph Nodes. Started Chemotherapy/ Immunotherapy at the Saskatoon Cancer Center on Nov 3, 2020 … this means weekly trips to Saskatoon for 3 weeks in a row, and then a week off for 6 months. This will be followed up with 1 year and half of immunotherapy. It’s going to be a long road but recent CT showed shrinking of the tumours so treatments are working. Not gonna give up now.”