A taste of Ireland 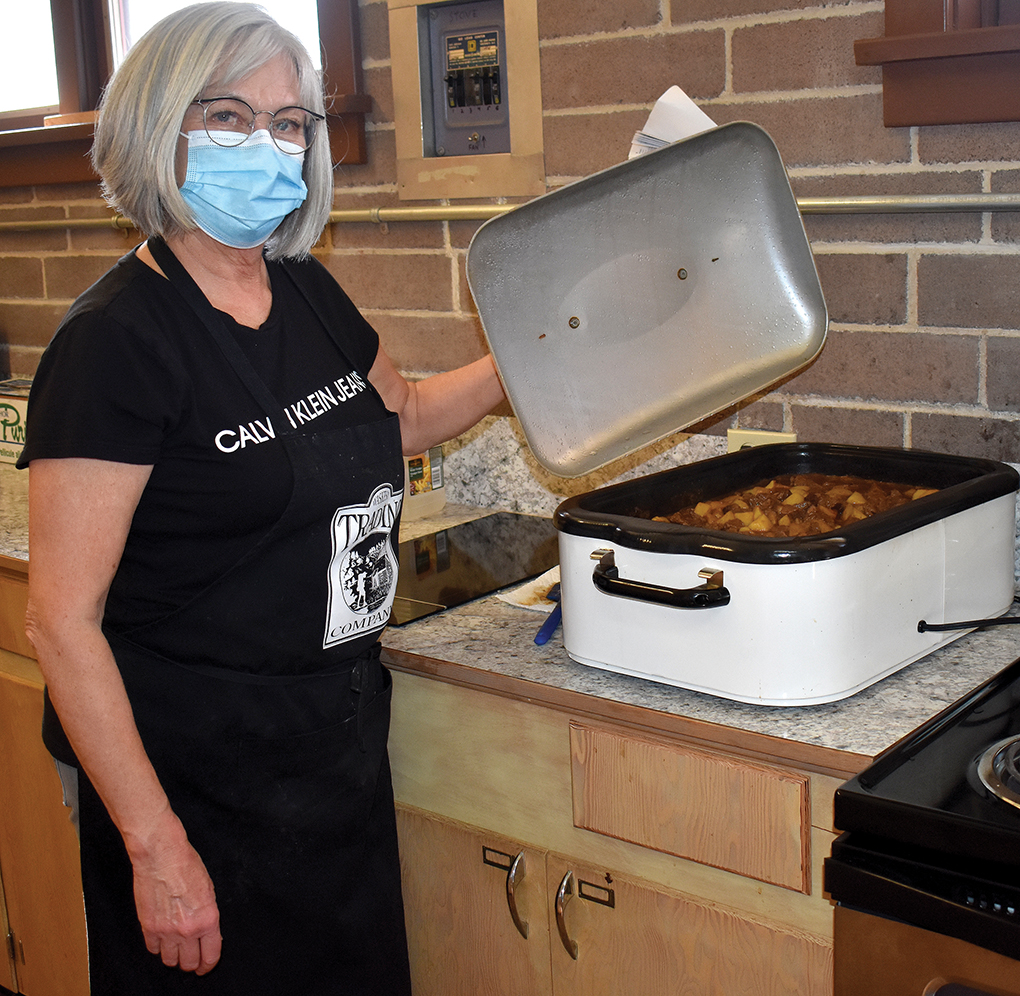 The beef stew made by Vicki Flanagan looks tasty.

It was a day when green seemed to be the most popular colour and even the odd leprechaun was visible. It was also a day when Irish beef stew was on the minds of many.
Wednesday, March 17 saw scores of people go to Maple Creek United Church from 5pm onwards for a culinary celebration of St. Patrick’s Day.
Alas, COVID-19 meant no sit-down feasting. Instead, pre-ordered Irish stew was there for pick-up, or delivered to those who couldn’t come.
The inside of the church was filled with the aroma of Vicki Flanagan’s cooking.
She had prepared 145 stews, consisting of beef, potatoes, onions, celery and spices. They were served with shamrock cookies and carrot salad, made by Kerrie Currie and Karen Bennett. Three of the meals were gluten-free.
Helping Vicki with the operation were Wendy Morrow and Marylyn Eckert. Each meal was put in a container with the recipient’s name on it.
Rev. Michele Rowe, pastrix at the United Church, was thrilled with the response to the St. Patrick’s Day celebration, which provided a social outlet during a period of COVID-19 restrictions. She hoped it could become a fixture on the church’s calendar.
St. Patrick’s Day observes the death of St. Patrick, the patron saint of Ireland, who lived in the 5th Century and is understood to have played a major part in converting the Irish to Christianity. He is traditionally associated with the shamrock plant, which he used to explain the Christian doctrine of the Holy Trinity.
The holiday has evolved into a celebration of Irish culture. In Maple Creek, that means plenty of green, and delicious food.