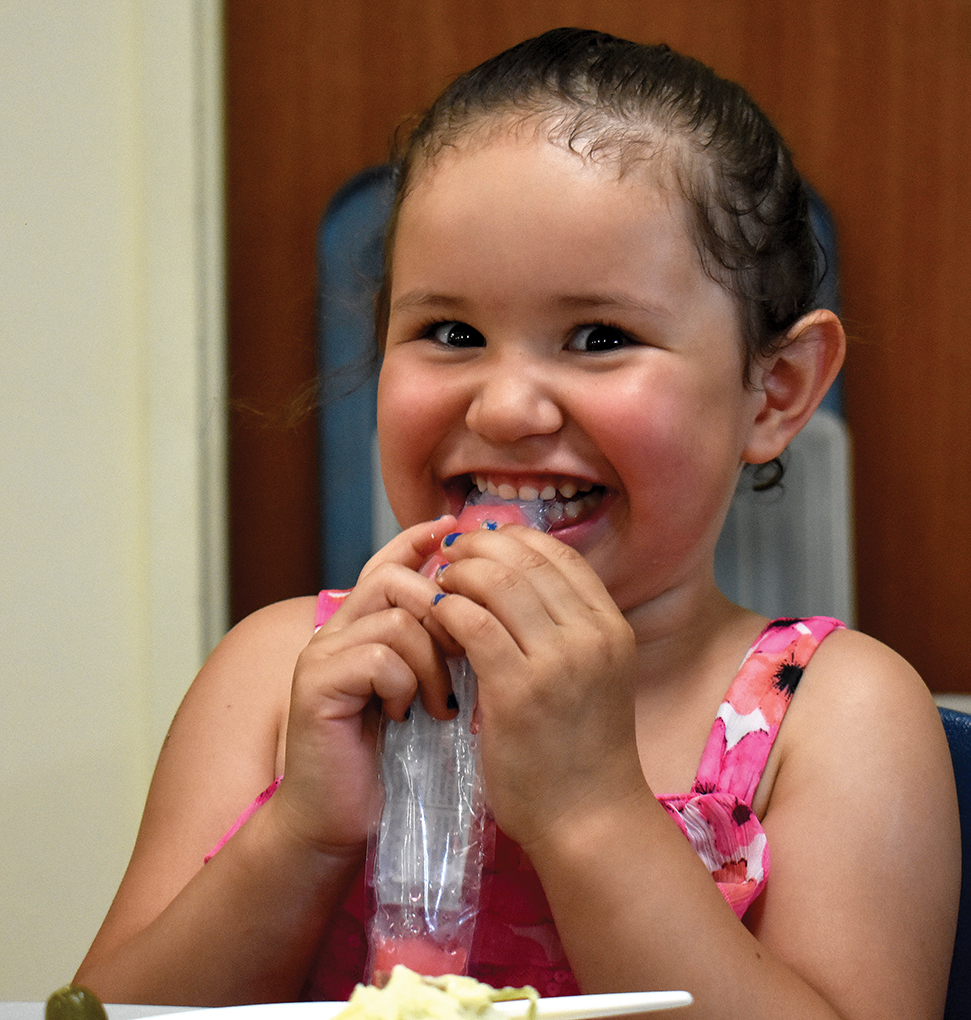 Chillin' out: Novah Huxted, 3, enjoys freezies at the Salvation Army "Cool Down" station on Friday afternoon.

Phew! As Maple Creek sweltered in record-breaking temperatures that topped 100 degrees Fahrenheit last week, staying cool became a priority.
For many it meant remaining indoors as much as possible, restricting outside activities to the morning or evening.
A few families ventured out to the splash park towards the end of the day. After all, what could be more fun than playing about in jets of water?
There was also another option on offer during the worst of last week’s heat wave … The Salvation Army’s “Cool Down” Station.
For three days, June 30-July 2, the station was open between noon and 4pm, providing cool refreshments, sandwiches, air conditioning, and games.
Up to 45 people took advantage, stopping off at the church for a break from the extreme temperatures, which had prompted heat warnings in Southern Saskatchewan. There to look after their needs were Major Ed Dean, Nicolette Avery-Weitzel (a staff member of The Salvation Army), and volunteer Phyllis Henderson.
For the thirsty, there were bottles of water, freezies, iced tea, and coffee.
For the hungry, there were smoked chicken breast sandwiches, cheese, baby carrots, potato salad, and pickles, with an optional smattering of Dijon mustard.
When the News-Times dropped by on Thursday afternoon, the reporter was treated to food and drink … and a lesson from Nico on the health benefits of pickles.
Being high in electrolytes, pickles apparently relieve dehydration. Some athletes are said to swear by pickle juice to restore electrolytes after a workout.
Major Ed said the idea of a “cool down” station had been discussed with the Town in view of the extreme temperatures in the Prairies, including Maple Creek.
“It was to give people an opportunity to get relief from the heat,” he said, adding that some residents might not have air conditioning.
Major Ed said The Salvation Army’s Community Response Unit had been down to the splash pad, in case anyone needed assistance.
“It was so hot that nobody was there,” he said.
Nico pointed out that people didn’t have the option this year of cooling down in a community swimming pool.
In response to the heat wave, the Town of Maple Creek imposed a fire ban on Friday, July 2. In effect until further notice, it bans open fires, charcoal-fuelled fires, and wood-burning fires. Propane fires and barbecues, however, are permitted.
A casualty of the fire ban was Rafter R Brewing Company’s July 2-3 branding party, the second time it has been postponed. The party is being planned as a fundraiser for Maple Creek Fire Department, with donations requested for each brand placed on the railings and the brewery donating $1 from each pint and growler/howler fill.
Extreme heat also caused the Jasper Cultural & Historical Centre to close its doors.
Visitors to the centre on Friday, were greeted with a sign on the door saying: “Sorry, we are not open today due to apocalyptic temperatures.”
The heat wave in the Prairies smashed dozens of records on Friday as Saskatchewan, Alberta and Manitoba grappled with the problem.
The prolonged hot weather across the country has been caused by a “heat dome”, which happens when ridges of high pressure hover over an area and create an effect similar to a pressure cooker.
In Saskatchewan, temperatures reached 40 C in the Saskatoon and Lucky Lake areas in the southern part of the province, setting new provincial records for July 2. Regina saw a high of 35.3 on July 2, breaking a 135-year-old record.
Maple Creek fared no better, with the temperature clock at the Jasper Street/Pacific Avenue corner showing 101 degrees on Friday. One resident told the News-Times that she recorded 45 C in a part of her property.
Mostly, the daytime temperature has hovered in the mid-to-upper 30s, with overnight lows in the 20s.
According to Environment Canada, Maple Creek, with a reading of 38.3 C, was one of 35 Saskatchewan communities that broke daily temperature records on Friday.
In British Columbia, nearly 500 people are reported to have been killed by the “heat dome”. The heat has also done little to help a province already vulnerable to the devastating effects of wildfires. Late on Friday, 136 active wildfires were reported in BC.
On Saturday a heat warning from Environment and Climate Change Canada was still in effect for Southern Saskatchewan. A Heat Warning is issued when the humidex value is expected to reach 40°C or more or when the temperature is expected to reach levels ranging from 29°C to 40°C or greater depending on your location.
By Sunday, however, it had been lifted with a gradual return towards seasonal temperatures on Sunday into Monday.
This week’s weather forecast for Maple Creek is for an easing in temperatures, with rain expected on Tuesday (23 C) and Thursday (19 C). Sunny conditions and temperatures of 28 C and 30 C are forecast for Friday and Saturday. 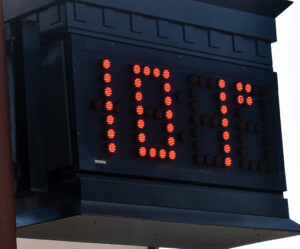