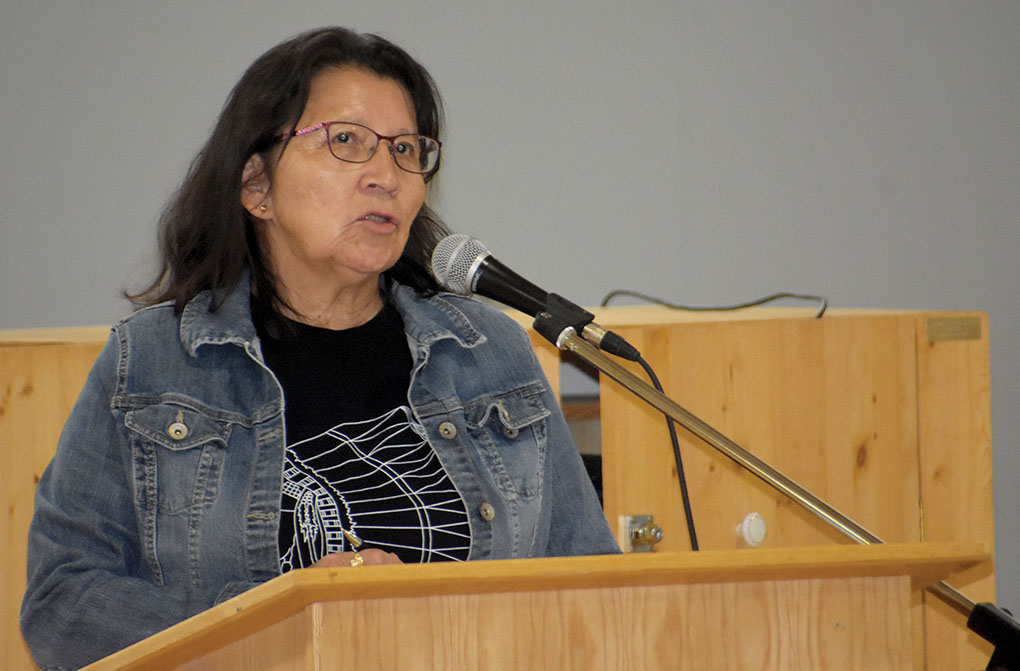 Metre sticks and yard sticks. They may sound like useful measuring devices, but to Irene Oakes they evoke painful memories.
Through her childhood, sticks were wielded by those in authority to beat her into conformity.
“Sit still, look straight ahead, don’t make a noise,” was a typical order.
Oakes remembers how fingernail inspections were part of the routine; any perceived infraction was dealt with harshly.
Then there were the times at high school in Maple Creek when she was called a “squaw” and pushed around.
When she was sick, there was no reprieve. During 275 days in a sanatorium at Fort Qu’Appelle after a tuberculosis outbreak, she suffered at the hands of a male nurse, who mentally abused her, telling her daily that she and her parents were stupid.
The systematic indignities – so typical of what Indigenous people have endured – left Oakes with lifelong scars. The shaming and racism ate into her self-esteem. It left her feeling like “a second-class citizen”, she said.
To survive, Oakes got into sports at school: basketball, volleyball, badminton, track and field, and rodeo.
“I had to figure out how to fit in.”
To this day, however, she has a fear of yard sticks.
“Education hurt us,” she said, referring to all Indigenous people.
In her presentation at the September 13 Cross Cultural Awareness Training session, Oakes, an education support with Nekaneet, touched on the trauma of residential schools, an era that ran from 1956 to 1996. During this dark period, Indigenous children suffered abuse, including raping.
The legacy can be seen in struggles with addictions, and a high drop-out rate at school.
Oakes said the history of Nekaneet people was one of resilience, determination, relationships, family, language, strength in ceremony, knowledge, and positive and supportive relationships with local ranchers and the North West Mounted Police.
Determination led to the Nekaneet staying in the Cypress Hills, refusing to relocate when other bands were forced out.
“We have lots of spiritual connections with the hills,” said Oakes.
On September 15, 1874, the Nekaneet signed Treaty 4.
Two years after signing the treaty, however, the Indian Act of 1876 was enacted, allowing government to control most aspects of Aboriginal life: Indian status, lands, resources, education, band administration. It forbade First Nations peoples and communities from expressing their identities through governance and culture.
Today, said Oakes, the Nekaneet First Nation leadership’s vision is to create a self-sustainable nation focusing on four key areas:
•Economic development: Treaty Land Entitlement (TLE) development, natural law energy;
•Training and education: proactive involvement with children’s education;
•Language and culture: revitalizing the Cree language and maintaining traditional ceremonies; and
•Health and wellness: enhance community’s holistic health.
Oakes said the Nekaneet people understand that in a changing world they need to adapt as they move forward in the four areas identified.
“And in order to move forward, we need to be strong and confident in our identify as Cree people of Nekaneet.”