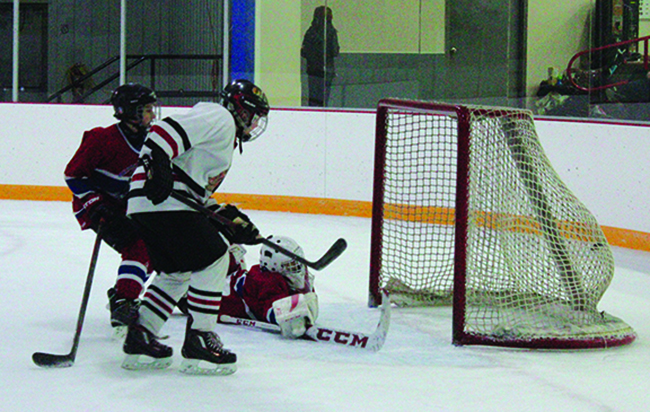 The Hawks went 3-1, which was good enough for top place in the tourney.

Maple Creek started things off with a 6-2 win against  the Ice on Nov. 18, then on Nov. 19 the Hawks continued their winning ways with a 10-5 win over Eastend and a 10-1 victory against the Canadians. On Nov. 20 Maple Creek saw its only defeat of the tournament, a 6-2 loss to the Stallions, but had already clinched the gold medal heading into the game.

It was hard for Maple Creek’s coach Ryan Brown to pick out one player who performed exceptionally well because the whole team played well, he said.

“The kids had a good tournament. They did a good job,” said Brown.

Despite a few lopsided games, the quality of competition between the five teams was evident, said Brown.

“It was fairly decently spread, and everybody at least got a chance. There was only one team that went home without a win,” he said.
Eastend finished with a 3-1 record, putting them in a tie for first with the Hawks, however the Hawks win over Eastend on Nov. 19 served as the tiebreaker.

Swift Current finished the tournament with two wins, one loss and a tie, the Medicine Hat Ice wrapped things up with one win, two losses and a tie and the Canadians finished 0-4.

Maple Creek will be hosting an Atom tournament on the weekend of Dec. 3.