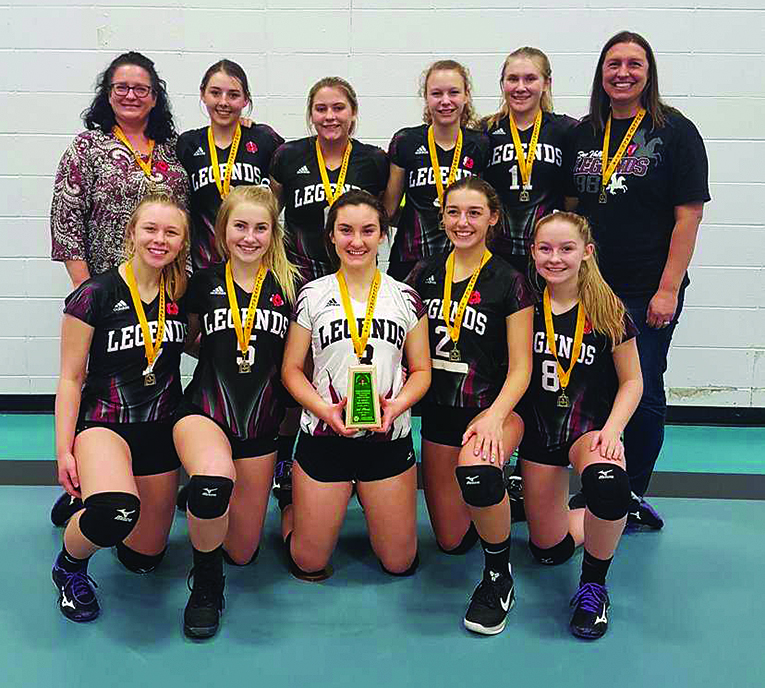 The Fox Valley 1A girls volleyball team were in Glaslyn over the weekend. They finished their pool play in a three way tie, with Luseland and HIllmond, for two playoff positions. After the tie break procedure was calculated, the Legends finished in second place in their pool. They defeated Borden in an exciting semifinal (2-1). The final pitted Fox Valley against Luseland, who had beaten the Legends in pool play. The Legends won the Regional Championship, avenging their only loss in the tournament. Fox Valley will host provincials this weekend. The Legends will be using their home gym and the second site is Maple Creek. Come out and see the ten top 1A girl’s teams in the province battle for gold!