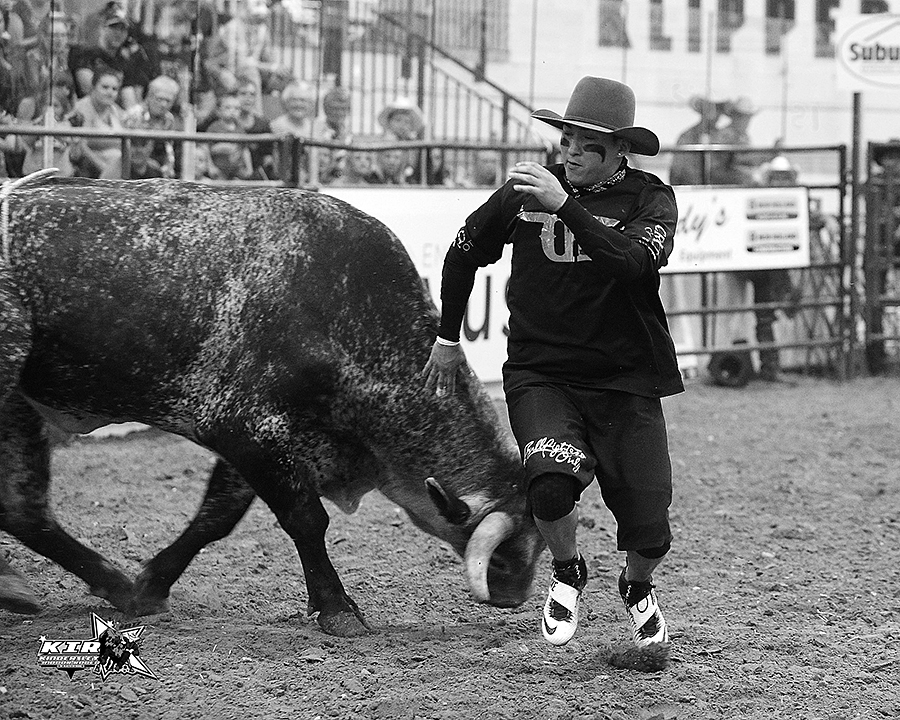 The Kindersley Indoor Rodeo has lasted nearly 30 years, with the community always ready to rally around it.

A single year without the rodeo in 2010 was enough to push Tyler Ritchie into action.

After the original committee – which began in 1990 – chose not to continue after half the local rink burned down, Ritchie became president of a new committee and resumed the rodeo the following year.

“We needed the rodeo. We formed a new committee with the previous committee’s help, and started our own thing in the remaining half of the rink,” he said.

The May 23 to 25 event, held at the West Central Events Centre, has remained there for nine years, even after the rink side was rebuilt.

Ritchie seemed like a natural fit as president of the mainstay, central event in the small, southwest Saskatchewan town.

“I’ve had a rodeo background since college. I spent years in Alberta competing along with my wife. When we moved back home, I was approached by the previous president, and I wanted to carry this on,” he said.

“It’s something I always wanted to do in the back of my mind, and I was so happy to get a chance to do it.”

The Kindersley Indoor Rodeo is considered one of the big kick-off events of the season, a title Ritchie remains proud of.

“It’s like having a finals rodeo at the beginning. It’s loud, there’s so much going on, and ours is one of the best paying rodeos for the winners. We designed it that way for a reason,” he said.

“It can slingshot competitors if they place well here, and give them a good chance at making the finals. Competitors could map out the rest of their year from here. We want people to go all in here, and we do things big.”

The Canadian Cowboys Association voted Kindersley’s rodeo the best of the year in 2018, and two other times as well.

“We’re so honoured. There are like 60 rodeos associated, and to know we’re doing something right and we’re a favourite for contestants is huge. It’s a great kudos to our volunteers, who run around like crazy to make this happen,” he said.

“To win this award is the icing on the cake an lets us know we’re doing things right.”

He said it’s the atmosphere of the event that sets them apart from all the others.

“We design this event to be an amazing one. It’s well-lit, has a ton of seating for our attendees, is in a spacious arena, has incredible sound, and we bring video replay boards into the arena,” he said.

“One of the things that’s hugely important is there’s next to zero slack time. We aren’t leaving people sitting on their hands.”

Ritchie says he takes great pride in the way the event is run each year.

“It’s designed like a sewing machine, and it’s always running and trucking along. Our volunteers and attendees all know where they need to be,” he said.

“That’s what separates us. I want to be clear, there’s nothing wrong with a good old, outdoor, all-day rodeo, and many desire that. We just do things differently.”

“Since we increased the prize money and included new buckles, we’ve had an increase in attendance. We also switched weekends to make sure things worked out,” he said.

“Now we have riders from Manitoba, Alberta, Saskatchewan and the United States who come, and with that money up in the air, anything can happen. This is rodeo, and people can come, get lucky, and bring home a good amount of cash.”

With a family night, a performance from Mitch Larock & the 454 Band, a pancake breakfast, bouncy houses, a food truck and mechanical bull-rides all on the schedule, Ritchie takes great pride in all Kindersley has to offer.

“It’s absolutely amazing to be embraced by the community and attendees. It’s an honour to be regarded like we are,” he said.

“It definitely gives us a warm, fuzzy feeling that people think of us the way they do. It puts a smile on our faces.”