Alex “excited” about playing softball in US 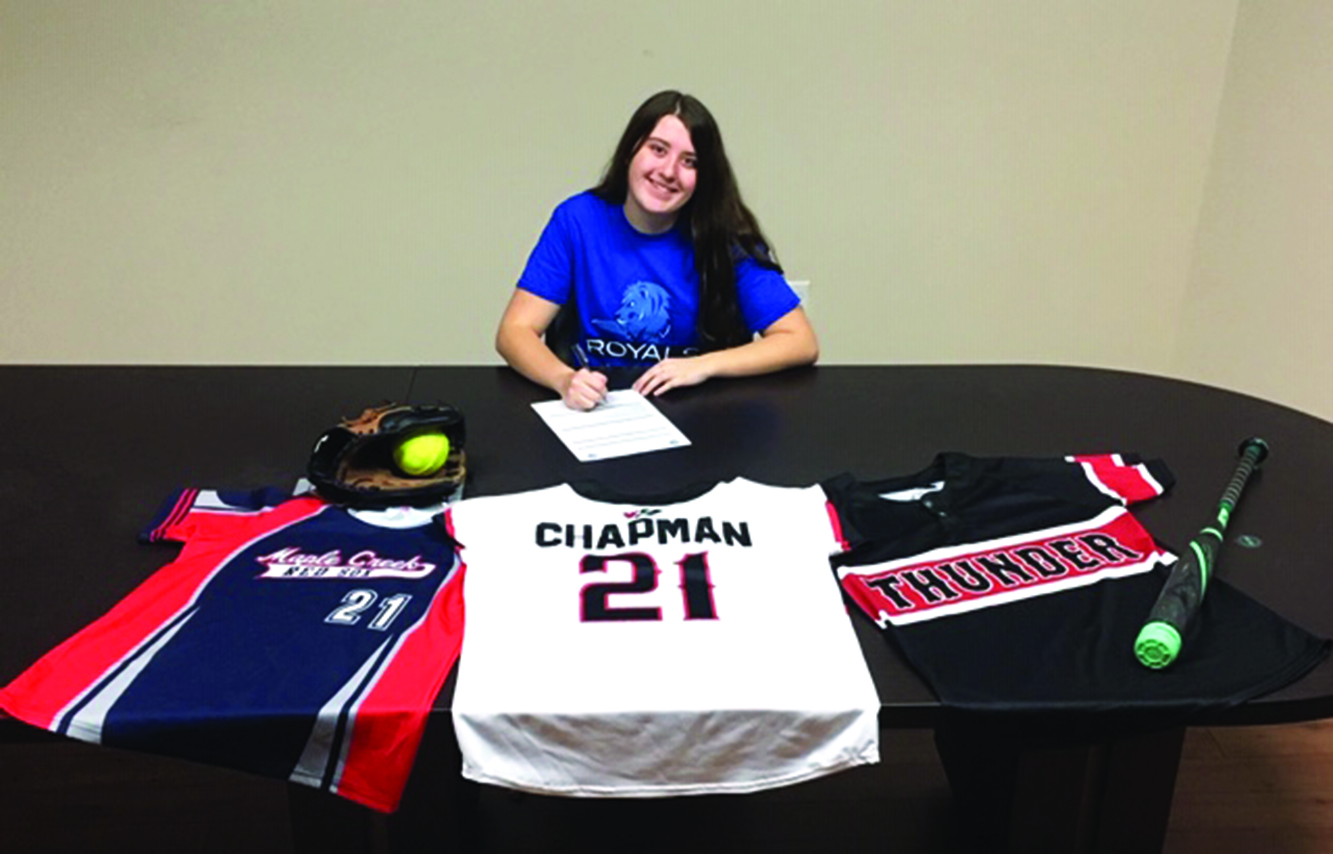 Sport is in Alex Chapman’s blood: her dad loved to play hockey, her brother is crazy about it too, and she also likes to compete on the ice.

Her passion, however, is softball. And it has been that way for nearly half her life.

From the moment she first pitched a ball, or picked up a bat, she felt comfortable: nothing could beat running around in the open air while respecting the sport’s team ethos. When did that happen? She struggles to remember because “it was so long ago”. Perhaps when she was 9 or 10.

She became a stalwart of the Maple Creek Red Sox, moving seamlessly through the ranks. In 2019 she played for the U19 Red Sox team and was also involved in the game in Medicine Hat, as a player and coach.

Now the 17-year-old is looking forward to testing herself on a much bigger, more exacting and imposing stage – at Lake Region State College in North Dakota.

Alex recently signed a National Letter of Intent/Scholarship to play softball for the 2020 fall semester. It commits her to playing for the college’s Lady Royals.

To an outsider, such a prospect might appear daunting, but to Alex, it heralds a thrilling new chapter in her softball career, full of possibilities. She has already been down to the college, toured the facilities, met the coach and players, and had a workout with them. She liked what she saw, heard and sensed in her gut.

“It felt like a big old family,” she says. “I don’t feel intimidated about playing with the Royals – I am really excited.”

Alex has barely six months left at Maple Creek Composite School, where she is studying English, chemistry, biology and history.

The thought of graduation fills her with mixed feelings.

She has deep roots in the community, having attended Sidney Street School before going to high school, and will miss her friends greatly when she departs for the States.

Her decision to look for a college in the US was influenced by her brother, who moved there to study.

“When I went down there I was given a tour of the university. The faculty of nursing was amazing. It was like a mini-hospital – there were test dummies instead of patients, and lots of cool stuff.

“I’ve always wanted to be a nurse. Medicine really fascinates me and I like working with people.”

Alex says she will transfer to another college for a further two years to complete her Bachelor of Science degree.

What will she do then? Alex is open-minded about her post-college future. She could return to Maple Creek to practise as a licensed practical nurse or go elsewhere. The opportunities appear endless.

“There will always be a need for nurses,” she says.

Before having to make that decision, however, plenty of softball awaits.

Last year, the Grade 12 student devoted a lot of time to sharpening her skills as a pitcher, first baseman and outfield player not only with the Red Sox but also with Thunder in Medicine Hat. In addition, she was a junior coach for the U14 Emeralds team in the Hat.

“I’ve really enjoyed coaching,” she says. “It gives you a new perspective on the game.”

The Lake Region State Royals, however, will require her to move to another level – something she is well aware of.

Alex has watched college softball and knows what to expect.

“It’s quite a jump from what I do now,” she says. “They take softball very seriously. It will definitely be a lot harder.”

Her Skype conversations with Royals head softball coach, Kory Boehmer, however, and her meeting with the team, have convinced her that she will be a good fit.

“I practised with the players and saw what they can do – running, fielding, batting. It was quite the eye-opener. It was amazing, but I did not feel out of place. It felt great being on the field with them.”

It seems Alex, who turns 18 in February, is well placed to continue the Chapman tradition of sporting excellence.

Even when she is a qualified nurse, Alex fully expects softball to be a part of her life.