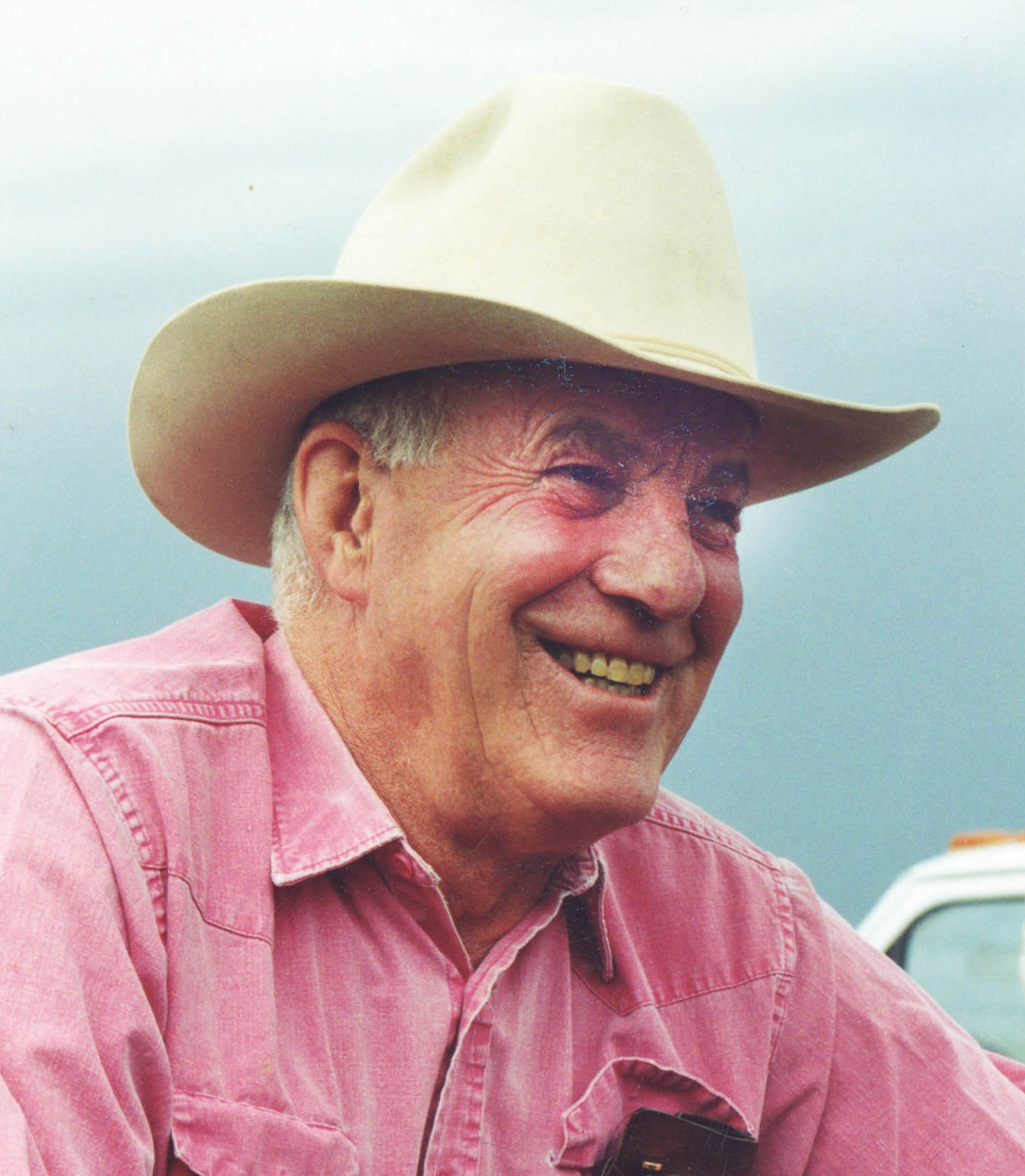 Bill attended school at Wild Horse, Alta., Swift Current and later Calgary. However, his real education was to learn to do by doing and he appreciated a job well done. He was mentored by some talented cowhands and in turn offered others the opportunity to learn the ranching way by example, by making and fixing mistakes, by thinking it through, and by doing the work. Bill was generous with his time and resources and liked to see people succeed.

In 1955, Bill married Helen Dowkes. Together they began a full and rich partnership both in family life and in the building of a ranch. Bill was an innovator and as much as he embraced tradition he was always looking for ways to improve the cow herd and everyday ranch operations. He built sturdy stock trailers, designed corrals and enjoyed working with deer horn and silver. Bill was glad to see son Joe, Brenda and their family continue in the ranching business and take over upon his and Helen’s retirement.

Bill was an active pilot and earned his flying wings in 1969. Checking cattle, horses and grass by flying over the Cypress Hills in his Super Cub became a regular and enjoyable activity. Bill was the recipient of the Working Cowboy award at the Canadian Western Agribition in Regina. He was also a lifetime member of the Saskatchewan Stock Growers Association.

Horses played a key role in Bill’s life. A childhood spent on the Q Ranch laid the groundwork for years in the saddle. Most of Bill’s horses became ones that were quiet, aimed to please, moved out and were ready to work when needed. He competed in saddle bronc riding in the late ’40s and continued to love rodeo through the years. In the ’70s raising bucking horses with Cowtown Rodeo Co. and providing stock for various rodeos brought enjoyment and fond memories. While watching performances his favorite moments were when the horse won and a good cowboy bucked off.

A tribute to Bill’s memory will be held during the Maple Creek Ranch Rodeo Sat., July 4, 2015. A private family observance will be held at the ranch in the fall.