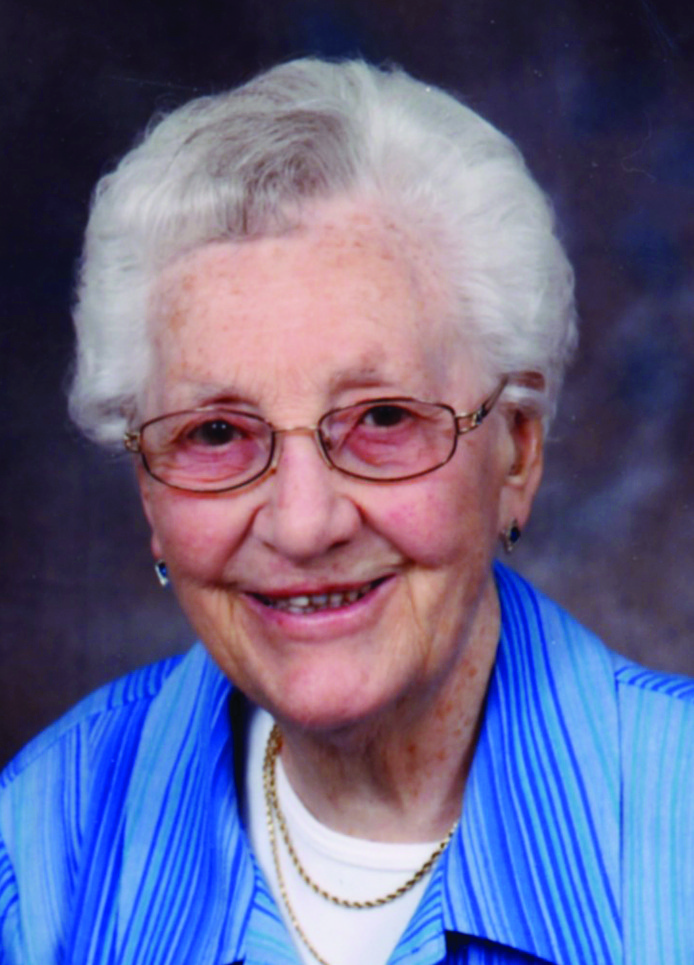 STANFORD – Major Thelma Mae Corney Stanford, born in Amherst, Nova Scotia on May 28, 1926 passed away on April 28, 2015 at the Cypress Lodge, Maple Creek.
Thelma is survived by three nieces and one nephew and her dear friend Joan Pierce.
Thelma was predeceased by her husband Abram Stanford in 2001.
Thelma followed God’s call into ministry in 1945, when she went to the William Booth Salvation Army College in Toronto and trained for officership. She served in ministry over a period of 40 years in all provinces but three.
Thelma married Abram Stanford from Newfoundland in 1986. They lived at Northport, Nova Scotia looking out onto the Atlantic Ocean.
Before her marriage she worked with her friend Joan Pierce for many years. After her husband’s stroke in 1994, Thelma moved with her husband to Maple Creek and moved in with Joan. She had lived in Maple Creek in 1956, when she served as the Corp Officer in the Salvation Army for two years.
Thelma loved God’s word and enjoyed preaching and teaching Bible studies. She was thankful for so many happy and wonderful opportunities of serving the Lord she loved.
Binkley’s Funeral Service, Maple Creek and Leader, in charge of arrangements. 306-662-2292.
The funeral service will be held Tues., May 5 at 2 p.m. at the Salvation Army.