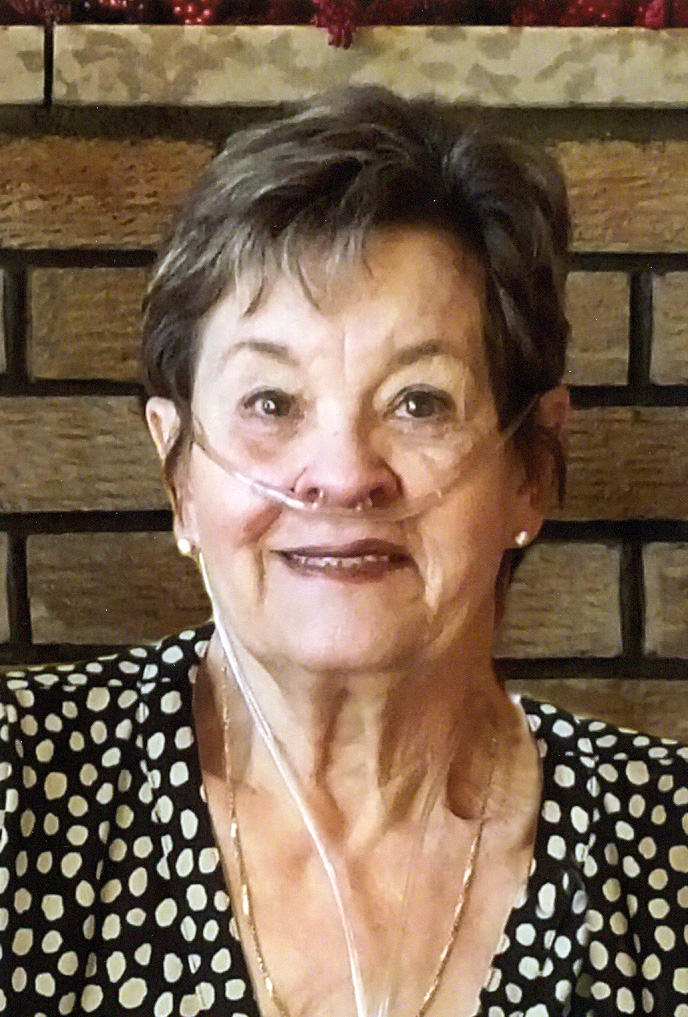 DUNCAN – Joan
With her family by her side, Joan Duncan died peacefully in the Maple Creek hospital on Wednesday, September 23, 2015.
A funeral service to celebrate Joan’s life was held Friday, October 2 at the Maple Creek Armoury.
Joan was born to John and Edna Tratch October 30, 1941 in Saskatoon and raised in Wakaw, Sask. She was the protector of her three sisters and the ring leader for their childhood adventures. Her idyllic childhood gave her the foundation that allowed her to grow into a strong and wise woman.
Joan moved to Saskatoon in 1961 to go to university where she met John, the love of her life. The only thing that worried her was how young he looked and that people would think she was dating a teenager. John moved to Maple Creek to work as a pharmacist and Joan joined him there after they were married.
She immersed herself into the community, teaching Sunday School and leading Canadian Girls In Training (CGIT). She was an avid curler and golfer, and attended many Saskatchewan Roughriders games. Joan loved to cook and was never afraid to take on a challenge in the kitchen. Her traditional New Years Eve Fondue was legendary amongst family and friends. She was proud of her Ukrainian Heritage and for years cooked the 12 Ukrainian time-honoured Christmas Eve dishes.
Joan’s family and home were her life. Joan managed a very lively household and liked nothing better than taking care of John and their four kids. During these busy years, she was a hockey and figure skating mom, a tutor, a taskmaster and a committed homemaker. She could be on the road driving kids to hockey, taking Richie to the hospital to get his broken arm fixed, baking something for a friend’s shower, babysitting someone’s kids or helping Heather do her homework. These things were her greatest joy.
Writer Elizabeth Gilbert recently said, “The women whom we love and admire for their strength and grace did not get that way because “crap” just worked itself out. They got that way because “crap” went wrong and they handled it. They handled it in a 1000 ways, on a thousand different days, but they handled it. These women are superheroes.” Joan was one of these women.
Joan was elected in 1978 to the Saskatchewan Legislature. She was Saskatchewan’s first woman to serve in cabinet. She was a committed MLA and took very good care of her constituents. She met with everyone who ever wanted to see her – and on occasion she made sure someone got fed or taken to the hospital or The Salvation Army if that was needed. Joan worked hard and the exhaustion, politics and long hours took its toll, but her sense of purpose never wavered.
She was greatly respected by the area ranchers and farmers. She had many friends from all over the province, but her heart was always in Maple Creek. She loved its open countryside, its sunrises and sunsets and how each season had its own special smell. And she loved the sage that grew on the sandy soil between Maple Creek and Piapot, the Cypress Hills, her house on the corner and John’s garden.
Survived by her husband John and their children William (Wendy), Heather (Rod), Richard and Michael (Tosha); her grandchildren Hunter, Jordyn, Chase, Jessica, Amanda, Carter, Jeremy, Mikayla and Murray; her sisters and their families Gail (Marion, Nelson, Margo and Monica), Merle (Kirby and Nora), Joyce and Lyle (Carl, Kurt and Jennifer); her sisters-in-law Trudy and Marion and brother-in-law Les and their children.
Predeceased by her parents John and Edna Tratch, John’s parents Bill and Grace Duncan, younger brother Allen and his son Jess, her brothers-in-law Arnold Moborg, Wayne Walker.
Binkley’s Funeral Service, Maple Creek and Leader, in charge of arrangements, 306-662-2292. http://www.binkleysfuneralservice.com.
Friends wanting to make a donation can do so to the Saskatchewan Lung Association or the Southwest Hospital Trust fund.