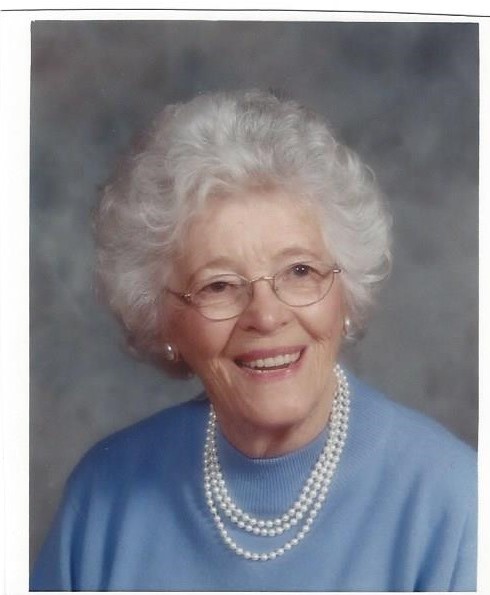 Reardon – Rita ~   1921-2015
Rita Doreen Reardon passed away peacefully with family by her side in Medicine Hat on October 22, 2015. She was 93 years old.
Rita was the second of four daughters born to David G. and Margaret Bowyer. She entered this world on November 13, 1921 in a farmhouse 8 or 9 miles east of Maple Creek and had a land number on her birth certificate.
The family settled in Maple Creek where Rita attended school, then in 1939 she went to Normal School in Moose Jaw. That happened in a hurry as Slager School near Tribune, Sk. was in dire need because their teacher had left her position. Rita being the star student was given her teaching certificate at Easter so she could fill the position. She stayed there for the following year then taught at Ear View just east of Gull Lake. Restless for adventure Rita and her friend Marg Arndt ventured out to the Kettle Valley in B.C where they taught in neighboring country schools for a year, then two years at Trail.
When her childhood sweetheart Ed Reardon returned from the war they were married on April 25, 1946 and after finishing the school year Rita joined Ed on a dude ranch near Lumby B.C. A year later young couple moved back to their roots at Maple Creek where their children Tucker (Tom), Judi and Patti were born and raised. When Patty entered school Rita resumed teaching and taught grade two at Jasper school for 10 years. Rita and Ed moved to Prince Albert in 1967 where Rita continued teaching until 1972 when they moved to B.C.
Rita had a real affection for the ocean and for twenty years she got to walk the beach practically every day. She kept busy with several volunteer groups and never quit cheering for the Saskatchewan Roughriders but in 1992 when Ed retired it was time to move back to the prairies to be closer to family and they chose Medicine Hat.
Rita played in several bridge clubs and was really active socially for a number of years. Rita and Ed travelled to Holland for the 50th Anniversary of the liberation of Europe celebrations and returned a few years later for a wedding in their host family.
After Ed passed away in 2001, Rita maintained her home for several years eventually downsizing and moving to Chinook Village and later Good Samaritan’s South Ridge Village where her time was spent watching every sport on TV.
She was also predeceased by her parents Dave and Margaret Bowyer, her daughter Judi Rowe, son-in-law Wayne Schlenker, her sisters Peg Mestdagh and Eunice Garissere. Brothers-in-law Gib Mestagh, Jean Garissere and Cal Johnston and special in-laws George and Anna Mae Robinson along with Walt and Kay Crowson.
Rita is survived by her sister Beth Johnston, son Tom and daughter Patti Schlenker, son-in-law Clayton Rowe, along with six grandchildren, nine great grandchildren and numerous nieces and nephews.
The funeral will be at St. Mary’s Anglican Church in Maple Creek on Tuesday, October 27th at 1:30 p.m.
Binkley’s Funeral Service in charge.
Donations may be made to the Southwest Integrated Healthcare Facility in Maple Creek.