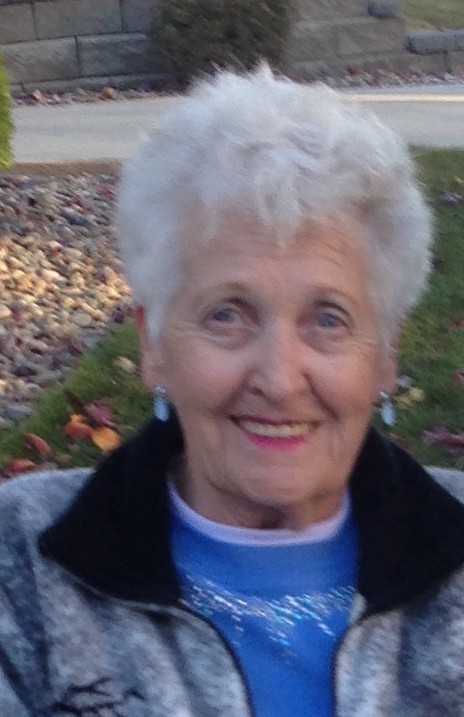 FORD – Sharon Ford beloved wife of Bernie Ford passed away on October 14, 2015. Sharon also leaves to cherish her memory her five children; Debra, Lorri, Lance (Cathy), Sandi, Rebecca (Ron), sixteen grandchildren, nine great grandchildren, numerous nieces and nephews, and one uncle Courtney Gibson.
Sharon was beloved in her community and would willingly help out whenever she was asked. She belonged to some community organizations. In her younger days she played ball and curled. When curling was on the television you would find her in her chair watching and cheering.
Sharon loved to play cards, bridge being her favorite but any card game would do. Many an hour passed at the farm when the family gathered on special occasions.
Sharon was the anchor for her family, grandchildren, and great grandchildren. They were her pride and joy. When she knew they would be coming to the farm the baking would begin. She knew what each one liked and it would be there for them.
This past Labour Day holiday the entire family, kids and all rolled into the yard for a surprise birthday party for Sharon and Bernie with all the food and everything needed for a party. Sharon was heard to say but I don’t have anything ready for you, no one told me you were coming.
During Sharon’s hospital stay once again they all came to visit grandma. The twinkle in her eyes, the smile on her face, hugs and kisses said how happy she was to see them all.
She would often say to Bernie when they all had left how lucky they were to have such a loving and caring family. I wouldn’t trade what it means to me for all the money in the world.
She will be missed very very much but our memories will be with us forever.
A Memorial and Tea was held on Monday, October 26, 2015 in Tompkins, Saskatchewan. Pallbearers were Sharon’s grandsons Kory, Travis, Nick, Jasen, Justin, and Craig. Donation may be made to the Tompkins Lioness Cancer Committee, Tompkins Cancer Committee, or the Tompkins Senior Centre.
Binkley’s Funeral Service Maple Creek & Leader in charge of arrangements, 306-662-2292, http://www.binkleysfuneralservice.com