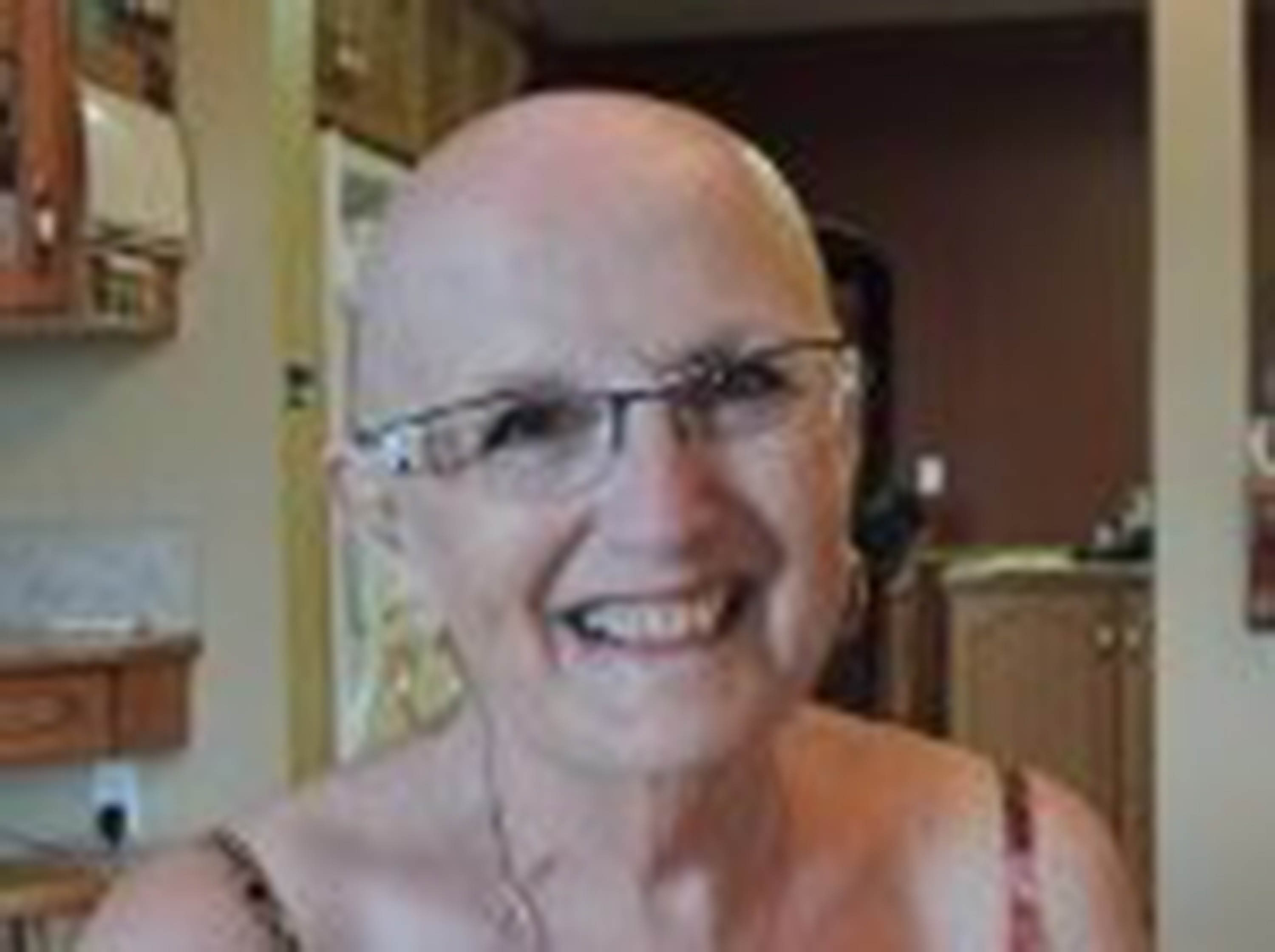 DUMONTEL – Suzanne Alexandra Dumontel of Claydon, Saskatchewan, beloved wife of Alan Dumontel, passed away on Monday, October 26, 2015 at the age of 70 years.
Sue leaves to cherish her memory her son Craig (Tammy) Dumontel; three grandsons, Ben, Brody and Blake Dumontel; mother-in-law, Edith Dumontel; brother-in-law, Rodney (Deb) Dumontel; and three nieces, Nichole (Jeff) Kessel, Lindsay (Cory) Niedzielski, and Chantelle (Doug) Kee and their families.
Sue was predeceased by her parents, Joyce and Harold Turvey; father-in-law, Henry Dumontel; sister-in-law, Jan Baker; and brother-in-law, Norm Baker.
Sue was born in Paignton, England on January 8th, 1945. Sue graduated from nursing school in 1967 as an accident and emergency nurse. This career brought her to Eastend, Saskatchewan where she met her future husband, Alan. After they were married on March 1, 1969, they resided on the farm by Claydon, Saskatchewan. Throughout the years, she worked as a nurse at the Eastend Hospital, became one of the first homecare nurses in the area, spent time as a project secretary and camp nurse at the pipeline compressor station north of Bracken, worked both the provincial and federal elections. Over the past 10 years, she worked at the Old Man on His Back Prairie and Heritage Conservation Area as an interpreter and just recently succeeded to have this area designated as a Nocturnal Preserve.
She filled her spare time volunteering for the Ethnic Supper Committee, sitting on the local school board, golfing, skiing, History book committee, boy scout camp nurse, spending time with her grandsons, singing in the Secret Valley Singers and then the Swift Current Oratory Choir, and finally, her true passion quilting. Sue spent many hours quilting beautiful treasured quilts, table centers, and wall hangings. She taught many quilting classes and volunteered many hours to the Victoria’s Quilts Climax Chapter.
Sue’s family is proud of the positive impressions that she has left with all of you. She had amazing strength, will, courage, and determination through her battle with cancer and we hope that her attitude has helped or will help someone down the road. She will be deeply missed by her family and everyone that knew her.
A celebration of Sue’s life was held in the Frontier Hall, Frontier, Saskatchewan, on Monday, November 2nd with Celebrant Bernadette Schneider officiating. Memorial gifts in Sue’s memory may be made to Victoria’s Quilts, Climax Chapter, Box 329, Climax, Saskatchewan, S0N 0N0.