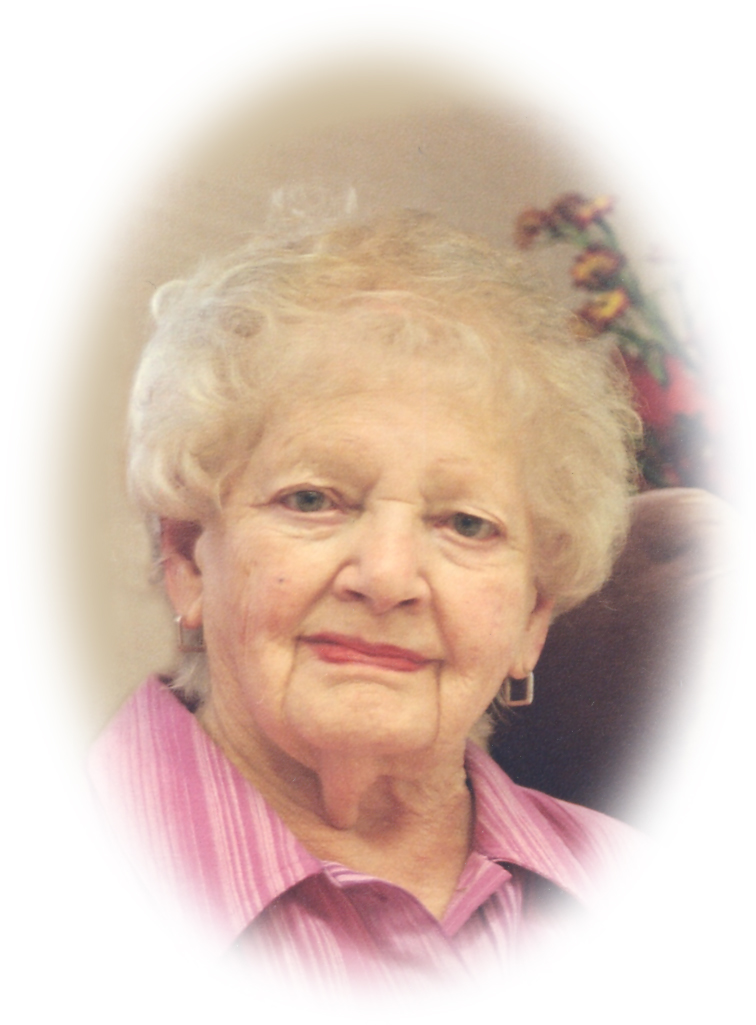 ADAM – Bertha (Betty) Adam, age 96 years, from Eastend, Saskatchewan, died peacefully with family by her side on Saturday, March 12, 2016, at the Eastend Wolf Willow Health Centre.
Betty was born on September 28, 1919, at her family farm near Golden Prairie, Saskatchewan. She was the second of seven children and was brought into this world by her Grandmother Neitz who was the local midwife. Betty grew up around Golden Prairie where she went to Rosenfeld School. She was a member of the Rosenfeld Baptist Church and this is where she met her husband William (Bill) Adam. After several years of courtship, Bill and Betty were married in 1942 in Medicine Hat, Alberta. Their two sons were born shortly after and they continued to farm in the Golden Prairie District until 1956. They lived in Maple Creek for a short period, then in 1958 moved to the Amie Huffman farm near Eastend, Saskatchewan, which they rented and eventually purchased. Betty loved the farm and was always actively involved.  She hauled grain, checked on the cattle, and took good care of the chickens. They lived on the farm until 1974 and then moved into a new house in the town of Eastend, but Bill died a few short weeks later. After Bill’s passing, Betty continued to be involved with the farm and worked at the Eastend Wolf Willow Lodge and Riverside Motel. She was an avid card and games player, loved to garden and was active in the Rebekah Lodge and Eastend Activity Centre. Betty loved to spend time with her grandchildren, and played a very active role in their lives.
Betty was predeceased by her husband Bill; her parents Christina and Philip Neitz; her mother-in-law and father-in-law Christof and Katherine Adam; her siblings Alvina (Gust) Jaster, Robert (Isabel) Neitz, Paul (Margaret) Neitz and Ruth Neitz; brothers-in-law Alfred Adam, Harold Adam and Paul Hehr; sisters-in-law Ruth Becker, Freda Adam and Esther Adam.
Betty is survived by her son Stewart (Sharon) Adam, grandson Jarret Adam and his daughter Jessie, grandson Travis Adam; son Dwight (Candy) Adam, grandson Mark (Chantelle) Adam and their sons Bennett and Charlie, granddaughter Michelle Adam (Lee Racette) and their daughters Jade and Jamie; granddaughter Lindsay (Chris) Holland and their daughters Isla and Rosalyn; brother Ernest (Irene) Neitz; brother Harry (Maureen) Neitz; sisters-in-law Edna Adam, Myrtle Adam, Mary (Roy) Hehr, Leone Hehr; as well as numerous nieces and nephews and their families.
Funeral Services were held from Eastend United Church in Eastend on Thursday, March 17, 2016 at 2:00 p.m. with Minister Shelby Kinrade officiating. Interment took place at Riverside Cemetery at Eastend. Pallbearers were Jarret Adam, Travis Adam, Mark Adam, Lee Racette, Dean Neitz and Dwayne Neitz. Binkley’s Funeral Service of Shaunavon (www.Binkleys.com) was in charge of the arrangements.