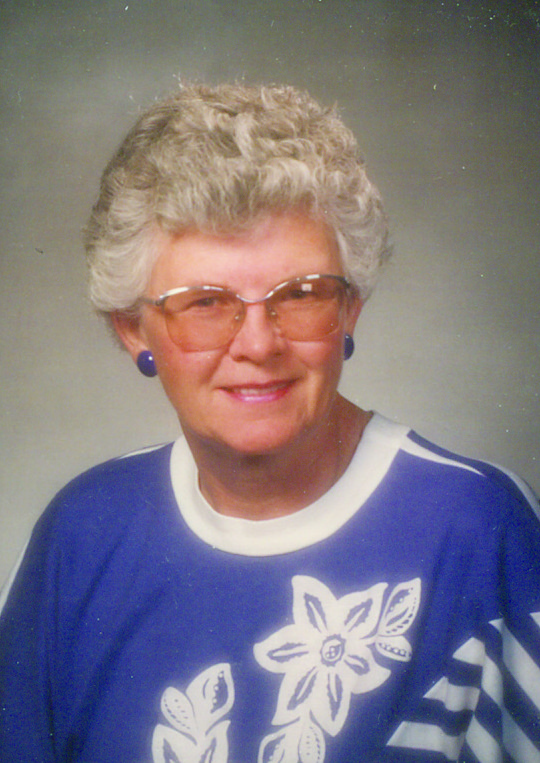 HARTLEY – Isobel Madge
Isobel was born in Moose Jaw on February 22, 1933. She passed away in Maple Creek on March 26, 2016. Isobel endured a difficult three-decade battle with Multiple Sclerosis, but in the end lost a battle against cancer. She was 83 years old.
Isobel is predeceased by her father Bruce in 1972 and her mother Dorothy in 1982 and her husband Norman in 1985. Also predeceased by her brother Charlie and sister-in-law Marj, her brother Howard and sister-in-law Vivian, her brother John and sister-in-law Ruth and her brother Don and sister-in-law Mavis.
Isobel is survived by her sister Betty Newton, her daughter Laura (Colin) Sutherland, grandson Chris Domokos and son Dan. Also survived by many nieces, nephews and friends.
Isobel was the daughter of Bruce Jaques and Dorothy Nelson. Her father farmed in the Briercrest district and married Dorothy, originally from Maple Creek, who had attained a teaching position in the village of Briercrest after graduating from the Regina Teacher’s College.
Isobel was raised on the family farm, four miles northeast of Briercrest. After graduation, she worked for a while at the Royal Bank in Moose Jaw. She had been dating Norman Hartley, who farmed a few miles west of Briercrest. They were married on October 11, 1952.
Active in The Order of the Eastern Star for over thirty years, was awarded Grand Trustee, Province of Saskatchewan and attended General Grand Chapter in Anaheim, California.
She excelled in bridge and attained life master’s status in duplicate bridge.
Prior to being set back with Multiple Sclerosis and in her younger days, Isobel was athletic and competitive in softball, curling, water-skiing and badminton. She enjoyed horseback riding and had great marksmanship.
Isobel raced snowmobiles in oval track competitions in Saskatchewan where she was the only female against a field of men, and won many of those competitions. She also logged thousands of miles riding her own motorcycles.
One of her greatest passions was her garden at the farm, near Briercrest. It was an oasis on the prairies, with fruit trees and irrigated patches of flowers and vegetables of all kinds.
Isobel spent the past nine years in the Town of Maple Creek, where she made many friends. She enjoyed the community and her scenic trips in the Cypress Hills.
Her memorial service is to be held at the Moose Jaw Funeral Home, Moose Jaw, Sask. on Tues., Apr. 5 at 1:30 p.m.
Those wishing to make  a donation, please consider the Multiple Sclerosis Society of Canada or the Canadian Cancer Society.