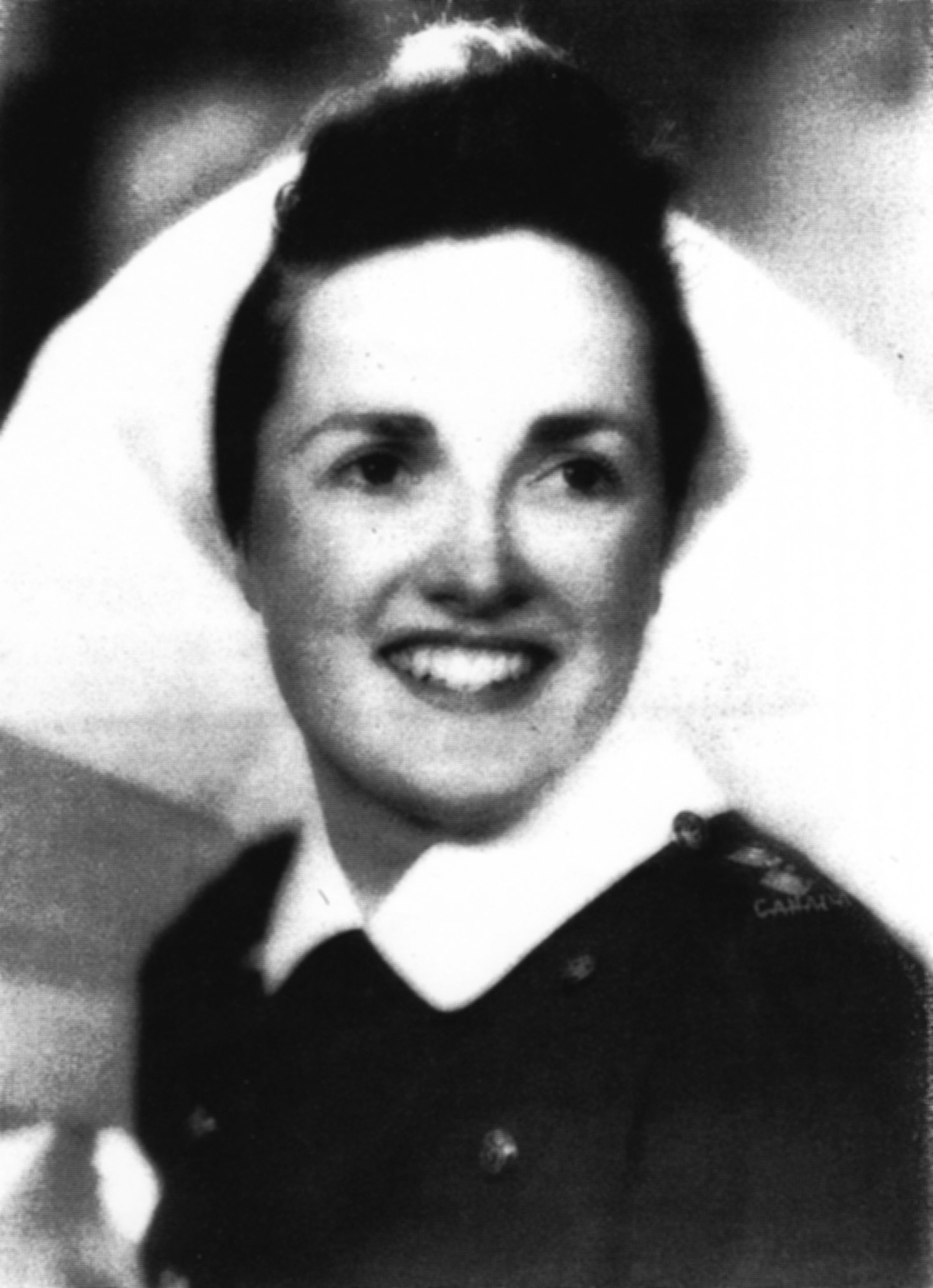 CAMPBELL – Mary Elisabeth “Betty” (nee Herringer)
In her 100th year, passed away peacefully on Tuesday, March 29, 2016, with her family by her side in Georgetown, Ontario.
Beloved wife for 63 years of the late Alex “Sandy”.  Betty and Sandy met in England during WWII and were married in Betty’s home town of Maple Creek, Saskatchewan in December 1947.
Survived by loving family Ian (Sandra) of Stoney Creek, Hugh (Jennifer) of Bolton and Christine (Brian) of Georgetown.  A mentor, great admirer of and Nana to grandchildren Colin, Heather and Susan.  Predeceased by her parents George and Alma (nee James), sisters Helen, Noreen, Tish, Jose, Rosemary and brothers Jim and Bill.
Betty attended the University of Toronto and was a graduate of St. Michael’s Hospital School of Nursing and in 1942 joined the Royal Canadian Army Corps in Regina, serving as a Lieutenant (Nursing Sister) with No. 8 Canadian General Hospital in England, France, Belgium and Holland.  Betty’s loyalty and compassion were among her many strengths.  Betty was President of the Nursing Sisters Association of Canada (Toronto) and was honoured as an official delegate to represent the 4,600 military nurses who served during WWII at the 50th Anniversary to commemorate the liberation of Holland in May 1995.  Betty was an active social and golfing member of Lambton Golf and Country Club, Toronto and was past President of the Ladies 9 Hole section.  A member of the Baby Point Club, the Royal Military Institute, Caledon Ski Club & the Fort York Branch of the Royal Canadian Legion.
Betty had a life well lived.  The rest of the family wish to thank Christine and Brian for their care and compassion.
Friends may call at the Turner & Porter Yorke Chapel, 2357 Bloor St. W., at Windermere, east of the Jane Subway, on Tuesday, April 5, 2016 from 10 a.m. until time of Service in the Chapel at 11 a.m.  For those who wish, donations in Betty’s memory may be made to the Canadian Nurses Foundation Scholarship Fund, 50 Driveway, Ottawa, ON K2P 1E2.  Condolences may be made to betty.campbell.family@gmail.com.
Turner & Porter