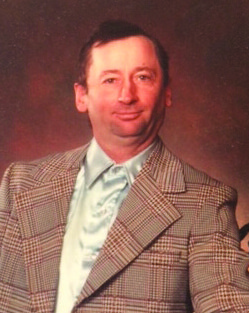 HUERY – Michael Huery was born Nov. 23, 1944 and passed away peacefully in his home on April 28, 2016. Mike was born and grew up on the family farm south of Robsart, Sask. until he moved to Maple Creek in his retirement in 2008. Mike had a big heart for his family and animals. He was always there for you to lend a helping hand, his kindness and generosity were beyond compare.
He was predeceased by his mother, Annie, and father, Fred Huery, his infant brother, Mike, sister, Mary Breton, and brother-in-law, Leo Breton. He was also predeceased by his brother, Fred Huery, Jr., sister-in-law, Joyce Huery, brother, John Huery, and brother-in-law, Bob Hamilton.
Mike is survived by his twin sister May Hamilton and numerous nieces and nephews.
A funeral service was held on Wednesday, May 4, 2016 at 10:30 a.m. at the St. Lawrence Catholic Church in Maple Creek, Sask. with Father Prince Kurisinkal officiating. Interment took place at the Maple Creek Cemetery.
Binkley’s Funeral Service Maple Creek & Leader in charge of arrangements, 306-662-2292. http://www.binkleysfuneralservice.com