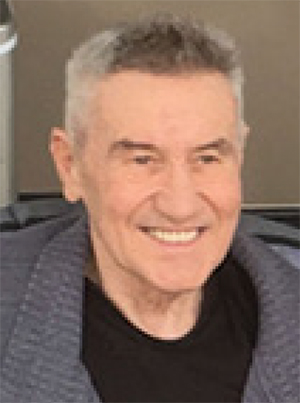 HELLMAN – The morning of June 17, heaven received another angel when Ron Hellman of Richmound, passed away with his beloved wife Debbie and his family at his side. Ron and his twin sister Rose, were born on August 25, 1946, to Nick and Theresa Hellman, completing the family of eight children.

Ron lived in Richmound all his life except for the last 18 months when he was a resident of the Long Term Care Home in Maple Creek. Ron was a farmer, even when he became ill, he still needed to talk to Troy every night to see what was going on at the farm and how the crop was growing. Ron also went for a two year mechanic course at SAIT in Calgary; he was a great fixer. His love for his family and his grandchildren, especially his grandchildren was quite visible. After being ill for a number of years with lung issues, he got the life saving phone call on August 25, 2014, for a double lung transplant. It was a blessing that we were able to have him with us for another 3 ½ years which was not easy for Ron, but he still had the twinkle in his eye and a smile on his face. Ron’s deep faith helped him through this difficult time. He loved to socialize, curl, play golf and baseball. He was a member of the Knights of Columbus and a member of the Richmound Lions Club until ill health forced him to quit. Of course coffee row was always a big thing in his life, either at the hall, at Donald’s shop or at Midfield with Kim and Carey. Ron loved watching the Saskatchewan Roughriders and the Toronto Blue Jays. He loved all shows nature, and if anyone wanted to know anything about birds etc. they just had to ask Ron and he usually knew the answer. We will miss you so much but your pain is gone. Love you now and forever. “Life is a journey – Enjoy it. Don’t count the days make the days count”.

Family and friends gathered for prayers in the PATTISON CHAPEL on Friday evening at 7:00 p.m.   The funeral mass was celebrated in Holy Family Parish (1451 Strachan Road SE) on Saturday, June 23, 2018 at 11:00 a.m. with Fr. Philip Le celebrant. As an expression of sympathy donations may be made to the Alberta Lung Association, P.O. Box 4700, Station South, Edmonton, AB T6E 9Z9. To e-mail an expression of sympathy, please direct it to: pattfh@telusplanet.net subject heading: Ronald Hellman, or you may visit http://www.pattisonfuneralhome.com and leave a message of condolence.