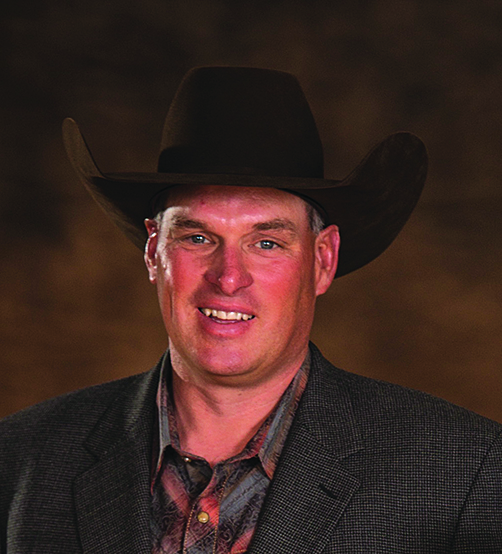 Scott James Edward Pridmore was born on November 30, 1971, in the Maple Creek hospital. He was the first of two children born to Brian and Donna Pridmore, and he spent his entire life at 33 -5-27 W3 on the banks of Battle Creek. He passed away suddenly on September 15, 2019 at age 47.

It was a busy life, going to school from K to 12 in Consul, riding horses, helping with ranch work and become a proficient participant at team roping. Many hours were spent at the Brost arena with Clinton and Darryl.

He enjoyed sports, playing baseball, hockey, and doing all those fun kid activities with neighbour buddies Bruce, Deanna, and Billie Jo Johnson, along with sister Jennifer. In later school years it was volleyball and basketball. Scott was a member of the Robsart Light Horse 4H club for many years, then changing to Outdoorsman. He was selected to participate in the Saskatchewan Summer Games at Melfort as part of the Team Southwest, taking part in shooting.

Scott enjoyed people — visiting, hunting, camping, visiting, team roping, golfing, and visiting. One year was spent at Olds College in an Agriculture course. He was one of the original committee members of Reno Rodeo and Ag Society.

Scott enjoyed going places. One trip was a train ride with Chuck and John B., leaving Havre, Montana and travelling to Spokane Washington, then by car to Pendleton, Oregon to visit Dan Black, a college student there.

Another trip was with Randy Ames, piloted by Clint Clark, to Texas. While there they took in a football game, and a tour of the massive Stockyards at Fort Worth. His last big trip was to Louisville, Kentucky with Bruce Johnson, to visit the Vermeer plant, and taste a little Southern comfort or mint julep.

Solid friendships were established in those young years that continue to this day. This strong bond of friendship has helped to carry us through this difficult time of Scott’s untimely death.

Scott was extremely proud of his children- Brett, Denton and Gina and all their accomplishments. He followed the boys in their hockey and football endeavors, and Gina with her dance and rodeo events, as well as their school activities.

A Celebration of Life was held at the Consul Skating Rink on Friday, September 20, 2019 with Mistress of Ceremonies Deb Reamer, his former teacher and friend, Bruce Johnson presenting the eulogy, Garth Howell providing music and all those who shared in his life.

Cremation and a private family gathering to disperse his ashes at a later time.

The family would like to express their sincere appreciation for the many acts of kindness during this difficult time — a hug, a word, a gift of food, flowers or cards, and for just being there for us all.

If anyone would like to make a donation on Scott’s behalf, the family has suggested the Consul Rink or the Reno Rodeo & Ag Society.

Binkley’s Funeral Service, Maple Creek & Leader entrusted with arrangements. Condolences may be offered to the family at binkleysfuneralservice.com