Battle of the Little Big Puck: Was this the best one yet? 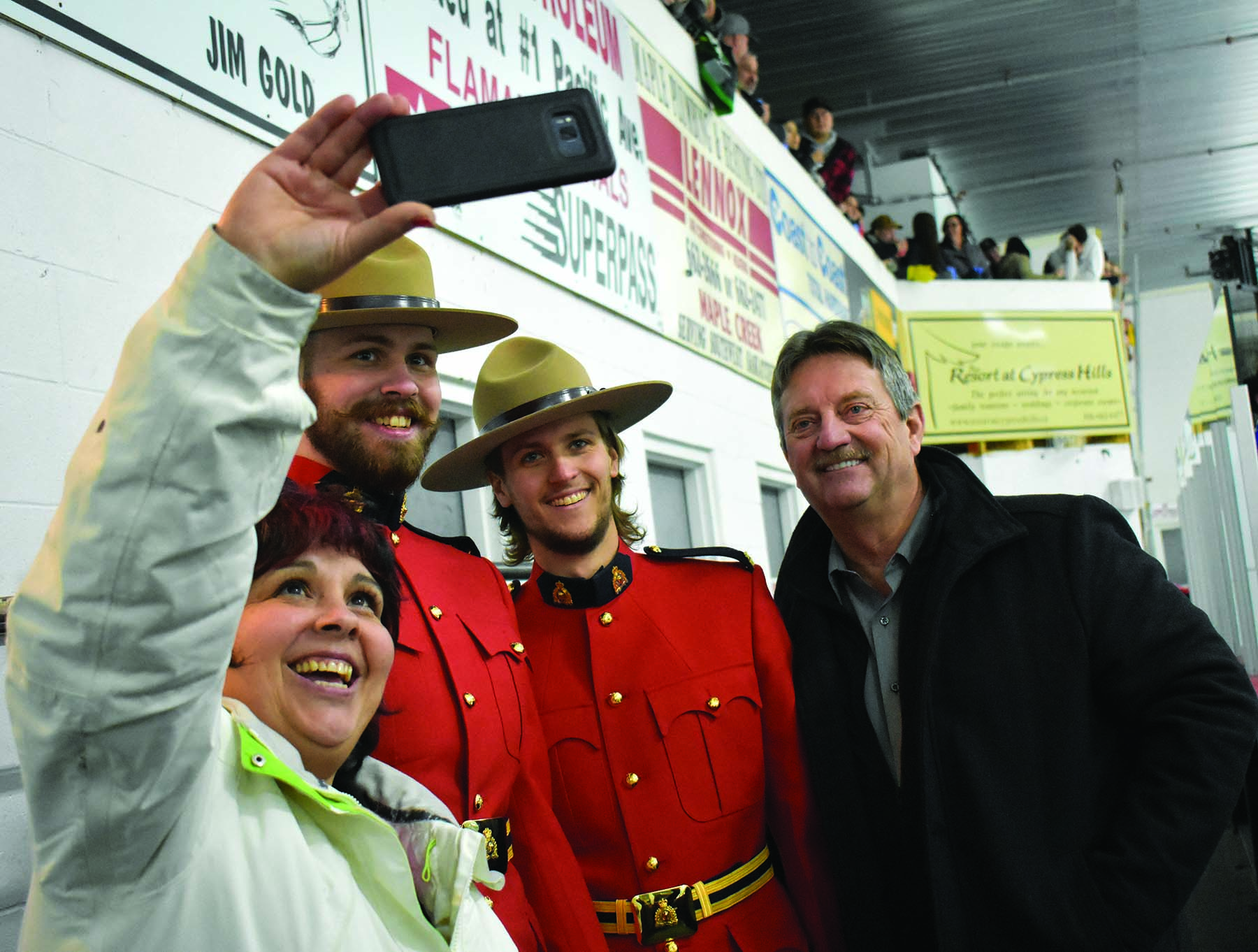 Was this the most successful ever Battle of the Little Big Puck?

At the time of going to press, the final fundraising figure had not been worked out. However, a conservative guesstimate put it at around $6,500.

“I expect it will be more than that,” said Barry Elderkin, a Town Councillor and treasurer of the Southwest Healthcare Trust Board, the day after the event.

“We certainly raised more than last year. It was a really good fundraiser and we are very grateful for a donation, particularly as there are other good causes in the community.”

Elderkin said it was hard to gauge how many people came, but he reckoned the attendance could have topped 900.

To put fundraising figures in perspective, the News-Times looked through the archives over the last decade. This is what we found:

Since the Trust Fund’s establishment, the Battle of the Little Big Puck has raised more than $43,000 for the local hospital. That amount has now just climbed significantly, perhaps clearing $50,000.

Saturday evening saw the 38th edition of Maple Creek’s premier gala event, featuring a hockey game between Cowboys and Indians, yet signifying so much more than sporting endeavour. This one was won 14-11 by the Cowboys. Although keenly contested, a spirit of goodwill prevailed.

Often described as truly “Maple Creek”, it celebrates a relationship dating back to the 19th century between the Nekaneet band, independent people who wished to remain in the hill areas, and ranchers. Mutual respect, fellowship and sportsmanship are the hallmarks of the special occasion.

Long before the scheduled 7 pm start of the game, it was clear the arena was going to be teeming. Lengthy queues had formed as people waited to pay the $7 admission ($5 for 12 and under) and have a hand stamped.

The foyer had a carnival-style atmosphere with tables set up promoting organizations and events. One belonged to The Good Foundation Inc., a local non-profit charitable organization for grief and loss support, which is run by Tracy Bowie, Tina Winsor and Lena Blakley.

The charity is holding an “Everyday Heroes Are All Around Us” prime rib fundraising banquet on Saturday, February 29 at the Armoury featuring guest speakers Toby and Bernadine Boulet, parents of Humboldt Bronco Logan Boulet.

Winsor said she was delighted to enjoy the atmosphere of the Battle of the Little Big Puck.

“I think it’s a wonderful event that brings people together,” she said.

From where they sat, the pair could glimpse the scoreboard, but not the action. They both had partners playing for the Indians – cousins Gilbert Oakes and Clarence Oakes – but the outcome of the game was not a primary concern.

“I’m kind of impartial to it all,” smiled Sherie, who was born in Porcupine Plain, but considers Maple Creek her home. “I think the game is part of our community history and is important to a lot of people.”

Michelle McKenzie, the Mayor, spent the evening on security duty in the jam-packed mezzanine area.

To McKenzie, the Battle of the Little Big Puck represents a unique meeting of ranching and indigenous cultures. As a Metis woman, she feels an affinity with both sides.

“We need to be together to survive as a community,” she said.

McKenzie was encouraged by the large attendance.

“If you look around, you will see a lot of young faces,” she said. “It’s so good to see that because young people are the future.

I believe there are more young people at the event today than there were 20 years ago.”

Before the puck was dropped, tributes were paid to two much loved and admired members of the community: Tyler Mosquito and Nick Demchenko.

The game itself ebbed and flowed, with the Cowboys repeatedly surging ahead only to be pegged back. By the start of the third period, the score was 7-7. Players had emerged from their dressing rooms in full regalia: Cowboys wore chaps, flannel shirts and hats, while Indians painted their faces and donned deer hide and spectacular headdresses.

This was the moment when cameras came out. They not only captured the pageantry, but also a compelling finale to the game. Once again, the Cowboys went on a charge, scoring goals in clusters. Once again, the Indians hit back.

Joe Braniff came off the ice, his face coated in sweat but wearing a broad smile.

“I survived,” he said. “You may get older, fatter and slower, but the games mean just as much as they did 37 years ago, perhaps even more. In all honesty, maybe I’m saying this because I’m a little older, but I think this was the best game we ever had.

“We kept it local on both teams. This was a really good hockey game. In fact, for a rec level game, this was as good as it gets. Don’t forget none of these guys have played together before.

“I was very impressed with the calibre of the game, the tempo and the parity, Both sides were even. It was very competitive, but the goodwill was still there.”

Braniff played all three periods, scoring a goal. Although it is not unusual for him to score, he gets an extra buzz these days when he finds the net.

Braniff was buoyed by the number of spectators and the splendour of the occasion.

“This was an excellent crowd and credit to the players on both teams. Some guys are pretty good hockey players but don’t play much any more. Some of us are out of shape. Some guys don’t play at all. We put ourselves before the public eye. We set ourselves up for teasing and ridicule and everything else, but it’s all for charity and tradition. I tip my hat to them.”

A bonus for Braniff was to be awarded a “most sportsmanlike” award.

“In my early days of playing hockey I never thought I would get that,” he laughed. “It’s a really special treat.”

He added: “All in all this was another big success. It’s such an honour and privilege to be a part of it. It’s such a privilege to see communities come together. This event might even mean more than it id. You really treasure these moments. I tell everyone who comes into our dressing room that it is a privilege to play in this game. Whether you play one time or twenty times, it’s special.”

For organizer and Nekaneet councillor Dale Mosquito, the Battle of the Little Big Puck is a family event. On Saturday, he played with his sons Chansler and Brett Stanley, Nos 3 and 24.

“There’s such a great energy to the event,” he said. “It’s a good way of breaking up winter.”

Mosquito said the event was Maple Creek’s showcase to the world. Through social media, Nekaneet members who live outside the area would be able to experience it from their living rooms.

“Maybe other communities can learn something from this,” he said.

Among the spectators on Saturday was Doug Steele, Cypress Hills MLA, who met Chief Alvin Francis and enthused about the game on Twitter.

“It’s an amazing event,” Steele told the News-Times. “From small beginnings, it has been going for decades and shows how people can live in harmony.

It’s all about history and heritage, bringing people together and having a great time.”